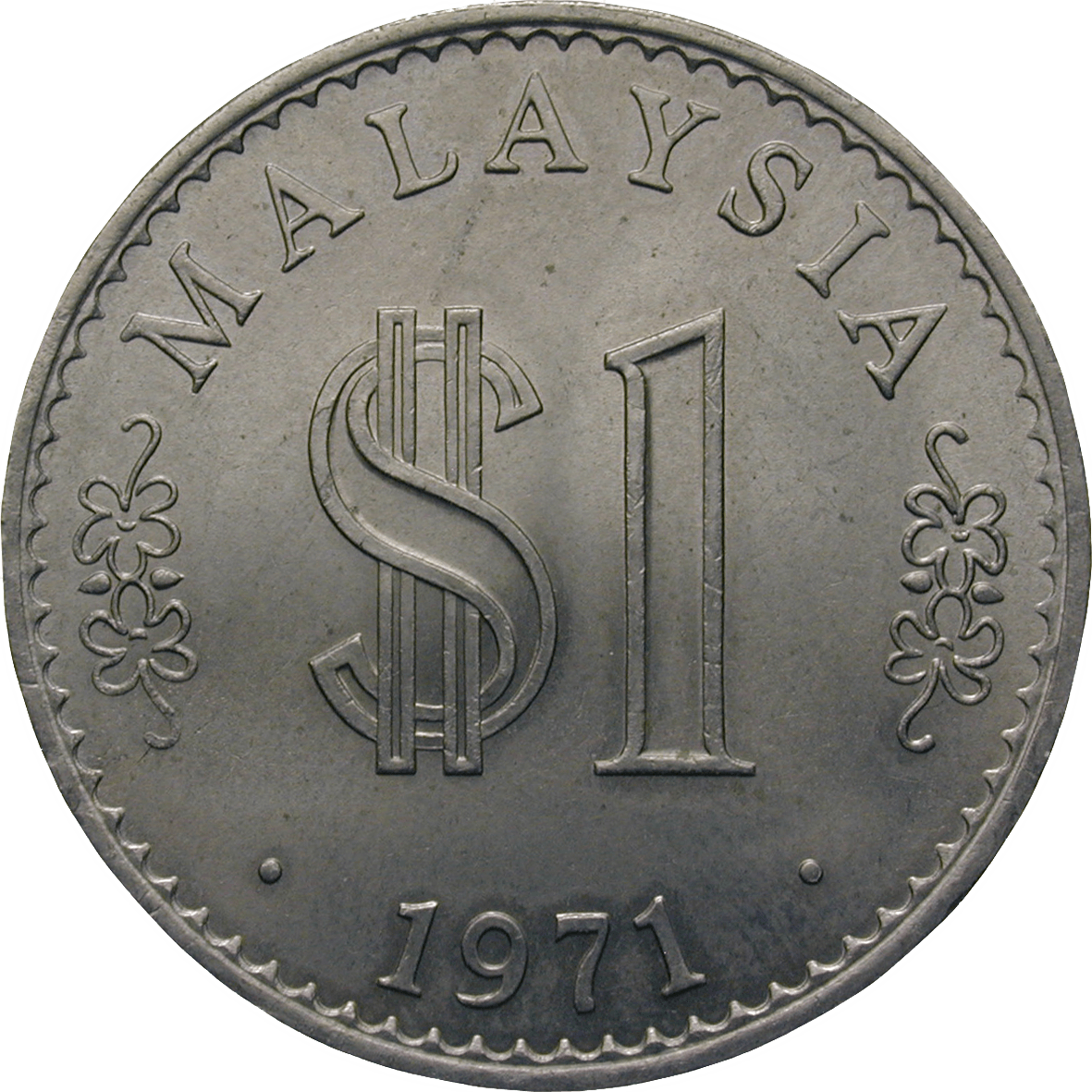 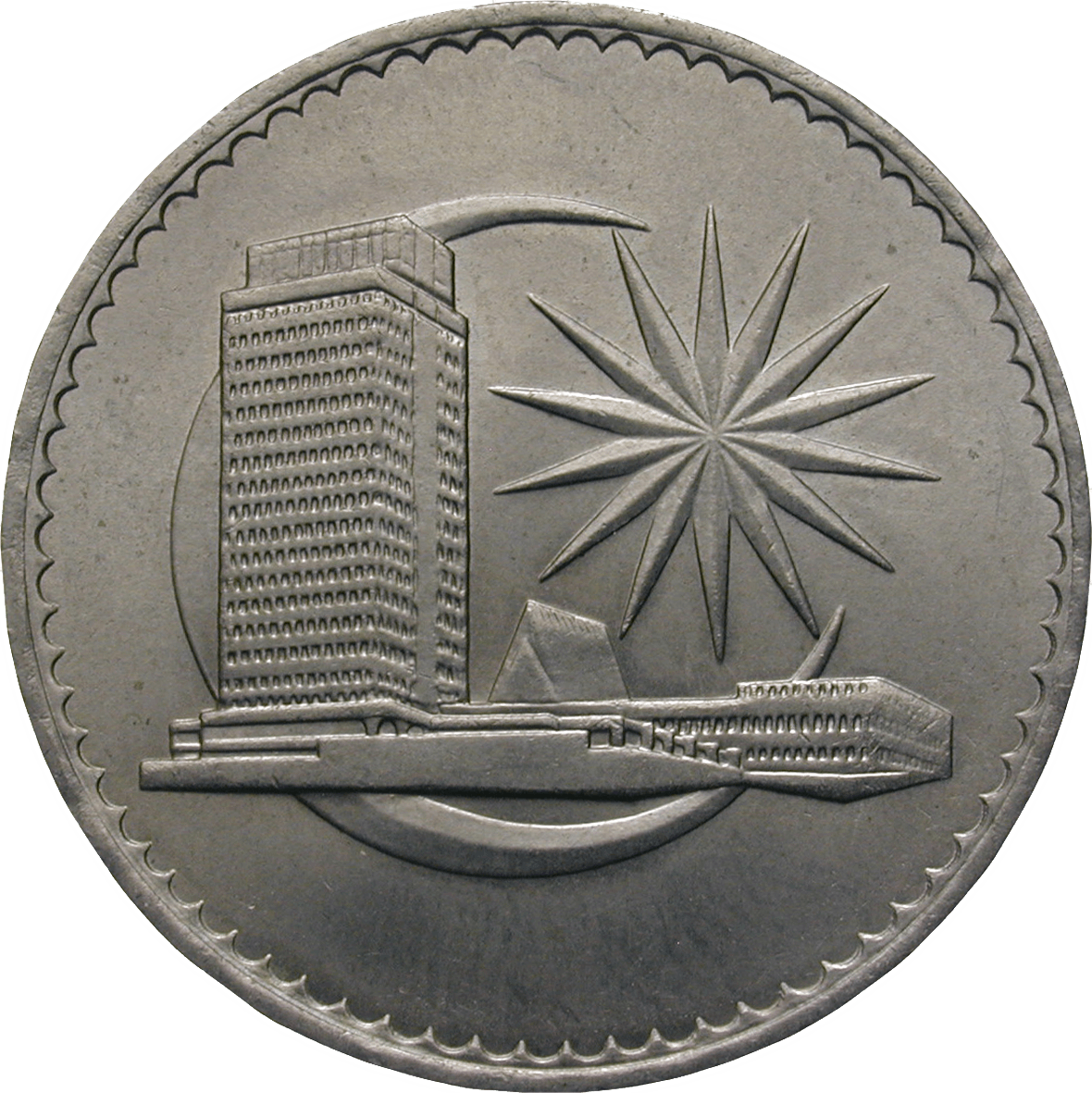 Malaysia consists of a western half on the Malayan Peninsula and an eastern half on the island of Borneo. The western section is located on the Strait of Malacca, which has for centuries been an important and highly frequented shipping crossroad. The economic importance of the passage naturally also drew Europeans into the region. In 1511, Malacca was conquered by the Portuguese, then by the Dutch and finally – toward the end of the 18th century – by the Brits. The latter secured their hegemony across the entire territory of modern-day Malaysia. In 1957, Great Britain granted independence to the colony. The currency of Malaysia is the ringgit, divided into 100 sen. Until 1975 the coins were also known as dollars and cents in English, but since then ringgit is the only official name. The dollar symbol $ was used until the 1990s, however, and only then replaced by RM (for Ringgit Malaysia). Our coin shows the parliament house in Kuala Lumpur together with the Malayan crest, a 14-pointed star and crescent moon.