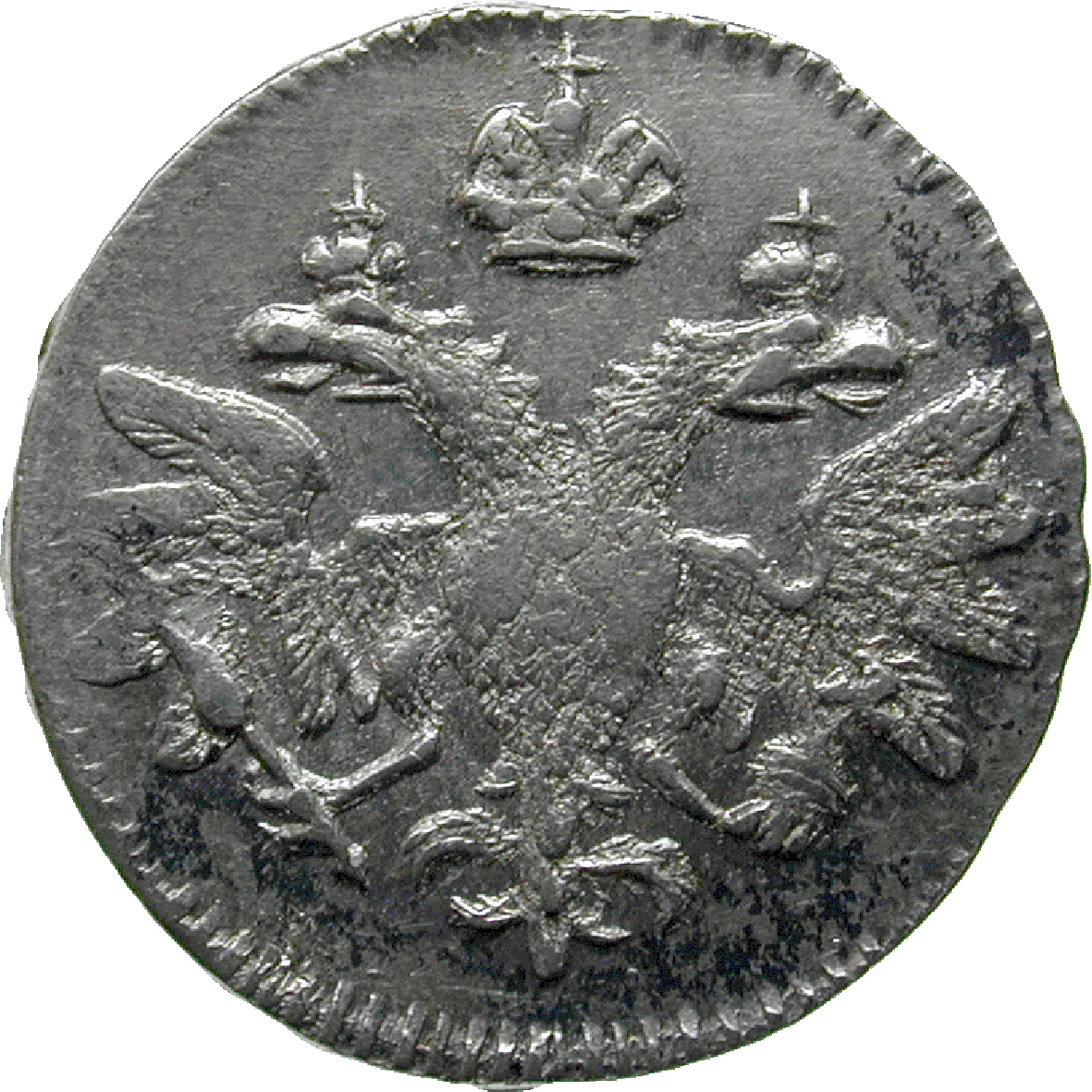 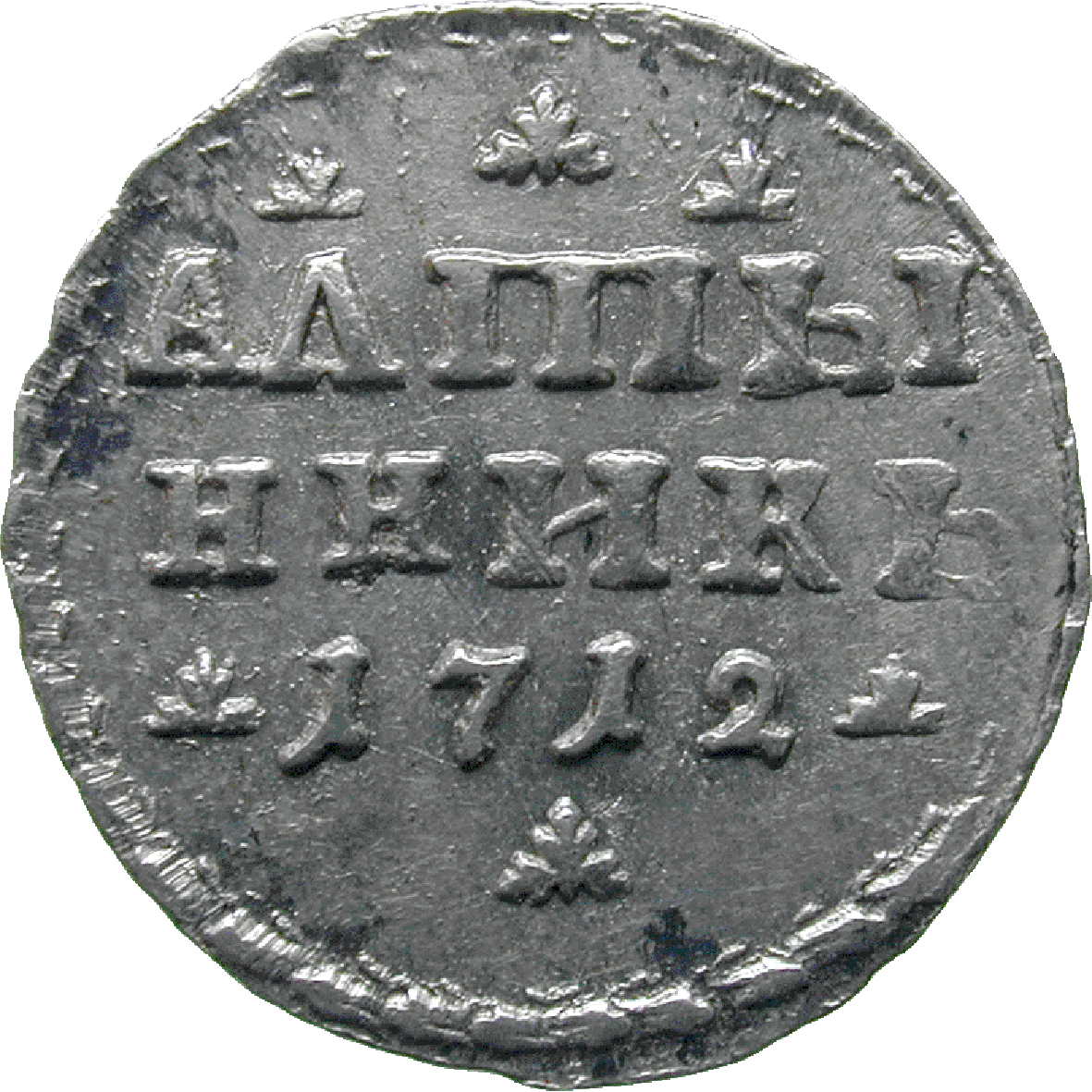 Since 1698, the coinage reform of Peter I (1682-1725), a silver coin worth 3 kopecks was issued and circulated under the name altyn. The coin image showed the double-headed imperial eagle of Russia on the obverse, and the denomination and date on the reverse. Towards the end of his reign, Peter reduced the weight and the silver content of his coins. As a result, the altyn became too small, and too expensive to produce. Its issue was given up, and the altyn disappeared as a silver coin. However, later in the Tsarist Empire, copper coins worth 3 kopecks were called altyn as well. And during the Soviet era, coins from aluminum bronze also known as altyns were in circulation.