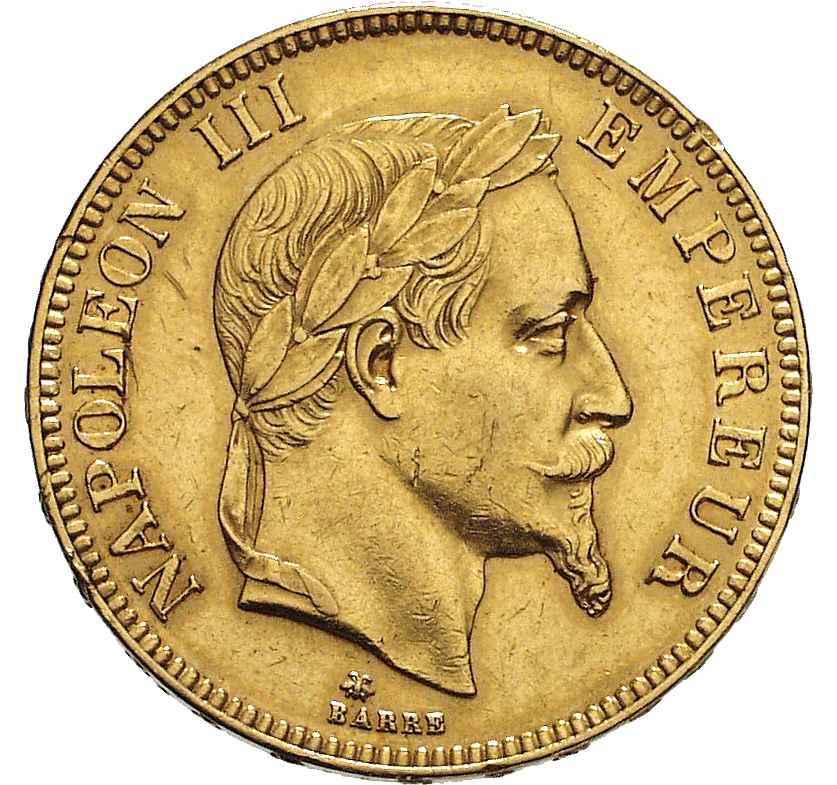 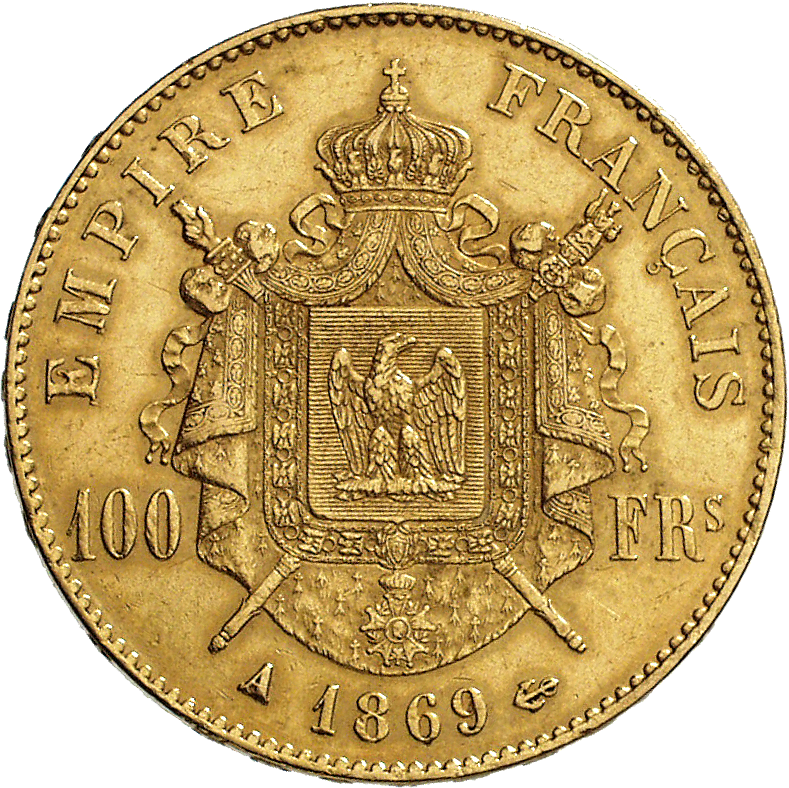 This 100-franc-coin was struck under Napoleon III (1852-1870). The gold finds in California und Australia during the mid-19th century let the price for gold drop considerably, thus allowing the issue of coins at very high values. The coin is minted according to the regulations of the Latin Monetary Union, which France, Belgium, Italy and Switzerland constituted in 1865. The union standardized weight, fineness, form, and stipulated circulation, of gold and silver coins. All coins not consistent with the Union's standards had to be withdrawn from circulation. In return, the coins of the union were accepted as legal tender within the entire territory of the union – just as the euro is today.