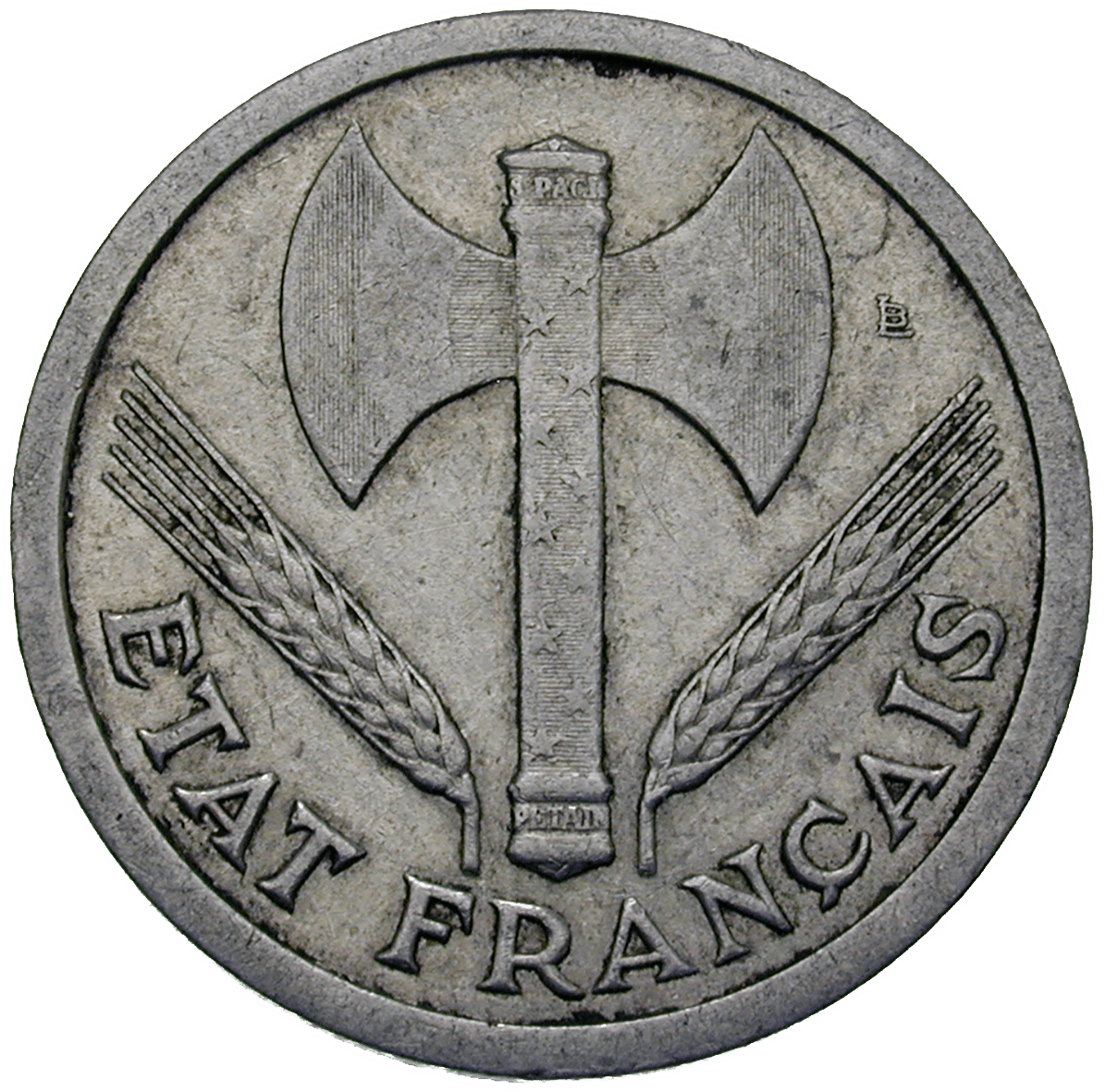 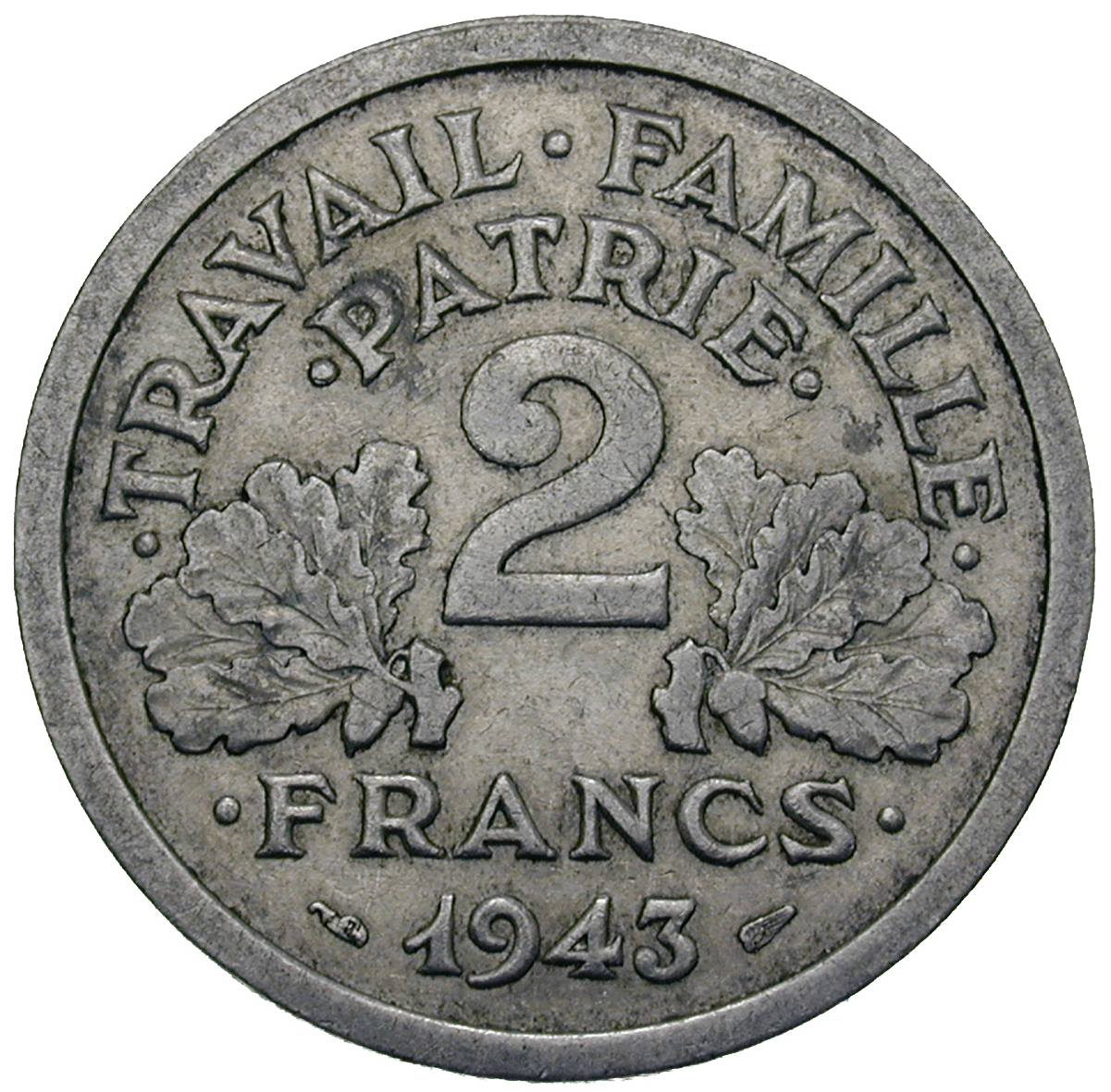 The defeat by Germany and the German invasion of France in June 1940 came as a shock to the French people. Premier Paul Reynaud resigned, and the popular, 84 year-old Vice Premier Philippe Pétain (until 1944) was appointed to institute a new government and to conduct truce negotiations. To replace the Third Republic of France, Pétain established the much smaller État Français; the remains of France were under German authority. The État Français issued zinc coins of 10 and 20 centimes, along with aluminum coins of 50 centimes as well as 1, 2 and 5 francs. The republican motto of liberty, equality, and fraternity on French coins was replaced by TRAVAIL, FAMILLE, PATRIE (Work, family, fatherland). On the obverse of this 2-franc-coin we also see a battle axe, the emblem of the État Français.