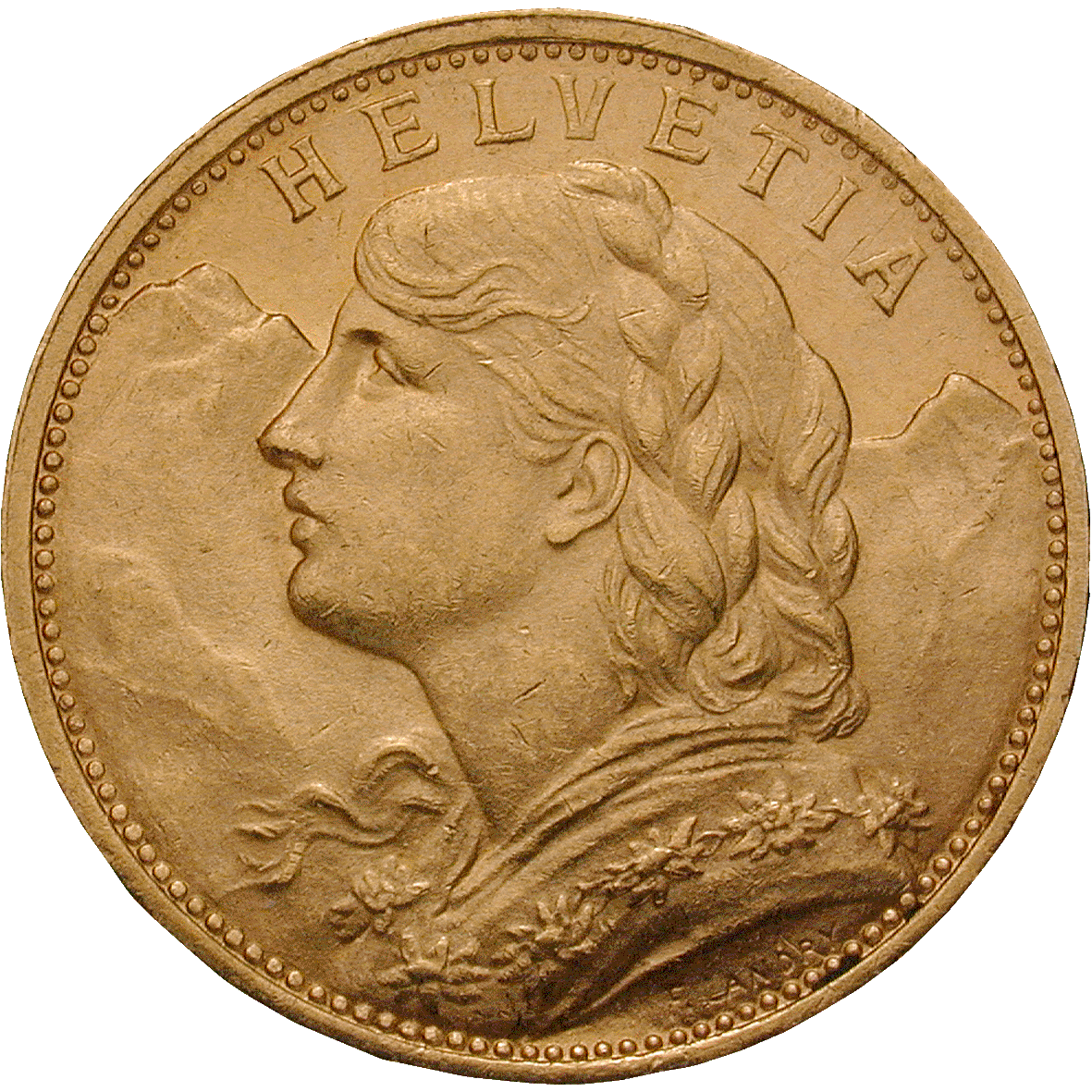 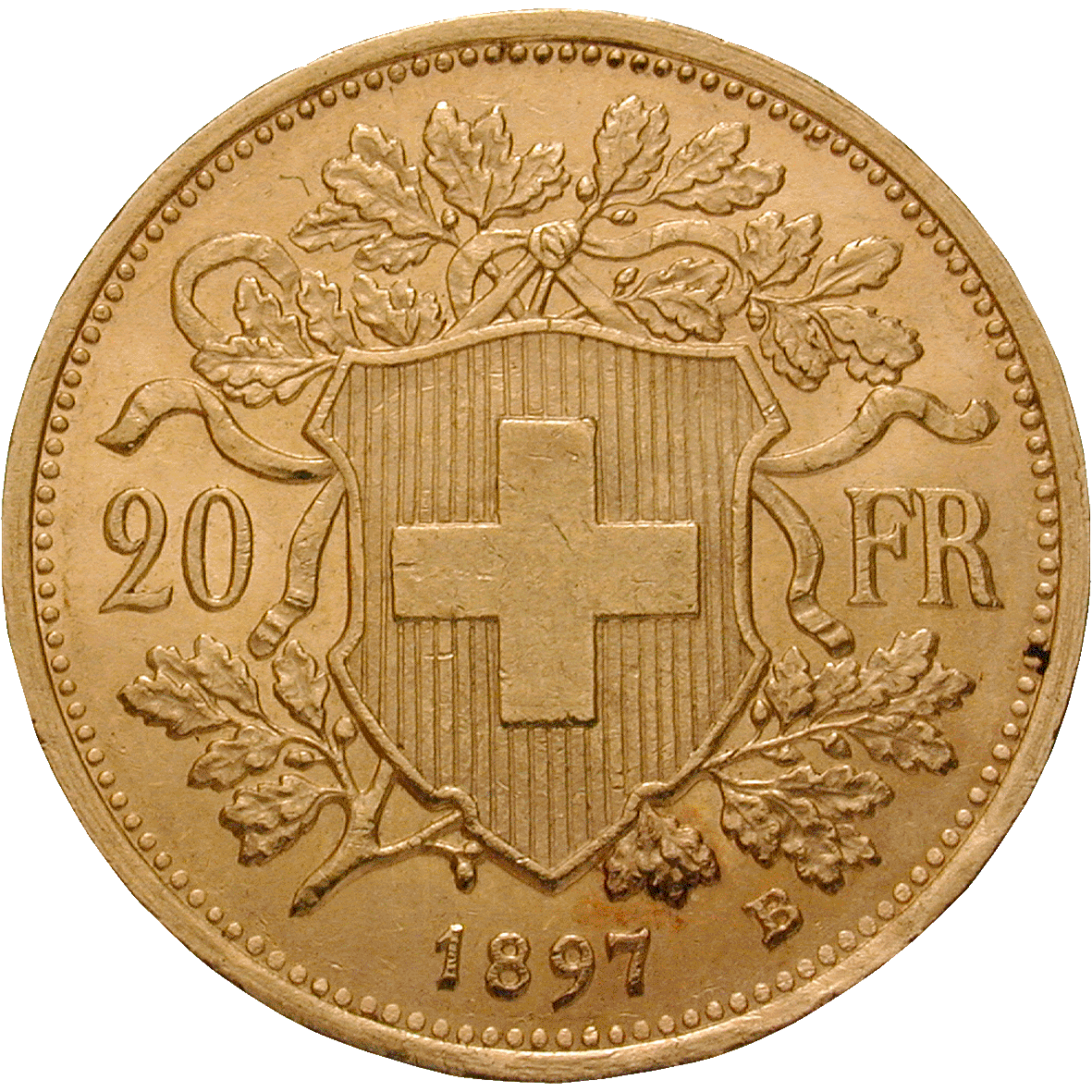 When the 'Vreneli' was introduced in 1897, experts met the coin with scathing criticism. Many of them objected the thought of Switzerland being represented by a young girl; they would rather have had their Helvetia as a beautiful woman and mother of middle age, they said. The Schweizerische Numismatische Rundschau (Swiss Numismatic Review) went even further and wrote, "It would have been better for our country to be allegorized by Wilhelm Tell or the men who swore the oath at the Rütli."

Among the population, however, the soon-to-be famous 'Vreneli' was met with great sympathy. And even nowadays, more than 100 years later, the image of this youthful Helvetia stands out advantageously from other coin motifs of its time. The Vreneli today is considered as one of the most beautiful gold coins of modernity.