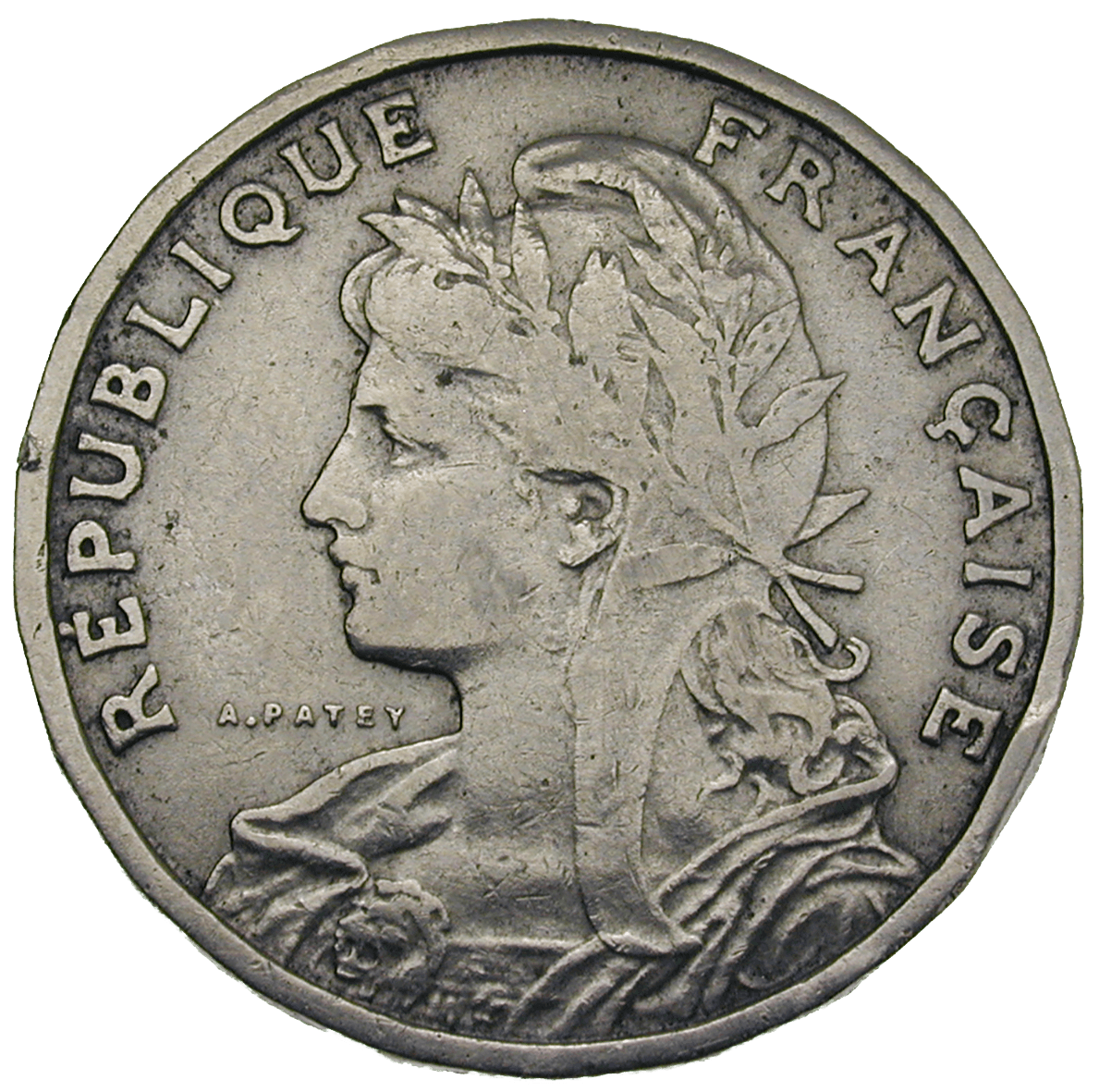 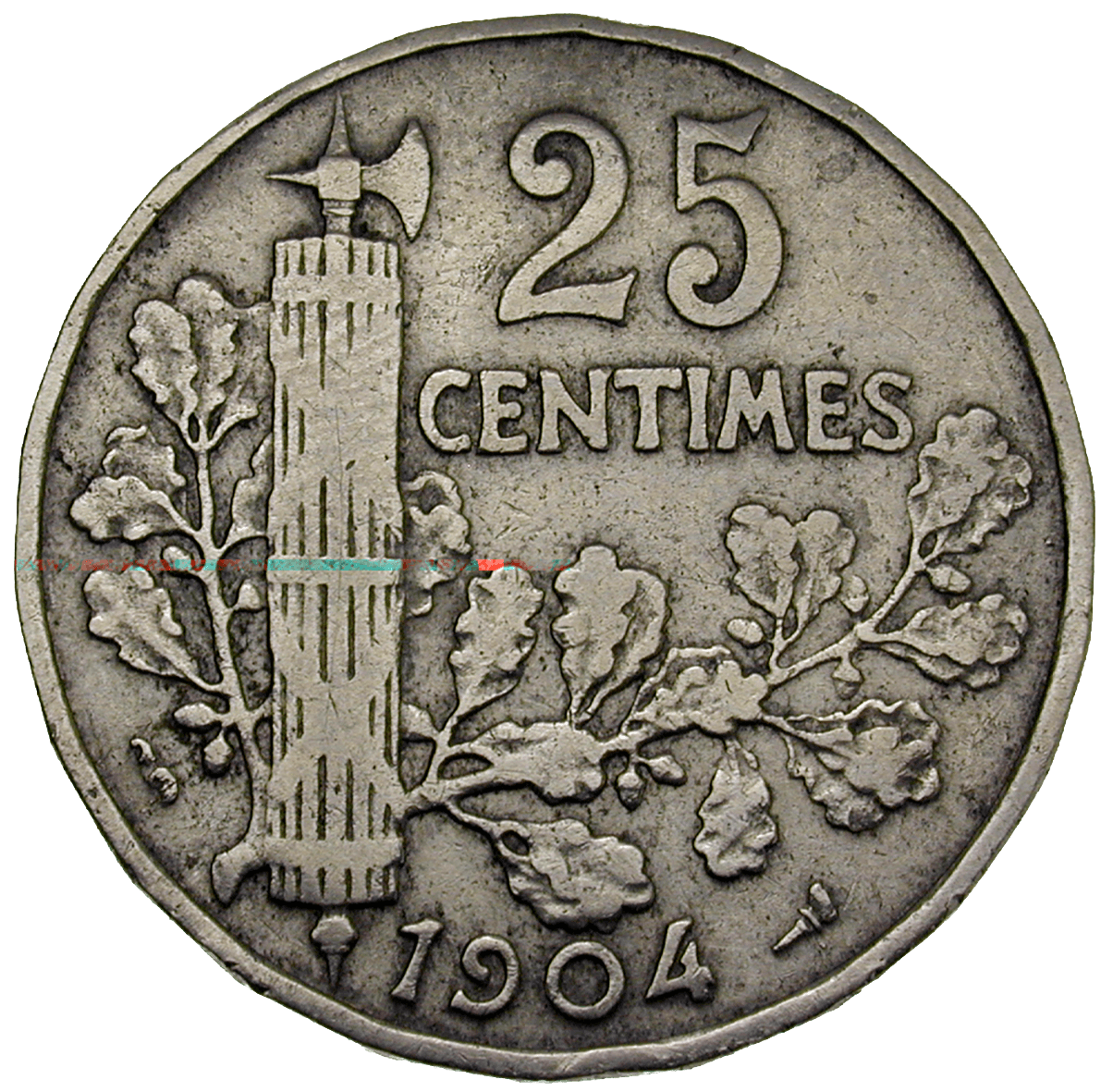 A woman's head wearing a laurel wreath and a liberty cap, a fasces and oak leaves: even without the inscription REPUBLIQUE FRANÇAISE one would guess that a coin carrying these motifs was minted by a republic. The young woman on the obverse is Marianne, the personification of the French Republic. Her cap symbolizes liberty, because in ancient Rome freed slaves had worn such caps with pointed tops. Laurel traditionally stands for victory, while the oak leaves on the reverse represent the people. Fasces, on the other hand, were attributed to high officials in the Roman Republic. They symbolized power and jurisdiction, and the axe in their middle was used to execute death penalties if needed. Altogether, they symbolize the authority of the Republican state.