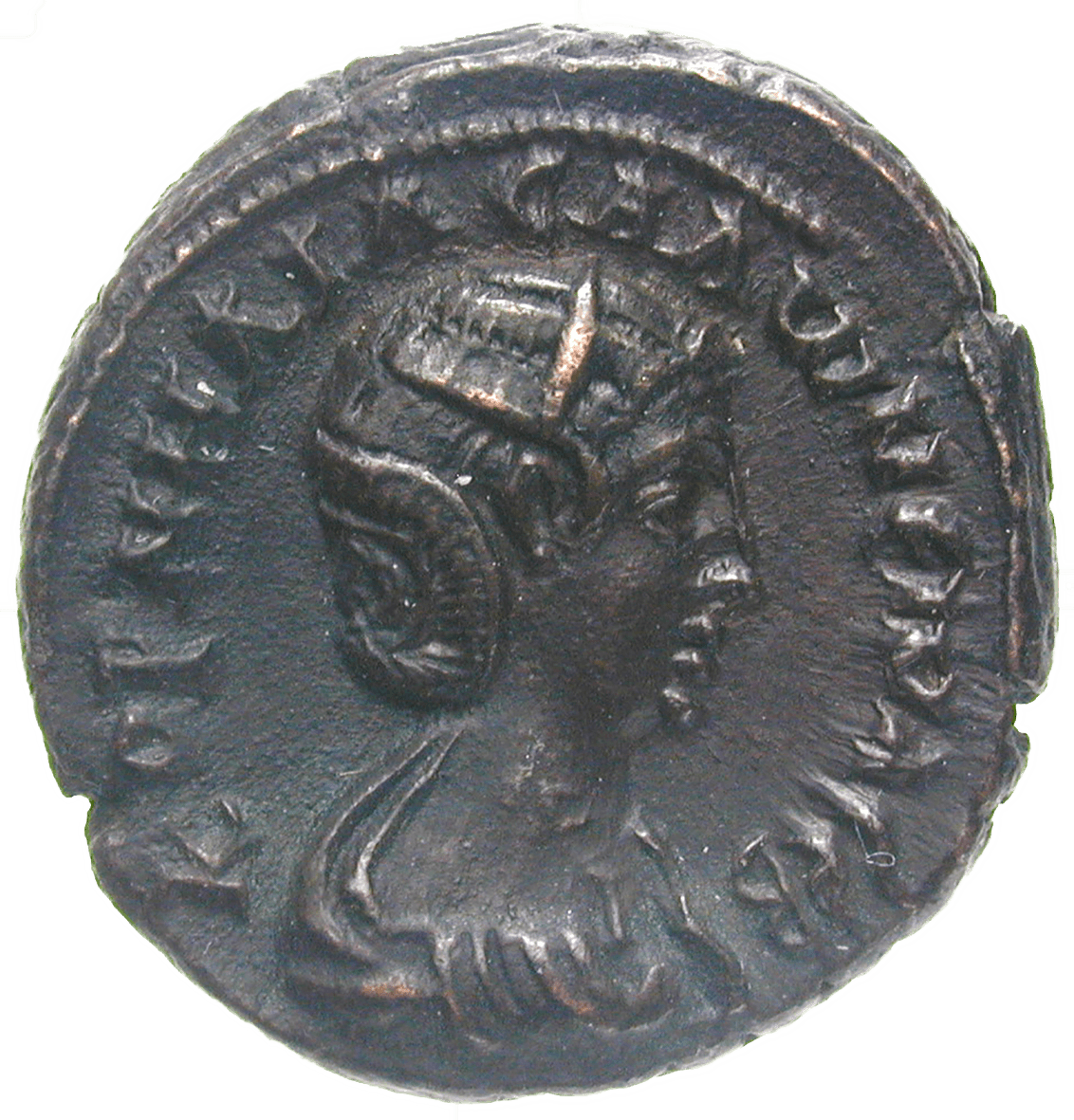 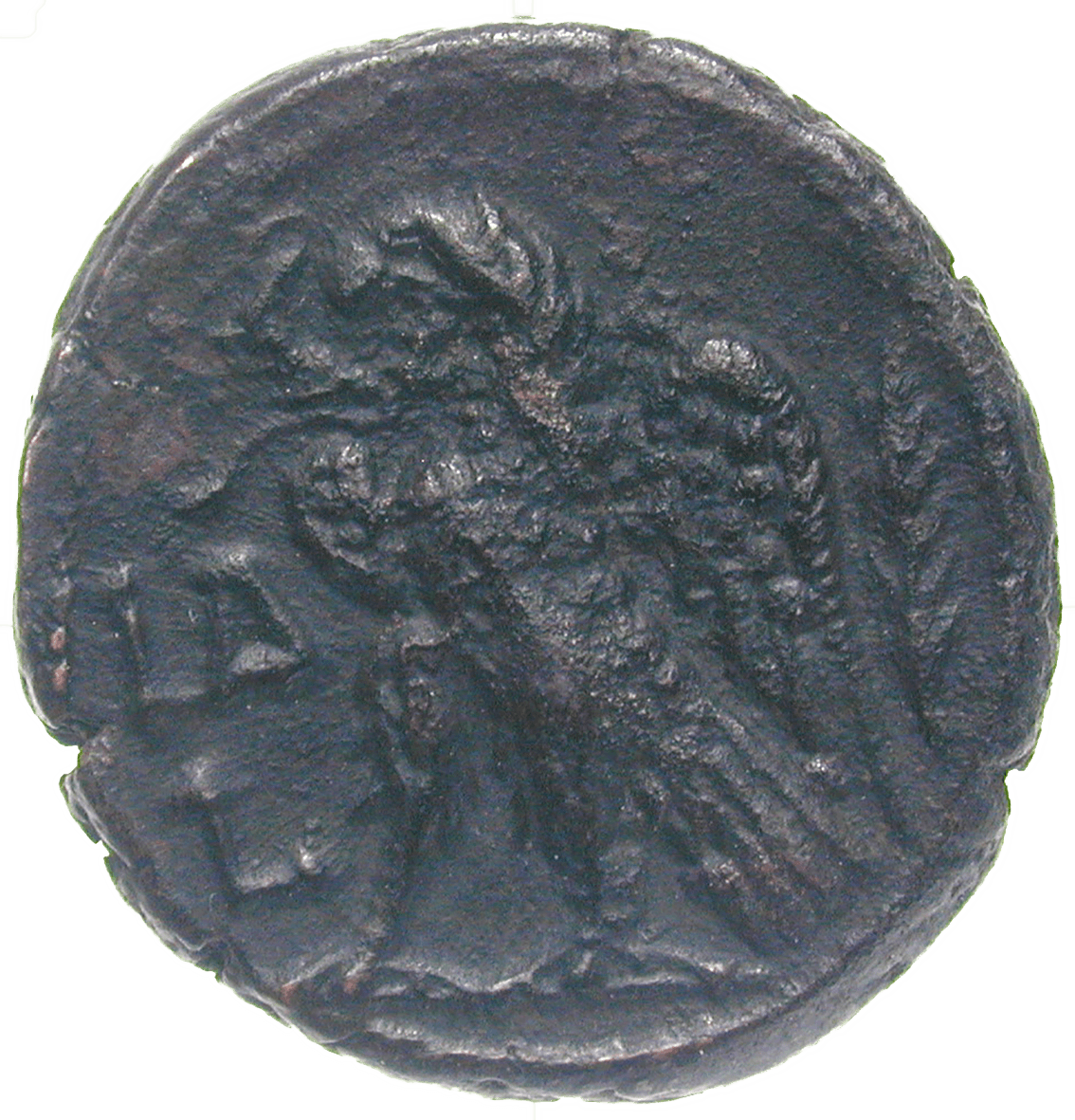 Nothing is known about the Roman Empress Salonina, despite the fact that many coins were struck in her name. Julia Cornelia Salonina Crysogene, as she was called in full, had supposedly been born in Greece. In the year 240 she was married to Gallienus, who would later become emperor (253-267). One year after the coronation of her husband, Salonina was made Augusta and 'mater castrorum' (mother of the camps).

This tetradrachm is a so-called provincial coin: it was minted not in Rome but in Alexandria. Already during the time of the Roman Republic, Rome's rulers realized that it was impossible to replace every local coinage in the subdued provinces by Roman currency. Therefore some provinces were allowed to strike coins according to Roman rules.