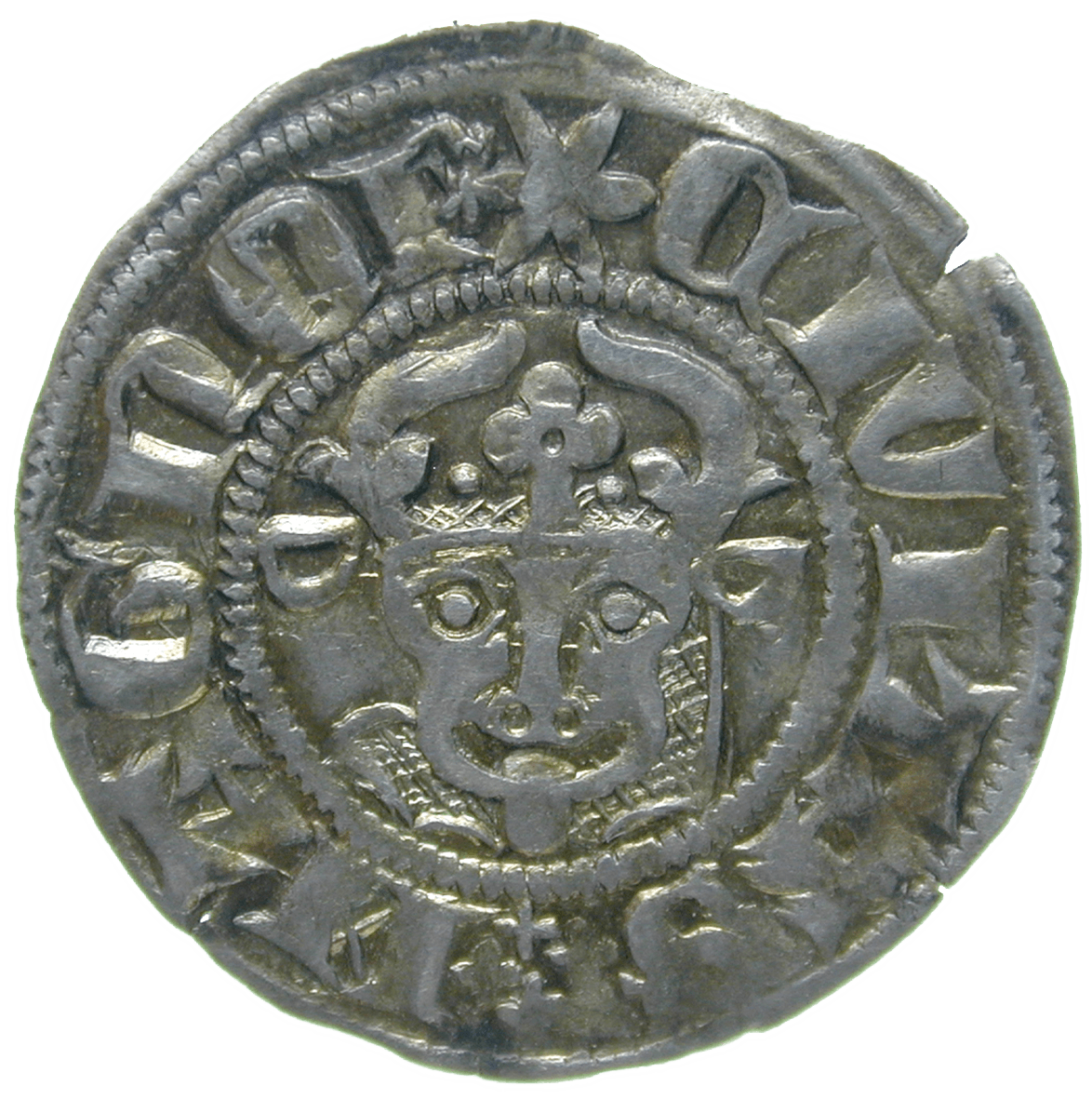 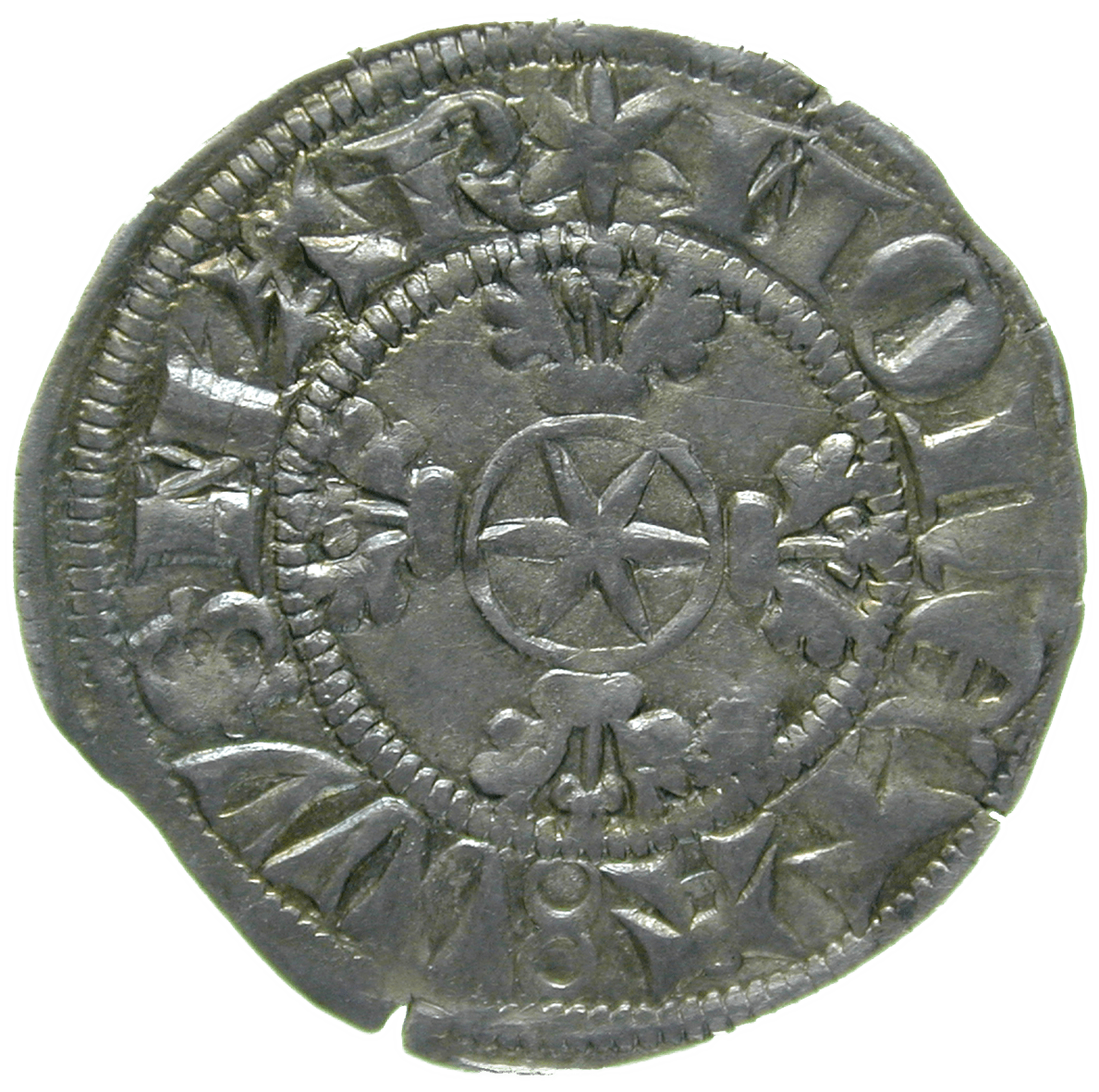 In 1379, the cities of Lübeck, Hamburg and Wismar united by treaty to form the Wendish coinage union. Two years later, Rostock, Stralsund and Lüneburg joined the union. They agreed on the joint issue of the witten, the four-pfennig piece. Its weight was to be 1.33 grams. The design was fixed too: in all cases the obverse bore the coats of arms of the issuing cities, and the reverse a cross. The star in a circle in the middle of the cross was a joint feature as well. From its heartland in the Wendish coinage union, the witten spread into western Germany and was imitated there.