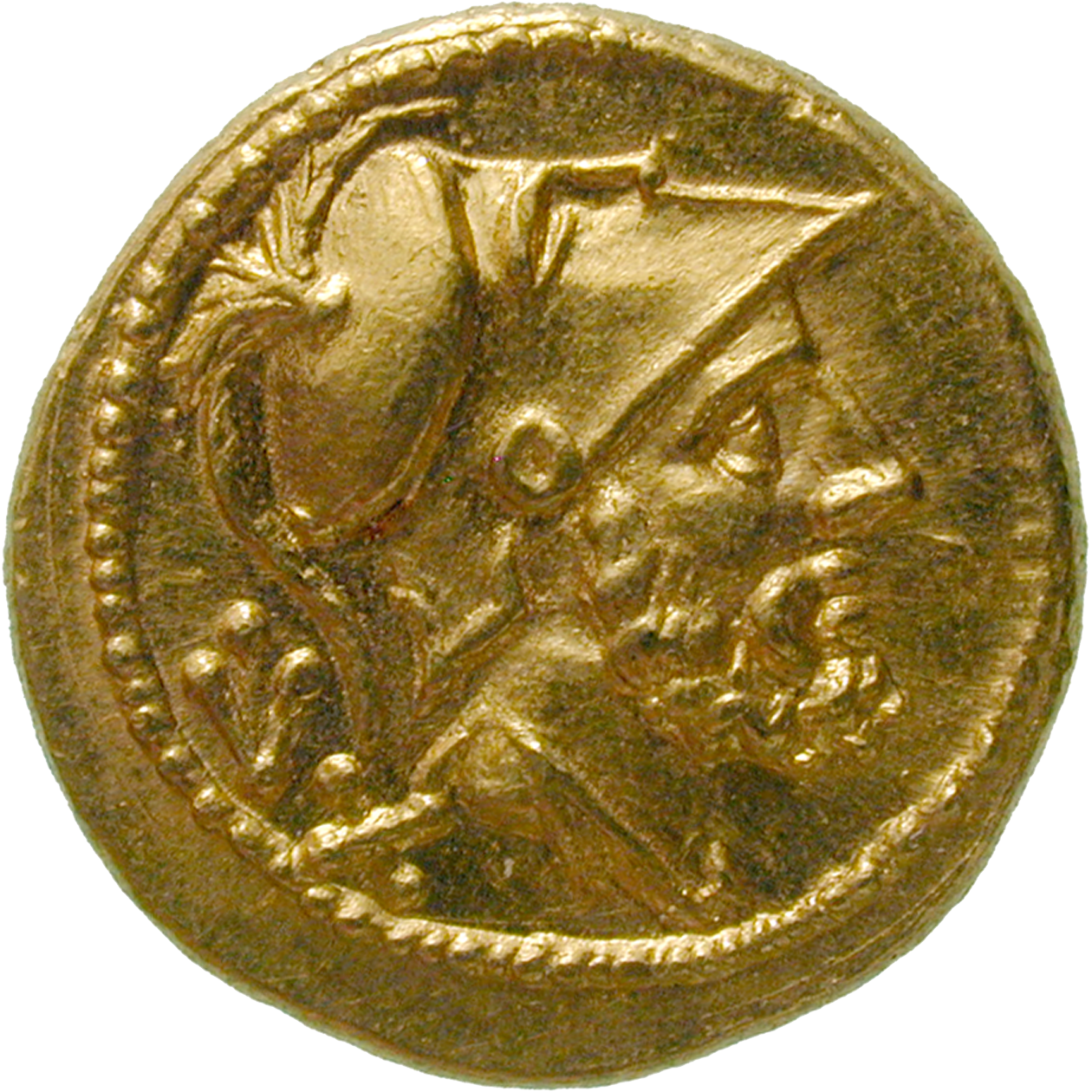 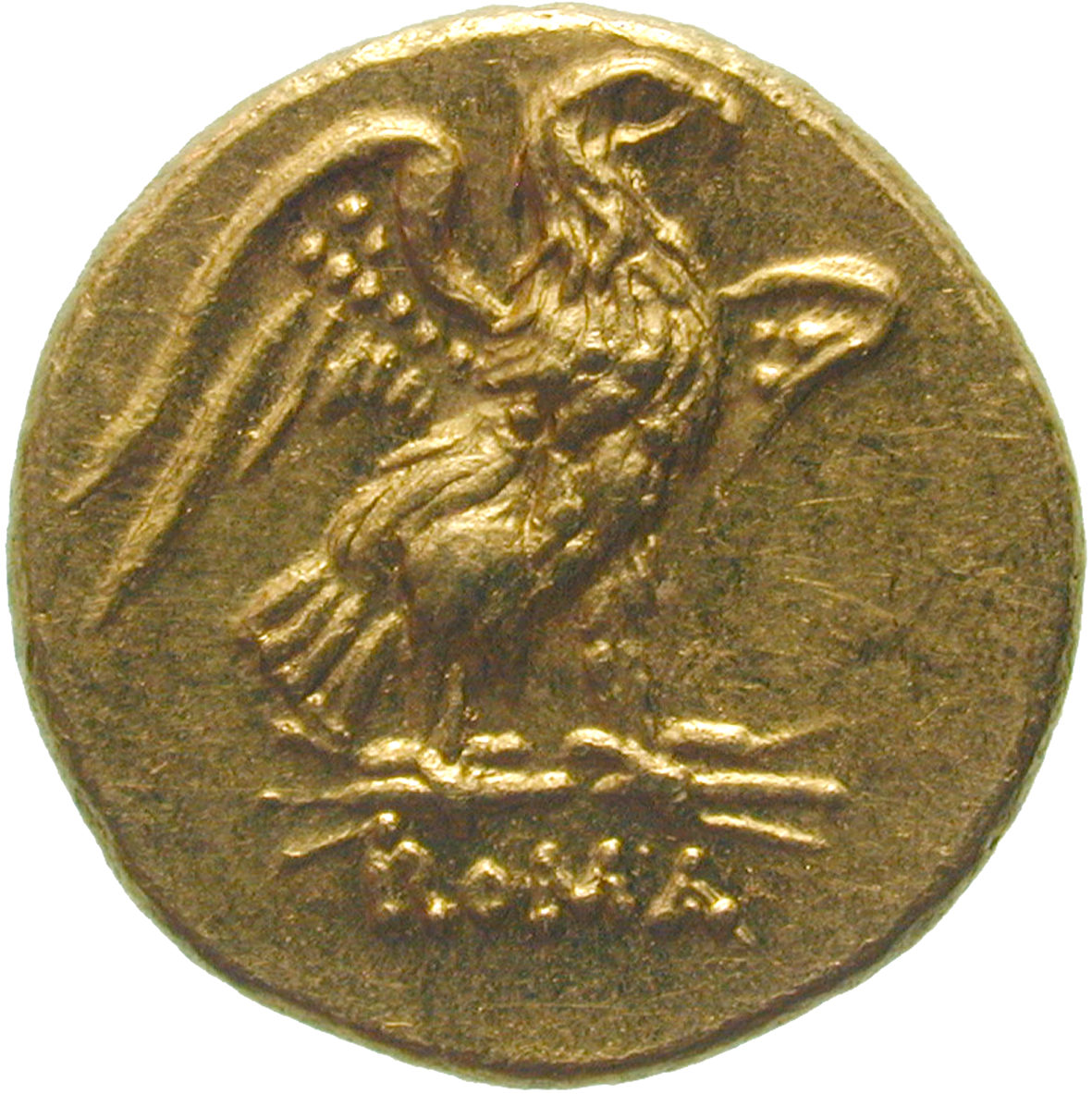 Emergency money is often issued during wars. When metal is urgently needed for warfare, authorities like to resort to other materials for their monetary needs. Only rarely, however, do these emergency coins consist of gold.

The Second Punic War (218-201 BC) was a desperate time for the inhabitants of the Italian peninsula. The Carthaginians had advanced into Italy, and for fourteen years swept across the lands. If they were not fighting, the soldiers of both sides burned fields and orchards, slaughtered livestock, destroyed villages, and murdered civilians, in an attempt to starve the respective enemy. Thousands of peasants migrated to the cities, where they formed a new proletariat. The Second Punic War led to profound social changes, generating far-ranging problems for the Roman Republic.

In the middle of the war the Roman Republic for the first time in its history issued gold coins. Copper, the traditional Roman coin material, was used for arms. And silver was difficult to come by, as the Romans purchased it in Spain, and between Rom and Spain stood the enemy. Hence the golden emergency coins. They had values of 20-, 40- and 60 asses and featured Mars, protector of Roman fields and god of just war, and on the reverse Jupiter in the form of an eagle.