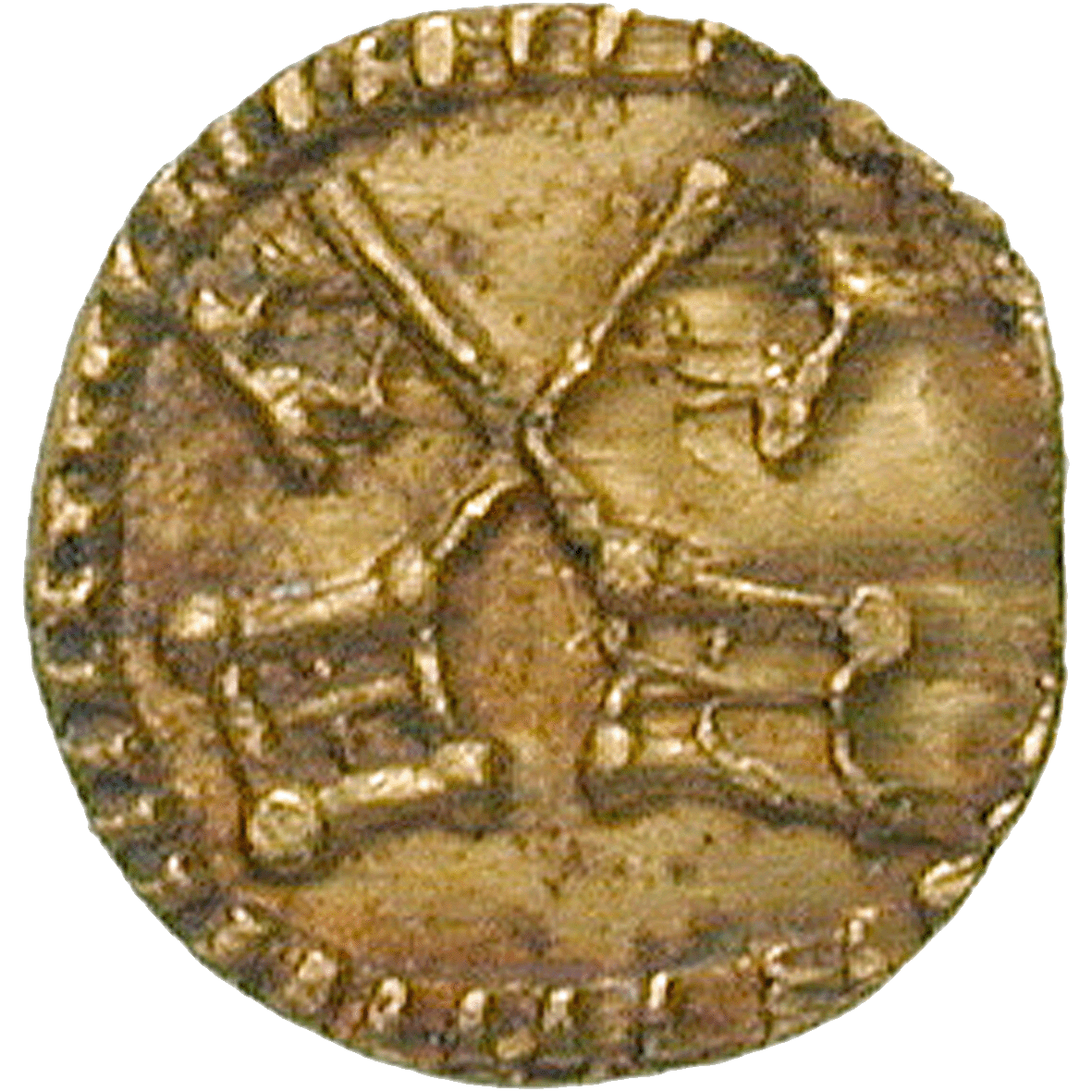 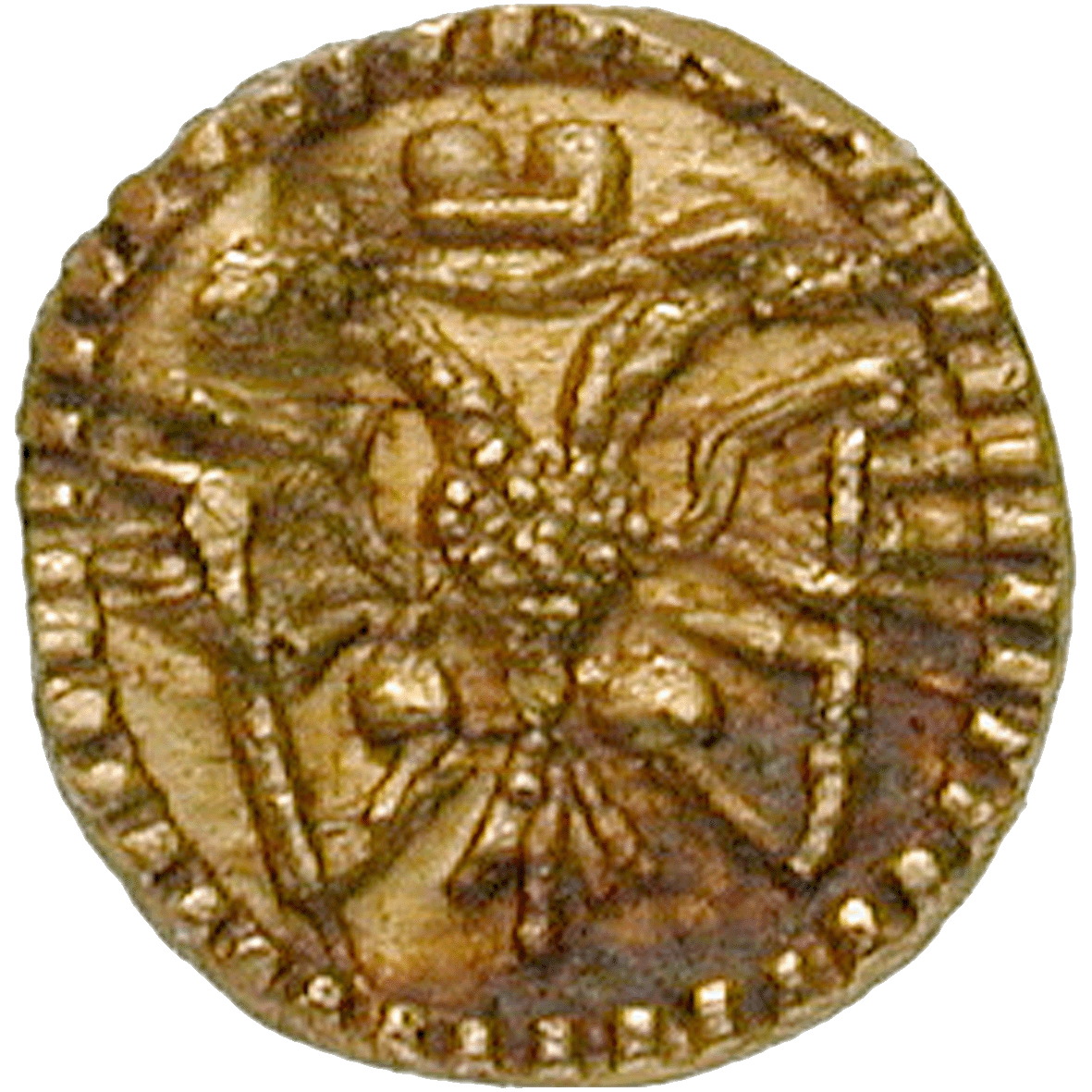 Regensburg is one of the oldest German cities. It was an important center from early on, seat of Imperial Diets since the 9th century. Those assemblies of all the estates of the Holy Roman Empire brought together worldly and clerical princes, prelates, representatives of knightly orders, dukes and lords as well as free cities and imperial cities. In 1663 the Imperial Diet was established permanently in Regensburg. From now on the princes of the Holy Roman Empire and legates from all over Europe were in session all year round. The city flourished. For daily use of the high lords and their retinues Regensburg issued many gold coins in various denominations. This is a 1/32 ducate, bearing the keys of the city and the double-headed eagle of the Holy Roman Empire with a scepter and a sword.