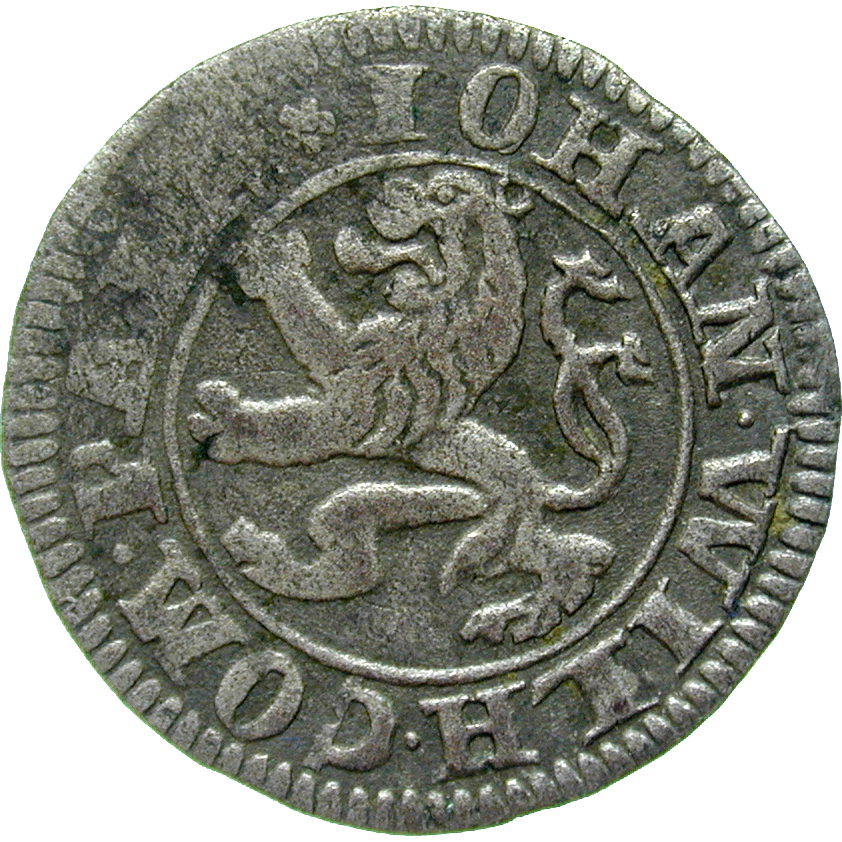 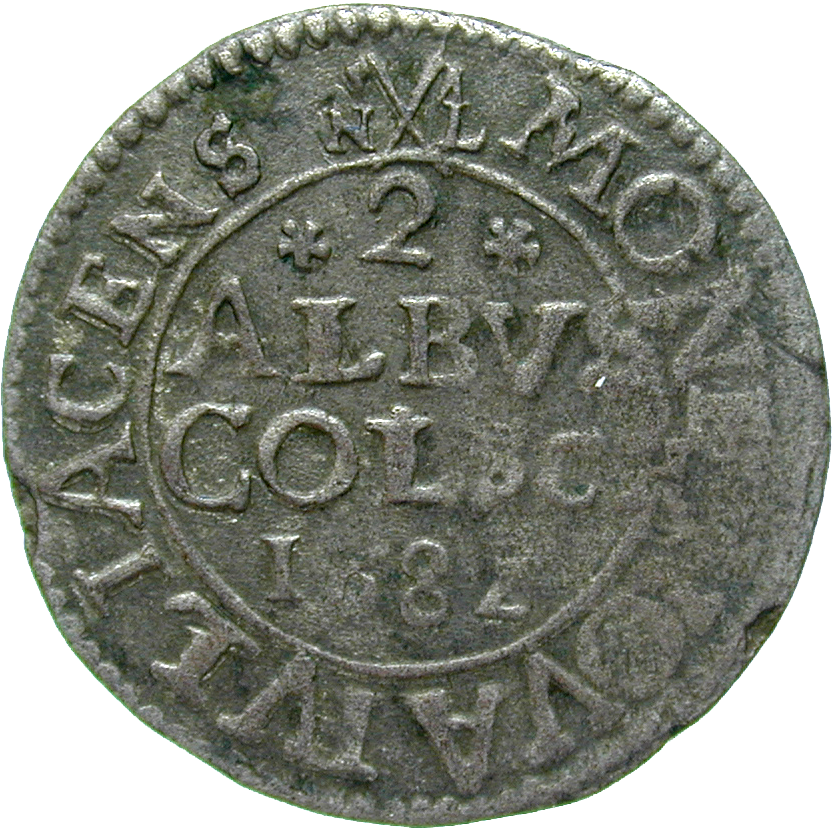 Albus means "white" in Latin, and it was also the name of the major silver coin of the Rhine area in the 14th and 15th centuries. The albus, or weisspfennig (white penny) had a higher silver content than the traditional penny, which gave it a shiny white color. Albi were highly popular for their value and copied in many places. During the 16th century different types of albus currencies developed, like the one of the lower Rhine area. In the 17th century albi were frequently minted at double value; this coin is an example for that practice.