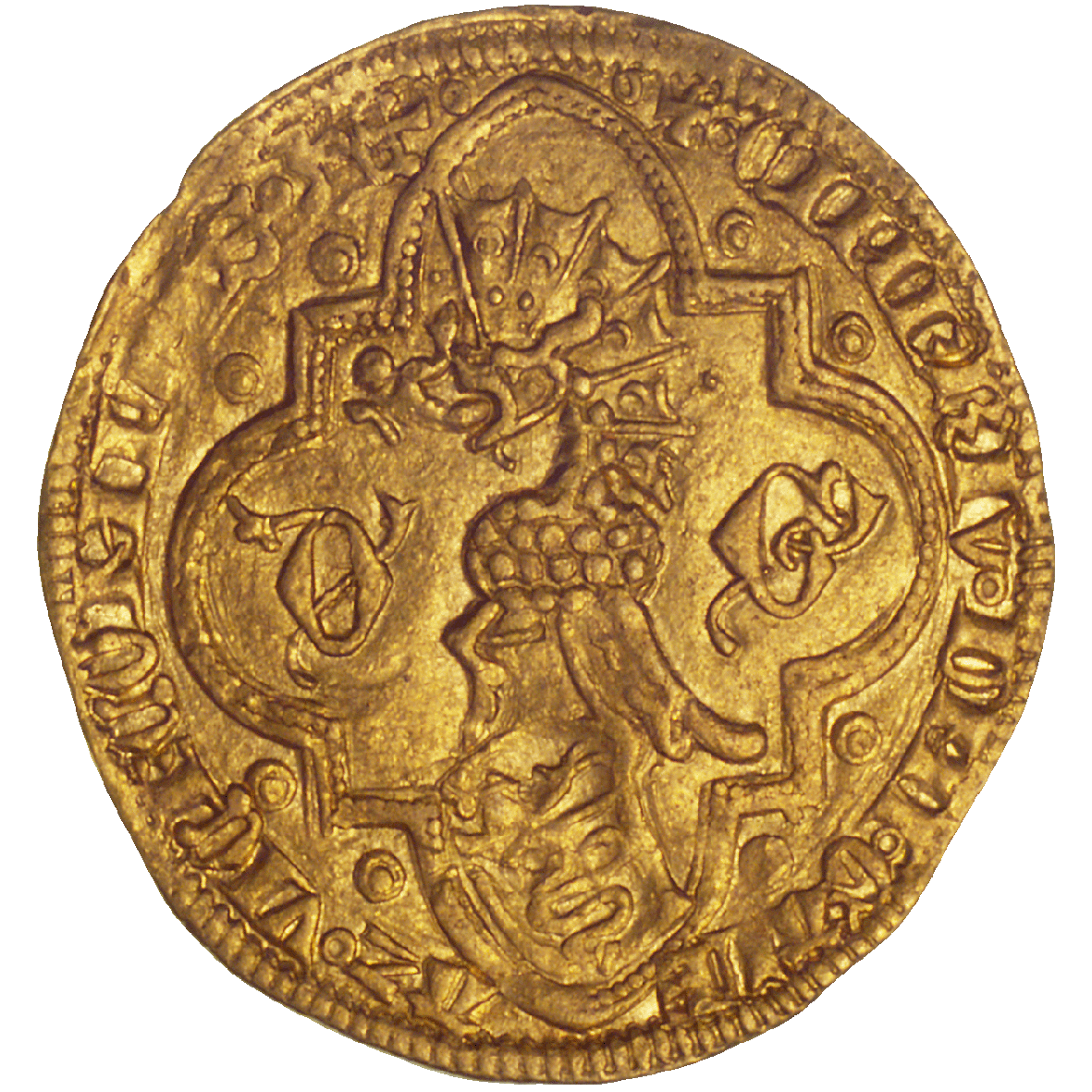 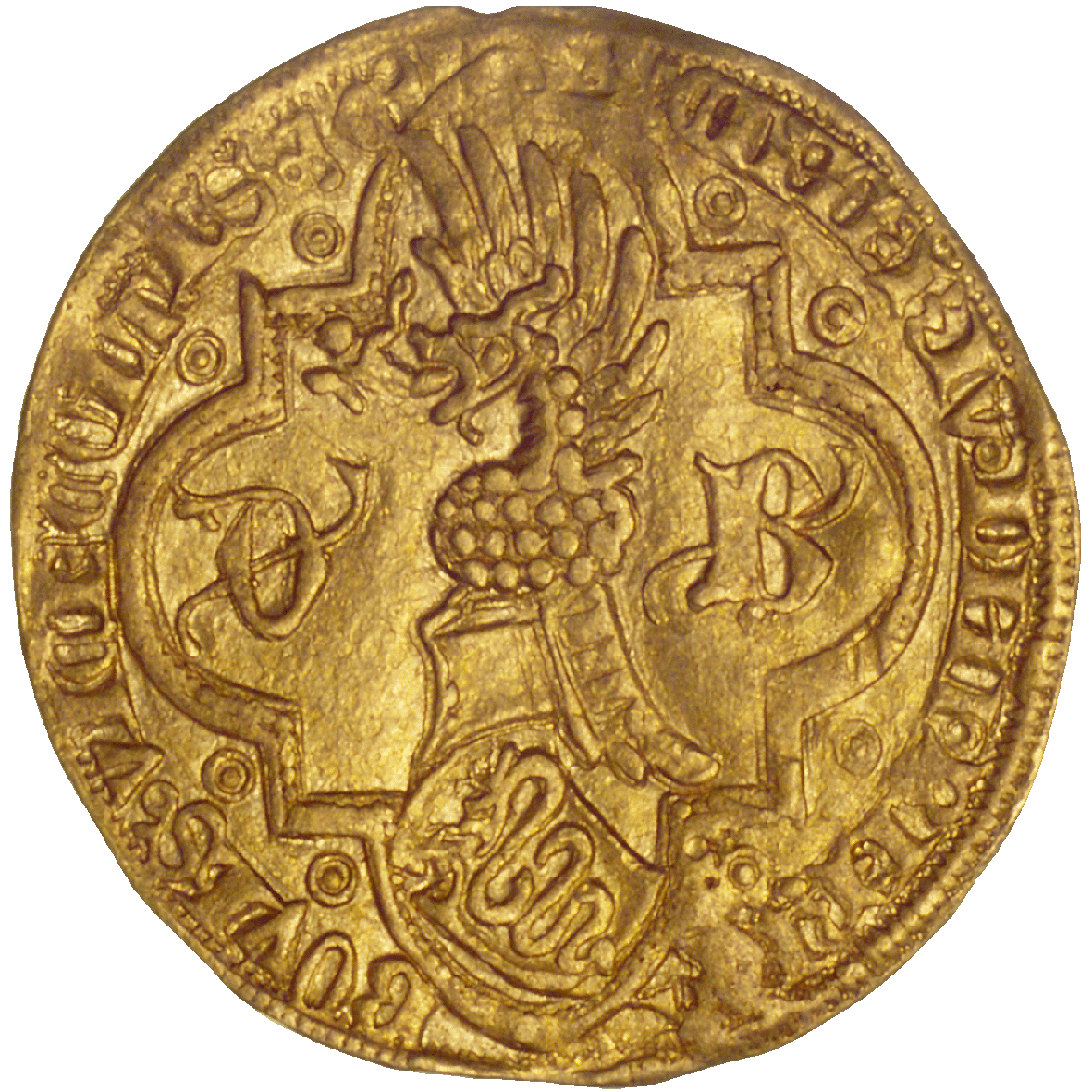 During the 13th and the 14th centuries, Milan and even the whole of northern Italy, was dominated by the Visconti dynasty which had its roots in the lower aristocracy. From 1262, they appointed the archbishop in Milan, and from then on gained so much power that the pope even proclaimed a – unsuccessful – crusade against the dynamic Visconti family so greedy for land. When archbishop Giovanni I died, his power passed on to his three nephews Matteo, Bernabò and Galeazzo. This fiorino d'oro was minted under their rule (1354-1378). In 1355, Matteo was poisoned and his brothers Bernabò and Galeazzo shared the power.