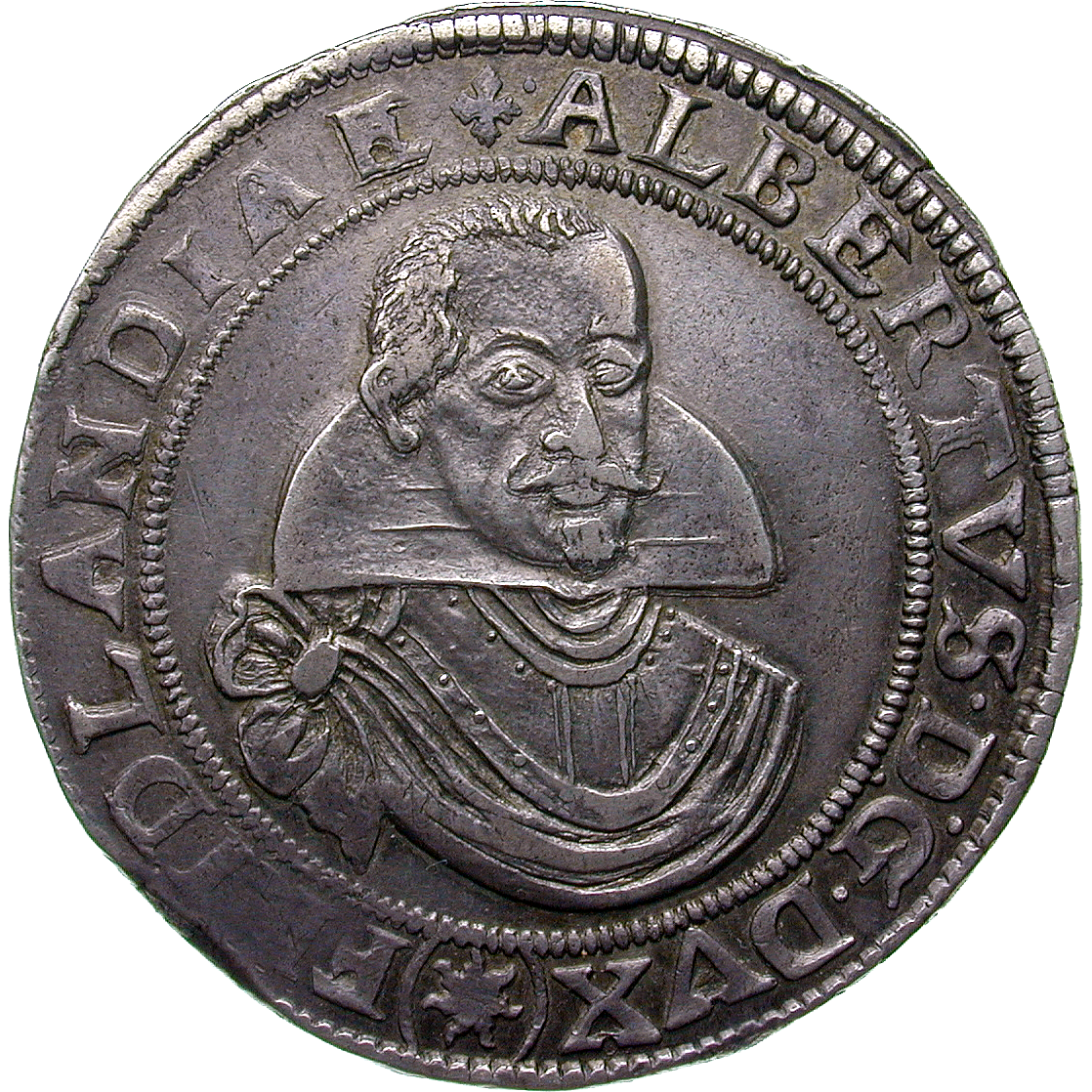 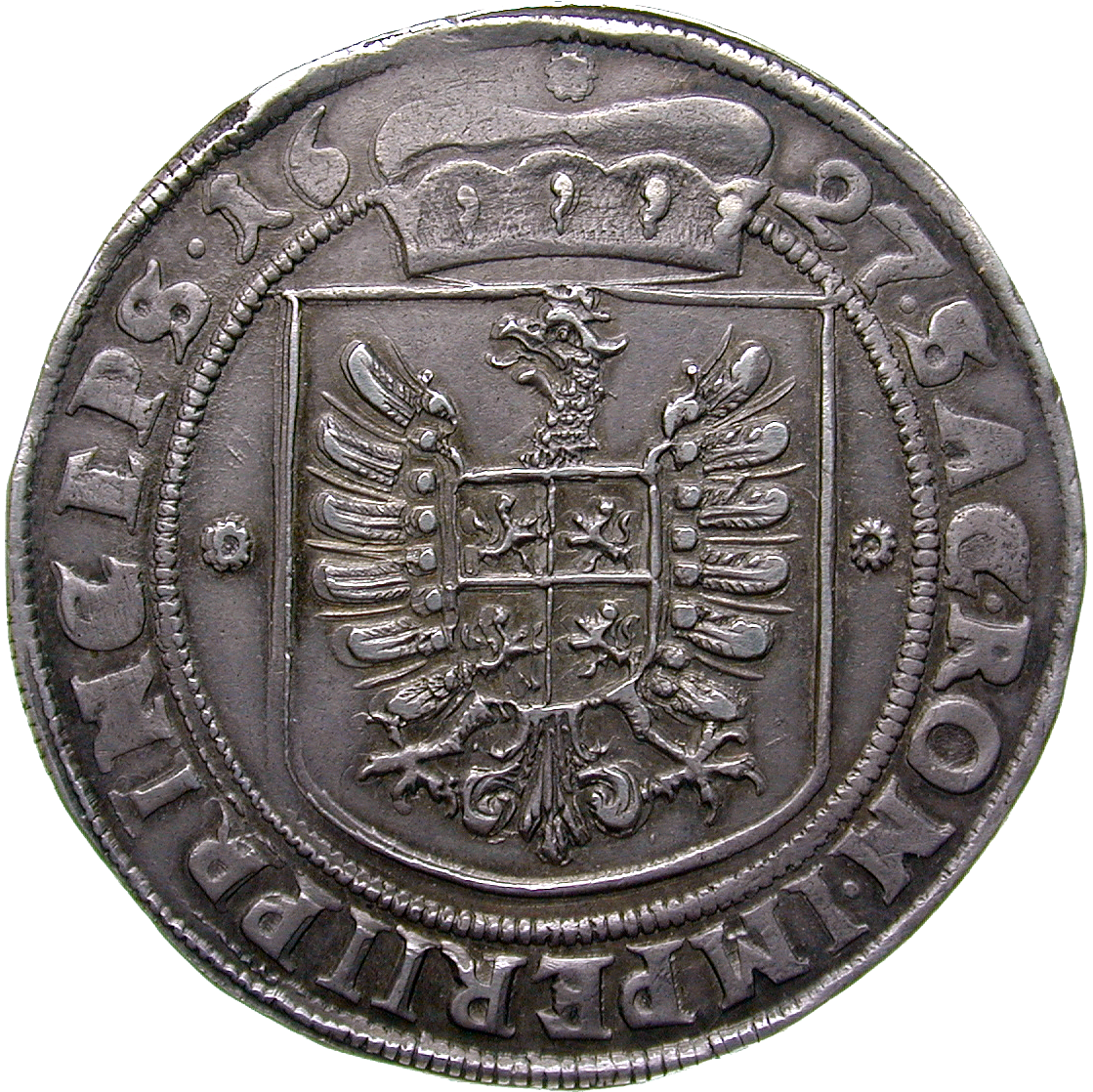 Quite a few powerful men owe their splendid career to their marriage to a rich widow. Albrecht Wenzel Eusebius von Wallenstein (*1583, †1634) was one of them. Thanks to his marriage to a Czech widow who was quite a few years older than he, Wallenstein had access to immense riches. Hence he could afford to support Ferdinand of Hapsburg, who later became emperor, with a private troop of mercenaries in the battle against Venice. Wallenstein remained loyal to his emperor also during the Bohemian rebellion. It was thus not surprising that Ferdinand richly compensated his loyal subject by granting him various privileges. In 1624, Wallenstein was made Prince of Friedland, and elevated to Duke of Friedland in 1625. Wallenstein, as Duke of Friedland, had the privilege of minting his own coins, which he put to good use as our imperial taler shows.