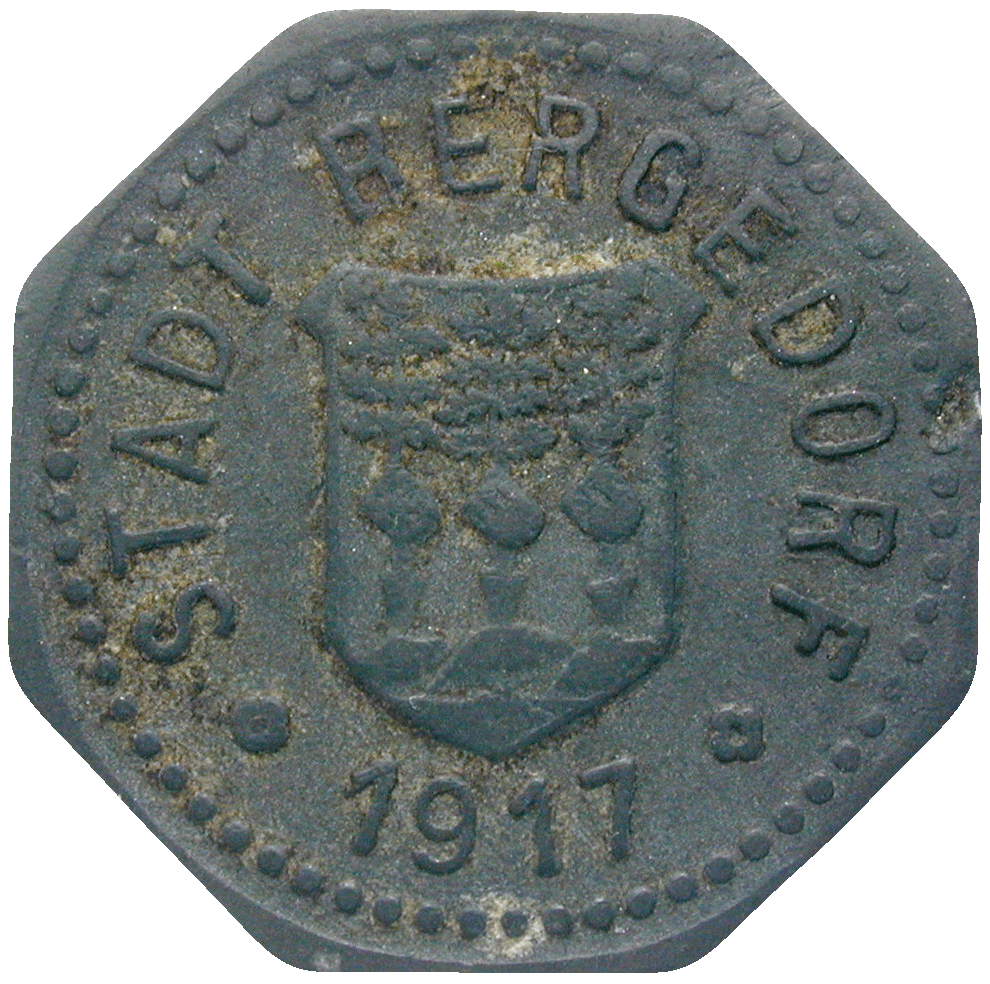 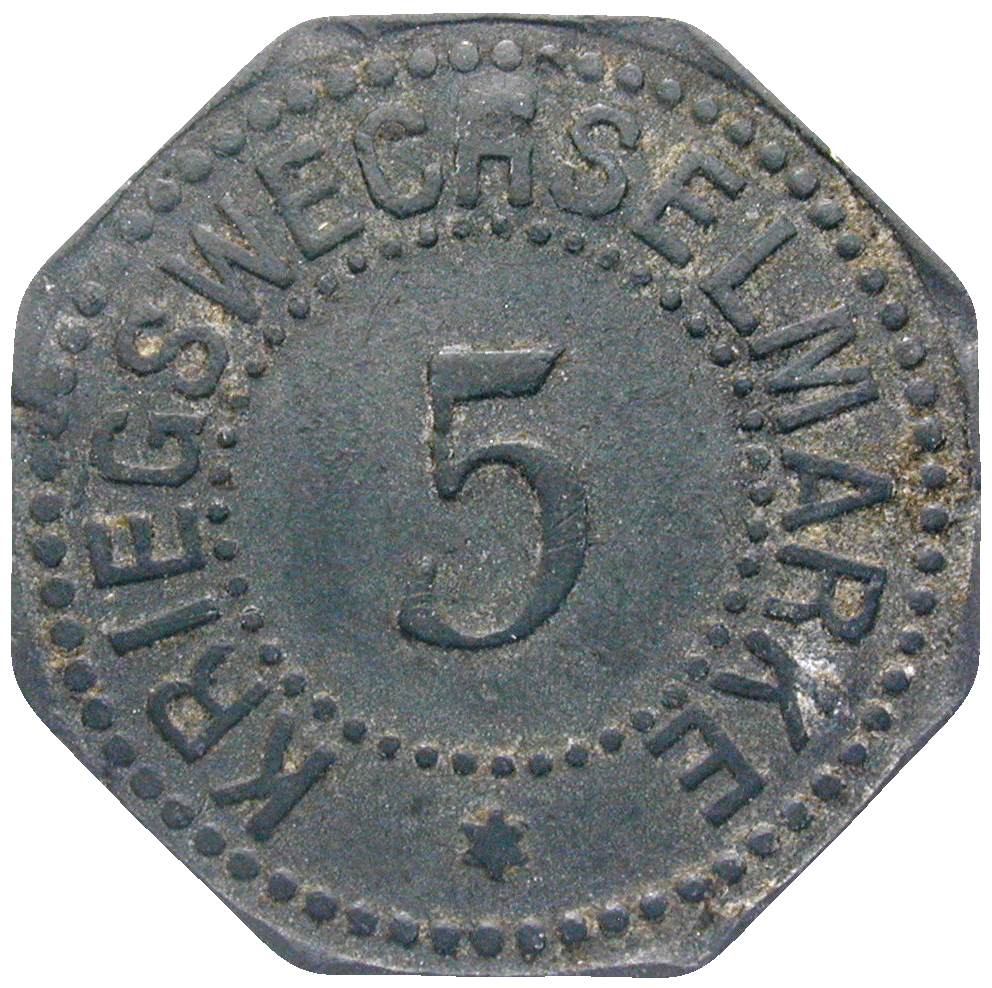 During the first weeks of the First World War (1914-1918), the German currency was radically changed. A paper currency was introduced to replace the gold currency, so that large denominations were soon only available in banknotes. Then the small coins from copper and nickel were withdrawn from circulation because these metals were needed for armament, and substituted by money from iron, zinc and aluminum.

However, despite of the fact that Germany's mints worked day and night at full speed, small coins became increasingly scarce. This is why communities and companies started to issue emergency money. As these issues were intended to solve the lack of small coins, their face values were usually low. This token from the town of Bergedorf near Hamburg has a value of 5 pfennigs and is made from zinc.