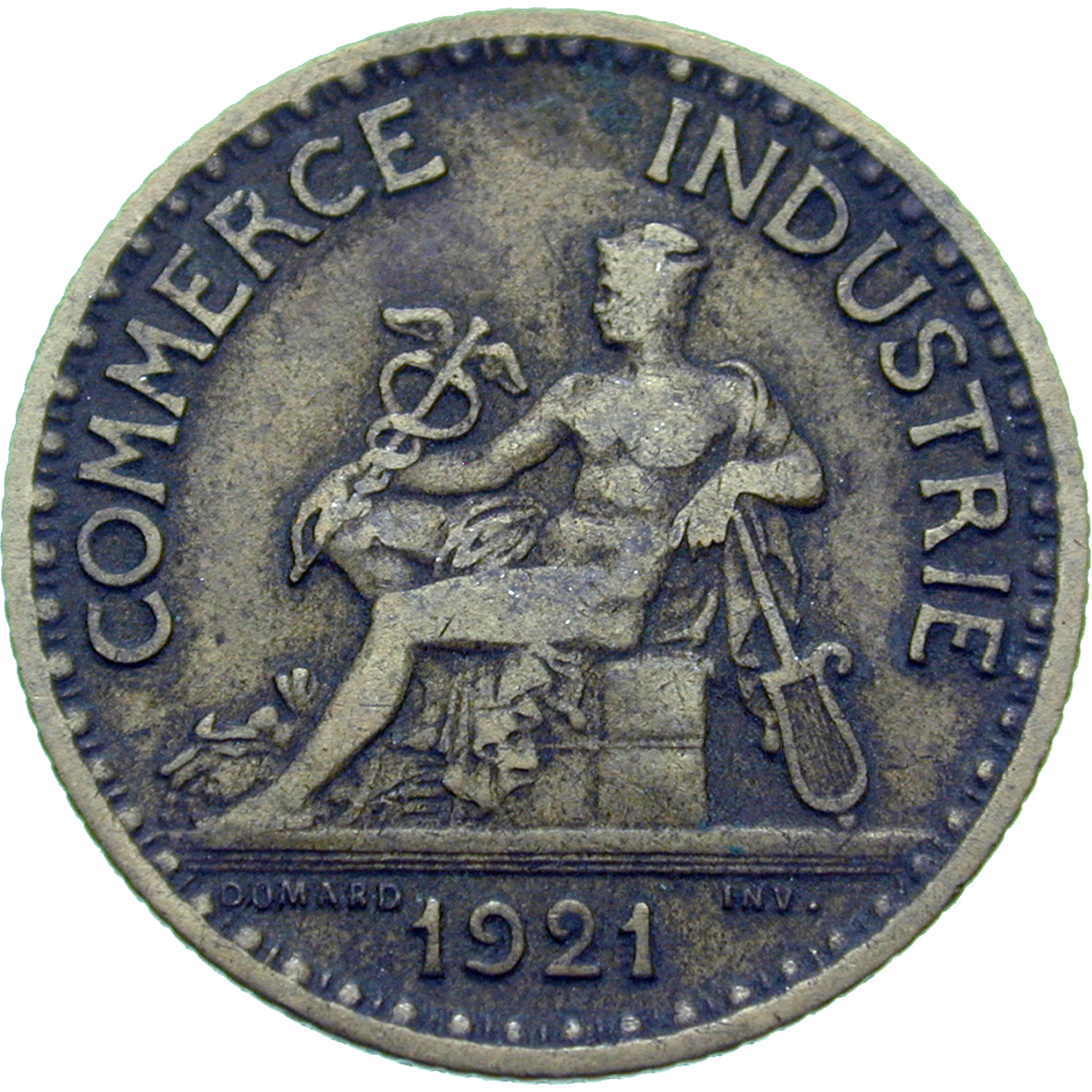 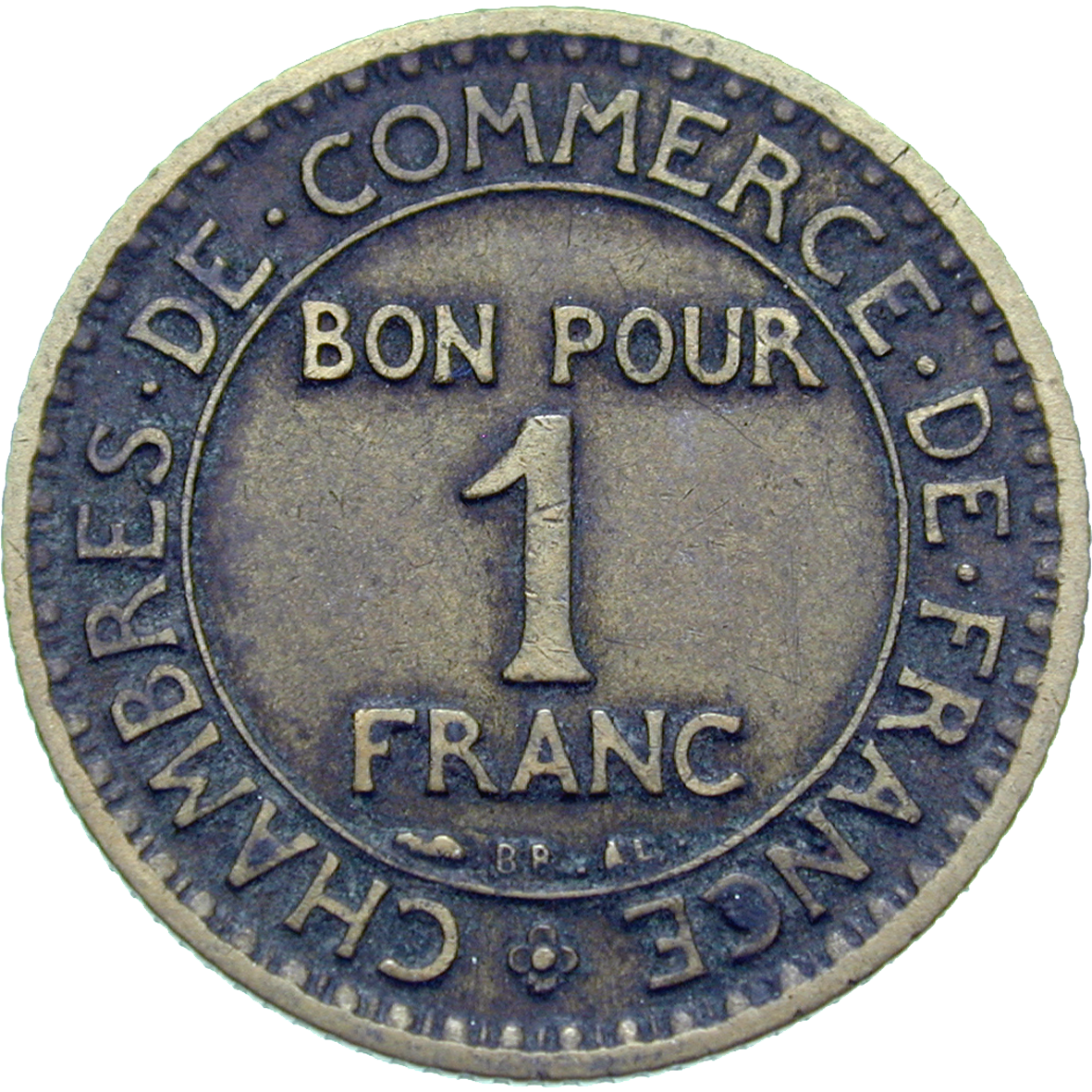 After the First World War the French currency collapsed. In 1921, the franc was devaluated and replaced by pieces from aluminum. These coins were not national issues but substitution coins, tokens minted by the chambers of commerce. The obverse depicts Mercury, the Roman god of trade. In his right hand the god holds a caduceus or wand of Mercury, the symbol of commerce; in his left hand he carries a lyre. The inscription on the reverse reads BON POUR 1 FRANC: token for 1 franc.