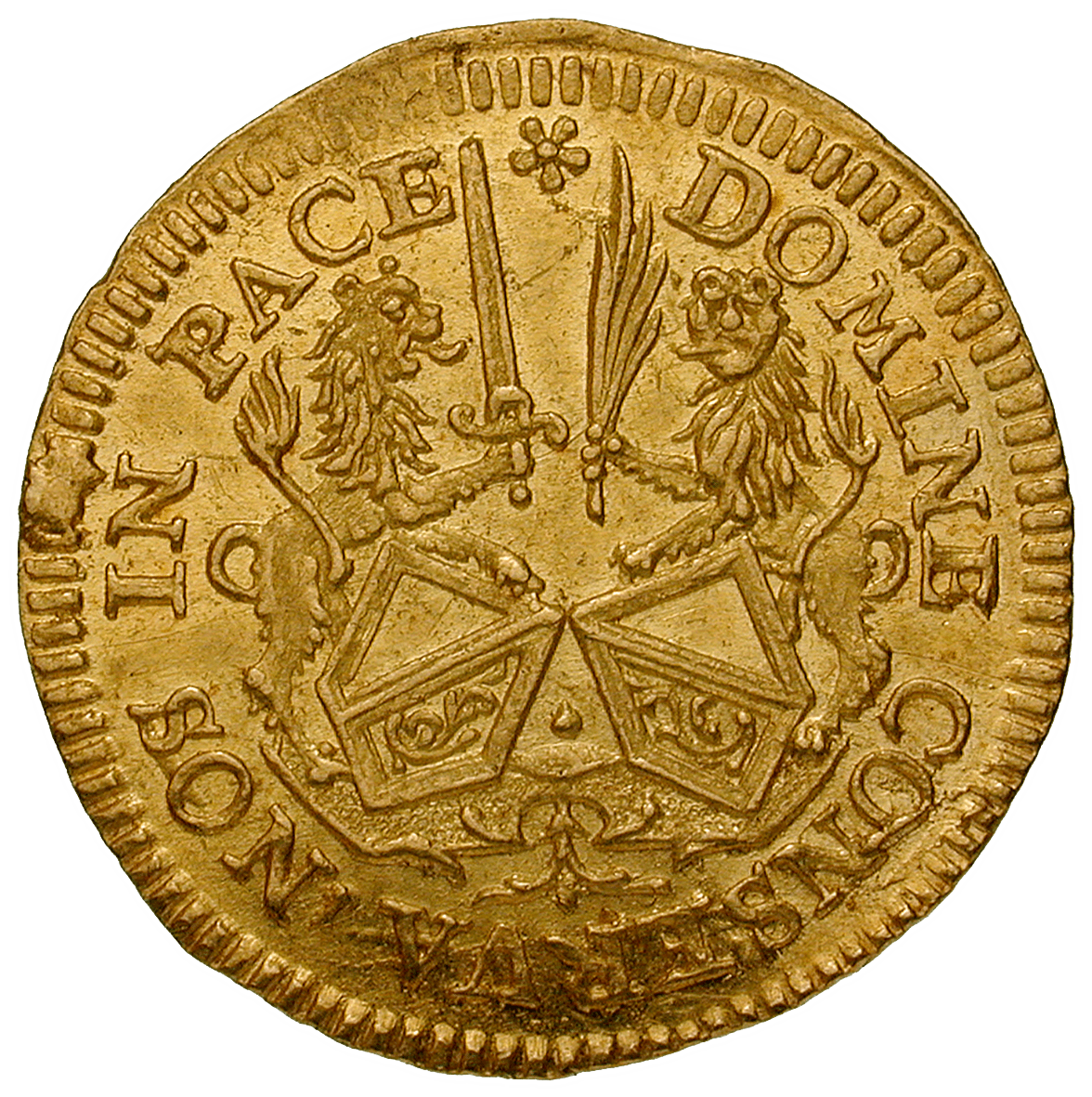 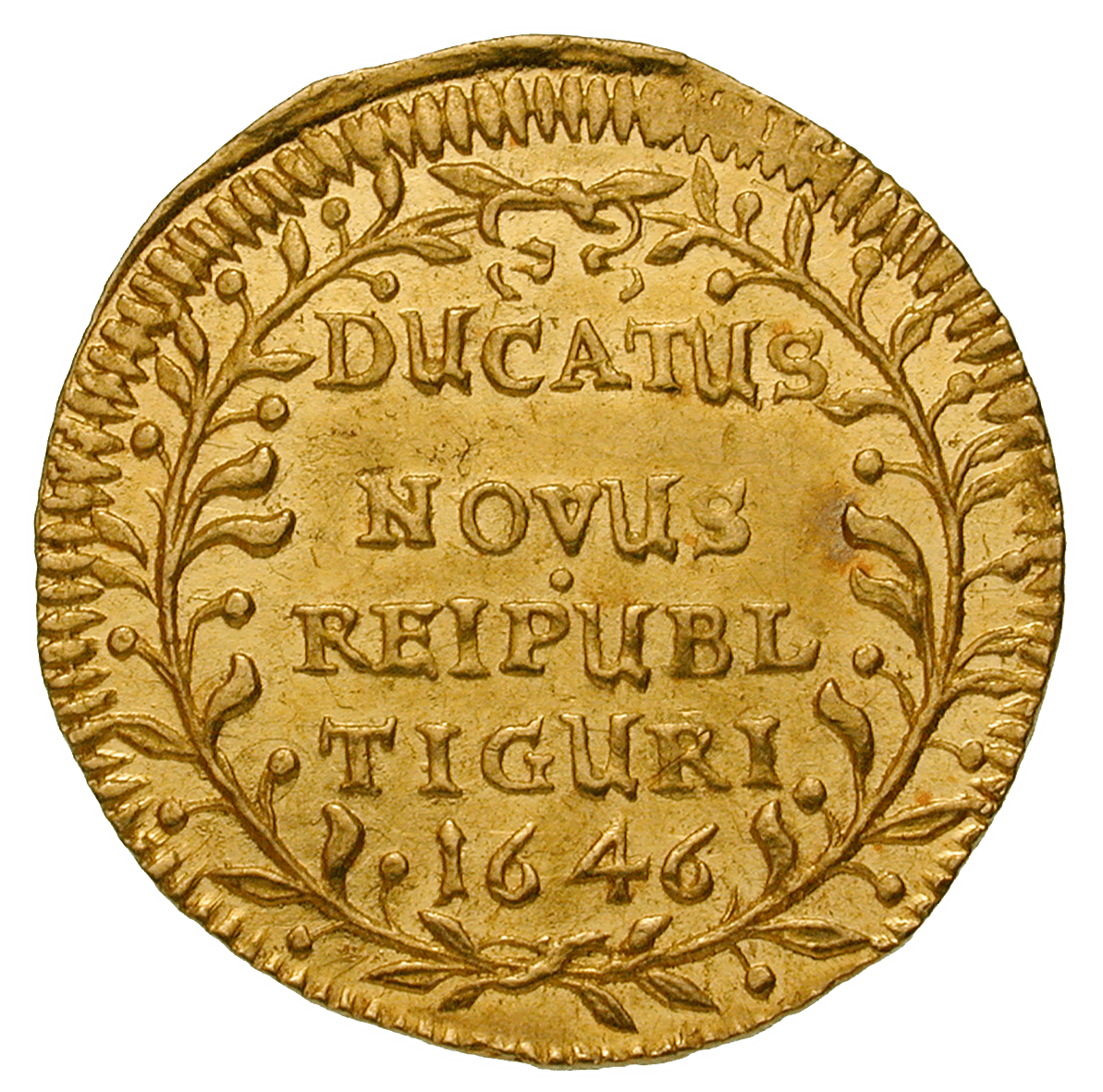 This rare Zurich ducat dates from the year 1646. Two standing lions each hold a Zurich coat of arms. The text on the reverse reads DUCATUS NOVUS REIPUBL. TIGURI. 1646 for 'new ducat of the republic of Zurich 1646.'

In the spirit of the Renaissance that tried to tie up with classical culture, humanist scholars introduced the name of 'Tigurum' for Zurich in the 16th century. This harked back to the times of the Romans, who had called the town Turicensis, after its Celtic settlers of the Tigurini tribe.

Scholars kept the neologism 'Tigurum' into the 18th century. On coins the place of issue was sometimes given as 'Tigurum' and sometimes as 'Turicensis', the genitive form of Turicum.