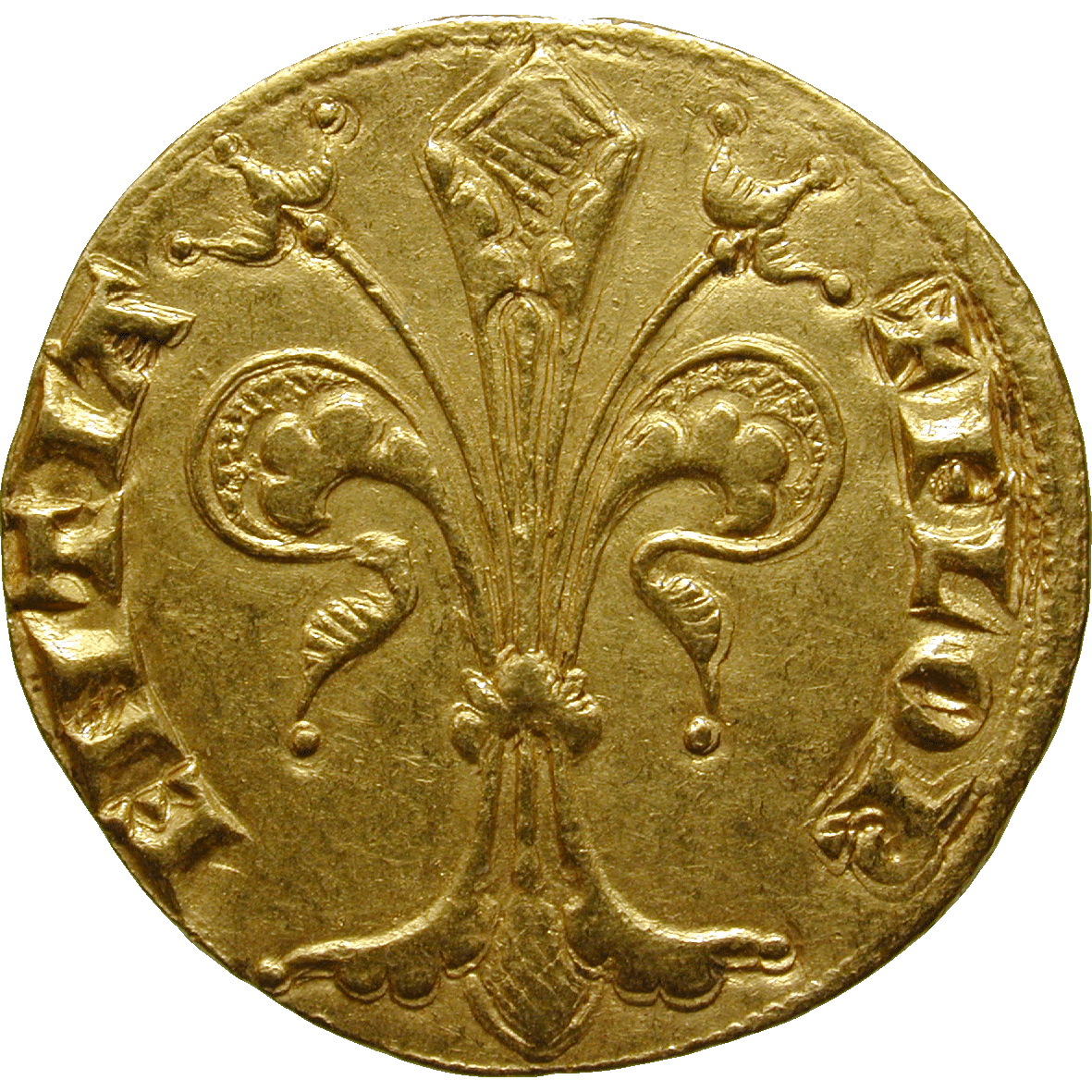 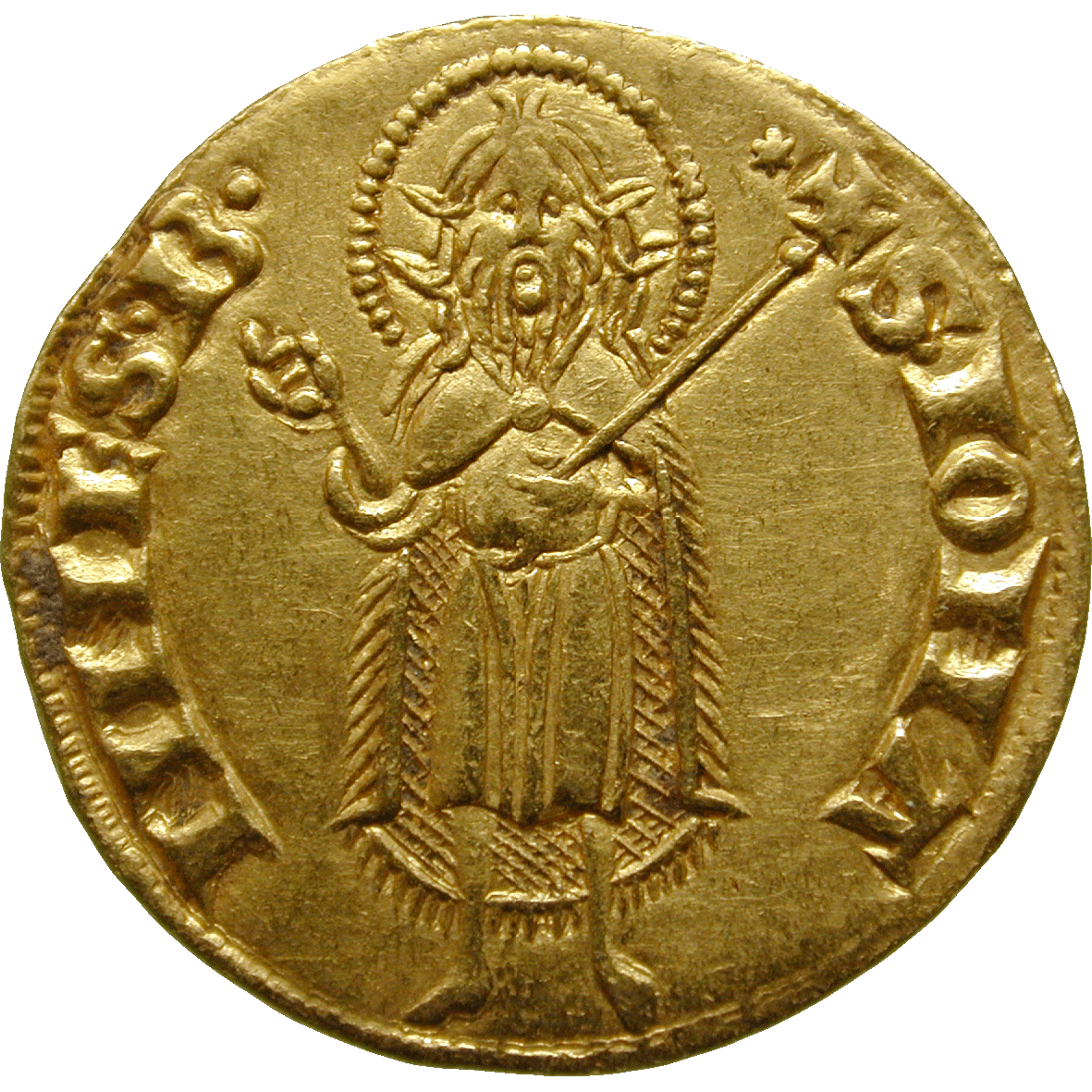 In the middle of the 13th century, the small but wealthy town of Florence began to issue a gold coin that would become so successful, that it was soon copied throughout Europe, from France to Hungary. The coin's obverse bore the coat of arms of Florence, a lily flower. The reverse depicted the Florentine city saint John the Baptist. After the image of the lily flower, the coin was called fiorino d'oro (from Latin flos = flower, and oro = gold). The fiorino d'oro of the Republic of Florence was the first gold coin in Middle and Western Europe to play a significant commercial role since about 500 years. At that time, gold was used only in Southern Italy, Sicily and Spain, which were under Arabic influence. However, the increase of trade with the Levant that went along with the crusades eventually brought enough gold to Florence to instigate gold coinage – first in Italy, and later all over Europe.