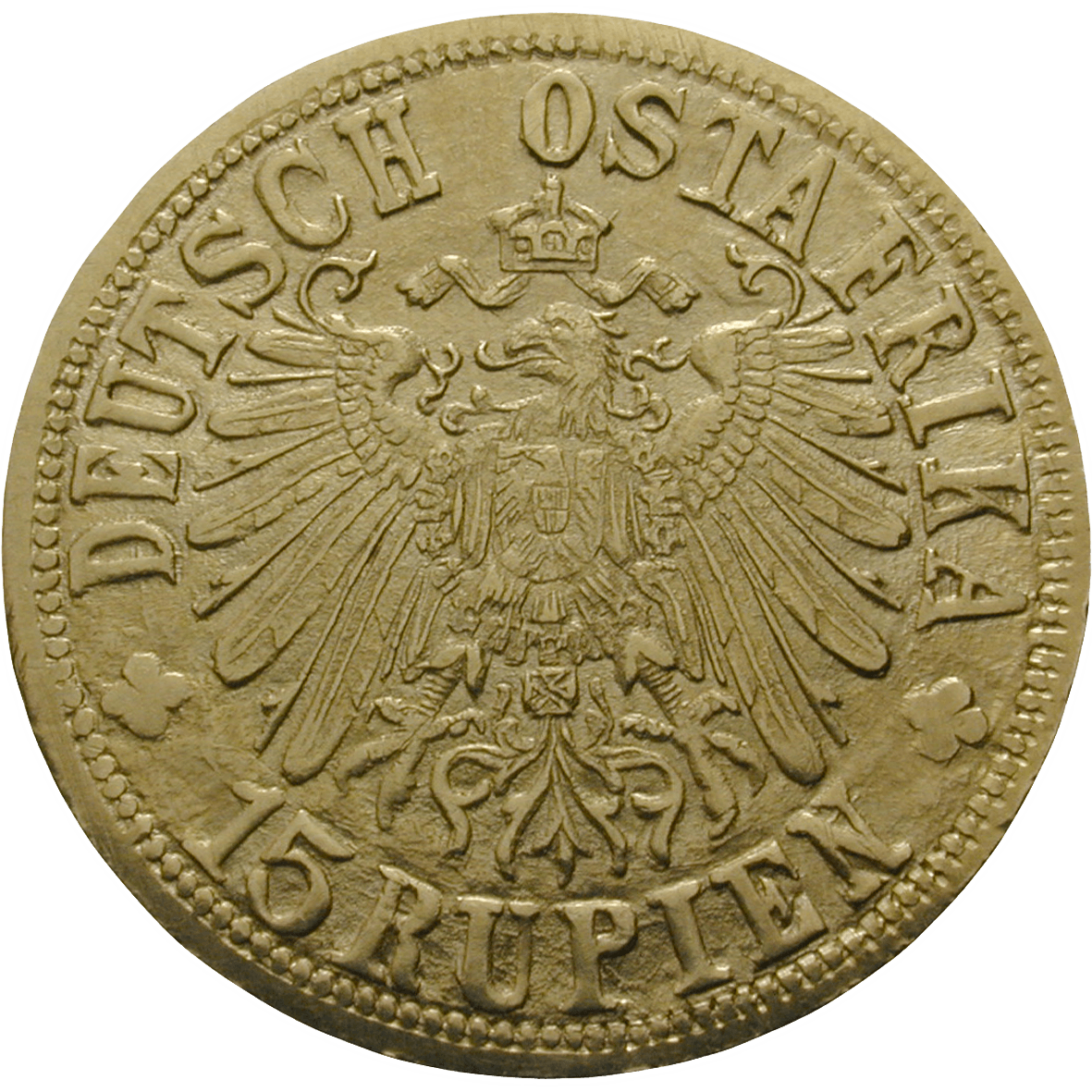 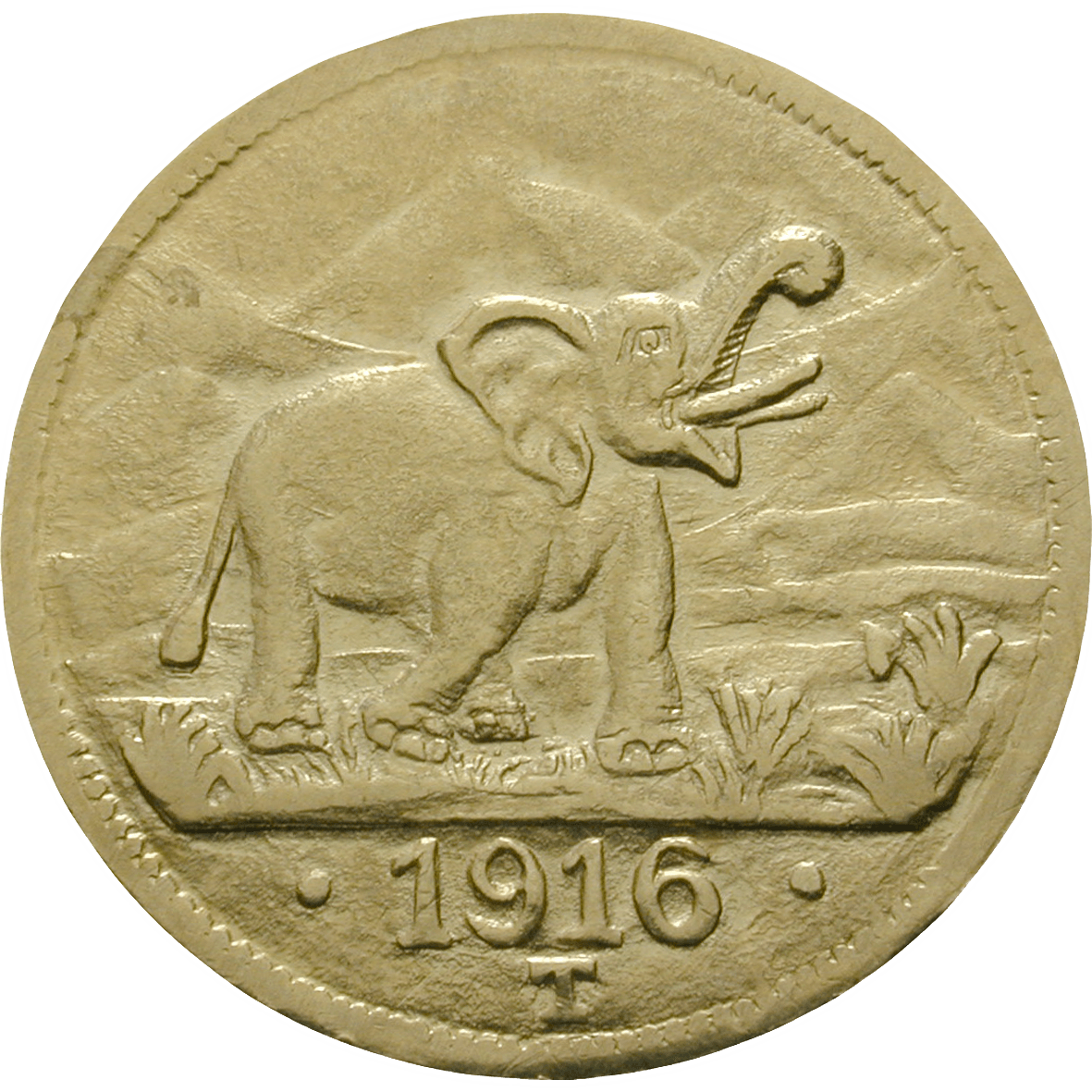 The outbreak of the First World War also effected the German colony of East Africa, today's countries of Tanzania, Rwanda and Burundi. The population started to hoard the circulating silver coins for their intrinsic value. Since East Africa had no silver deposits, the German East African Bank could not mint new coins. The consequence was a shortage of circulating money. However, the German East African Bank sat on loads of gold ingots because, due to the war, they could not be transported to Germany. In 1916 the German East African Company began thus to issue golden emergency coins. They had a value of 15 rupees, which equaled 20 German gold marks. The obverse showed a German double eagle and the inscription DEUTSCH-OSTAFRIKA 15 RUPIEN. The reverse depicted an elephant in front of Mount Kilimanjaro, the date and the letter T for "Tabora."