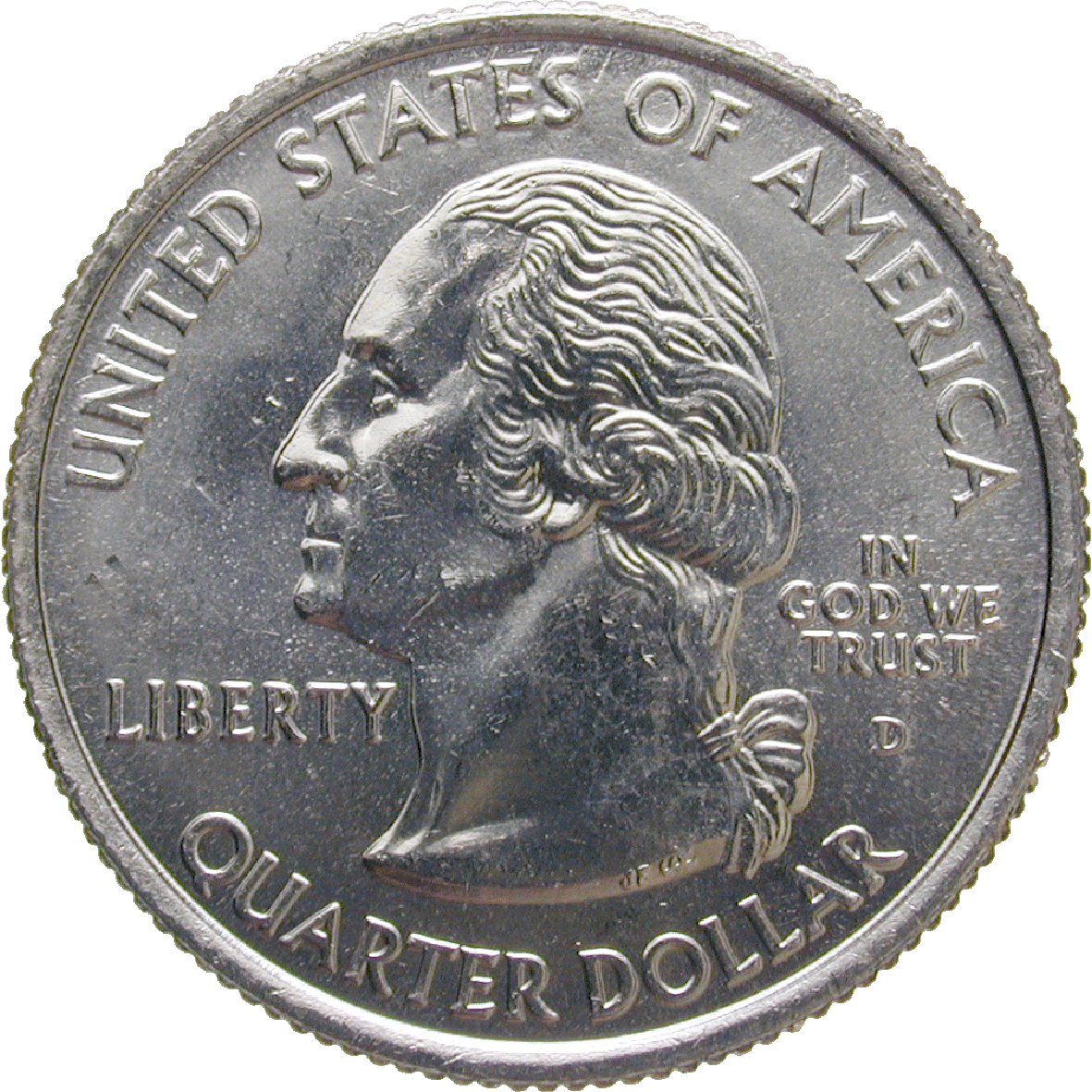 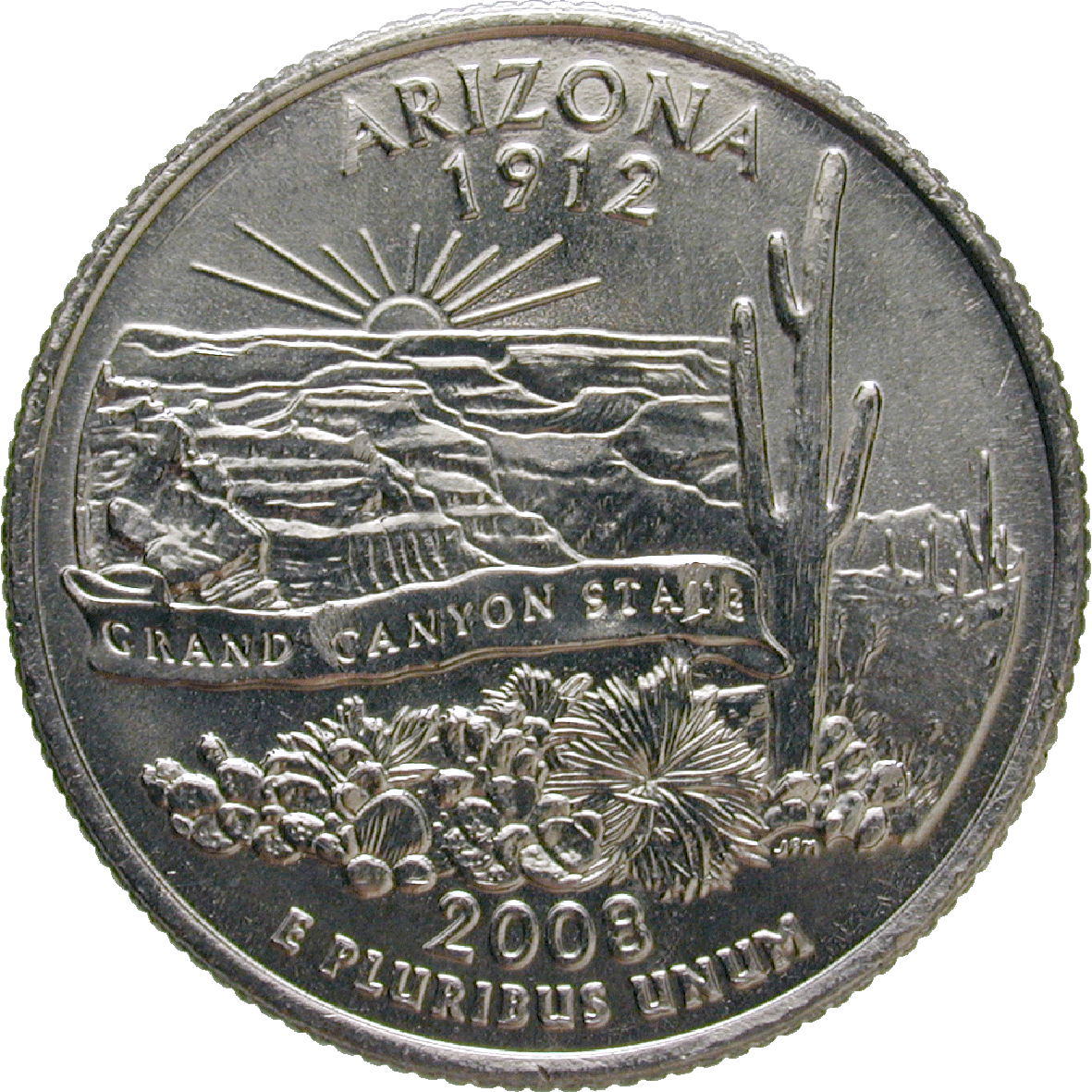 A saguaro cactus, a rocky plateau and a banner with the inscription 'Grand Canyon State': that is the motif the state of Arizona chose for its state quarter. The commemoration coin series of the state quarters was issued between 1999 and 2008. Each of the 50 federal states devised its own design, highlighting the characteristic of the respective state. The face value was the same for all the state quarters, including the words 'United States', 'Liberty' and 'In God We Trust' that are found on all the US money.