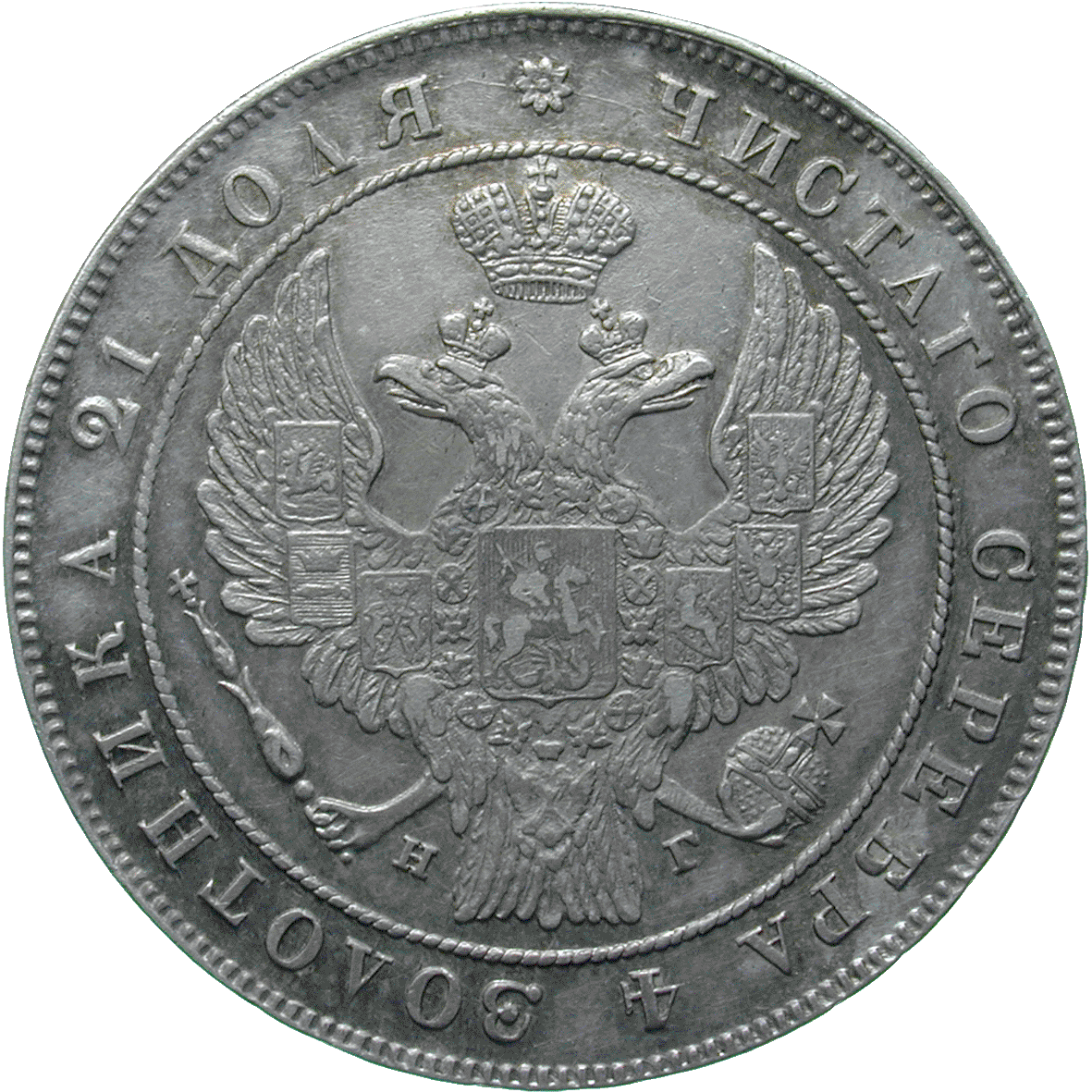 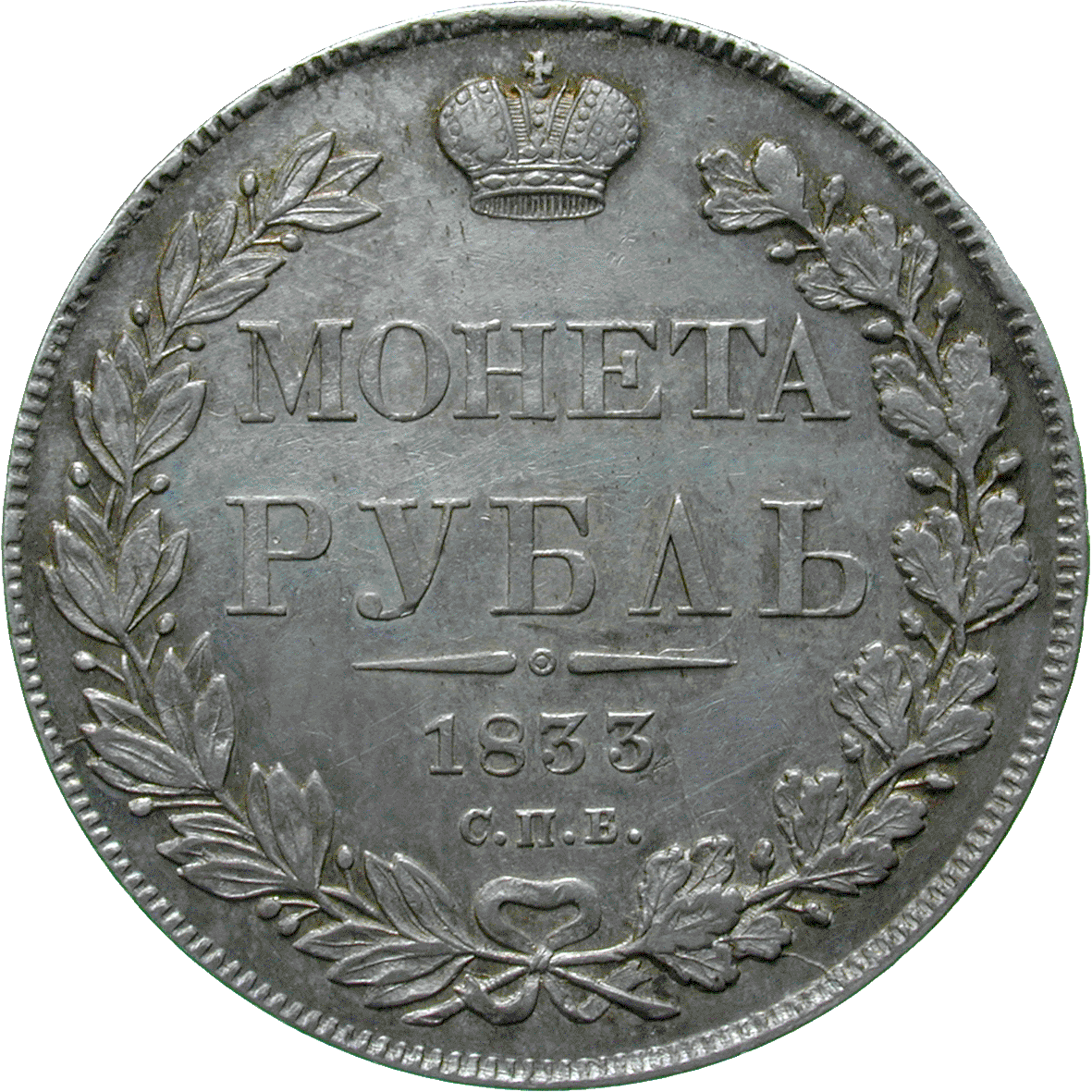 In the first half of the 19th century, monetary circulation in Russia consisted mainly of paper money and copper coins. Silver and gold rubles, on the other hand, were articles of trade and their value thus based upon the prices on the open market. Silver rubles like this one were used a trade coins. Until the late 18th century, the Russian rubles depicted the bust of the tsar or the tsarina on the obverse, while the reverse showed the crowned Russian double eagle. In the 19th century, the images changed: The obverse of the rubles now generally represented the Russian eagle, and the reverse gave the denomination in Cyrillic.