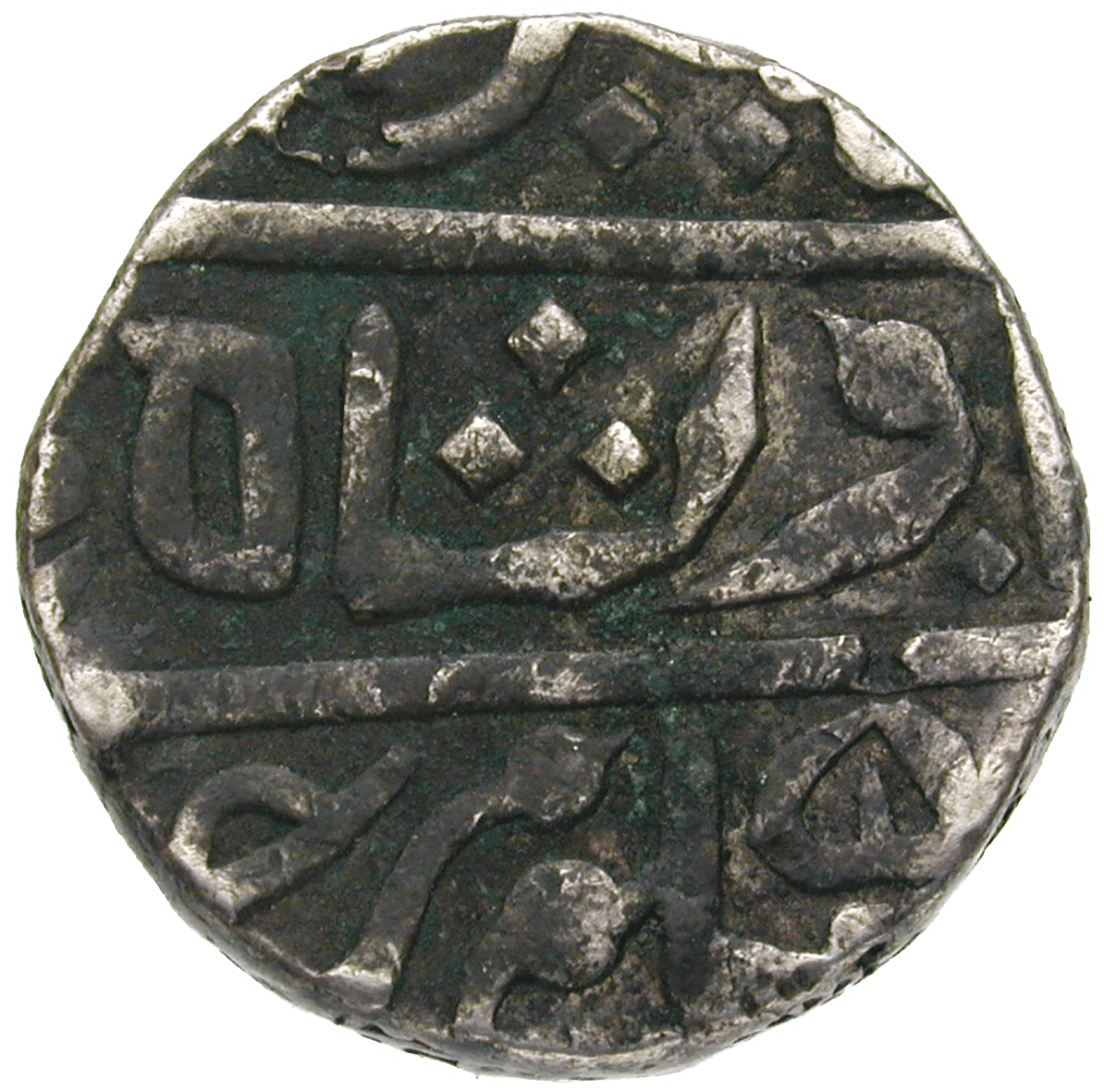 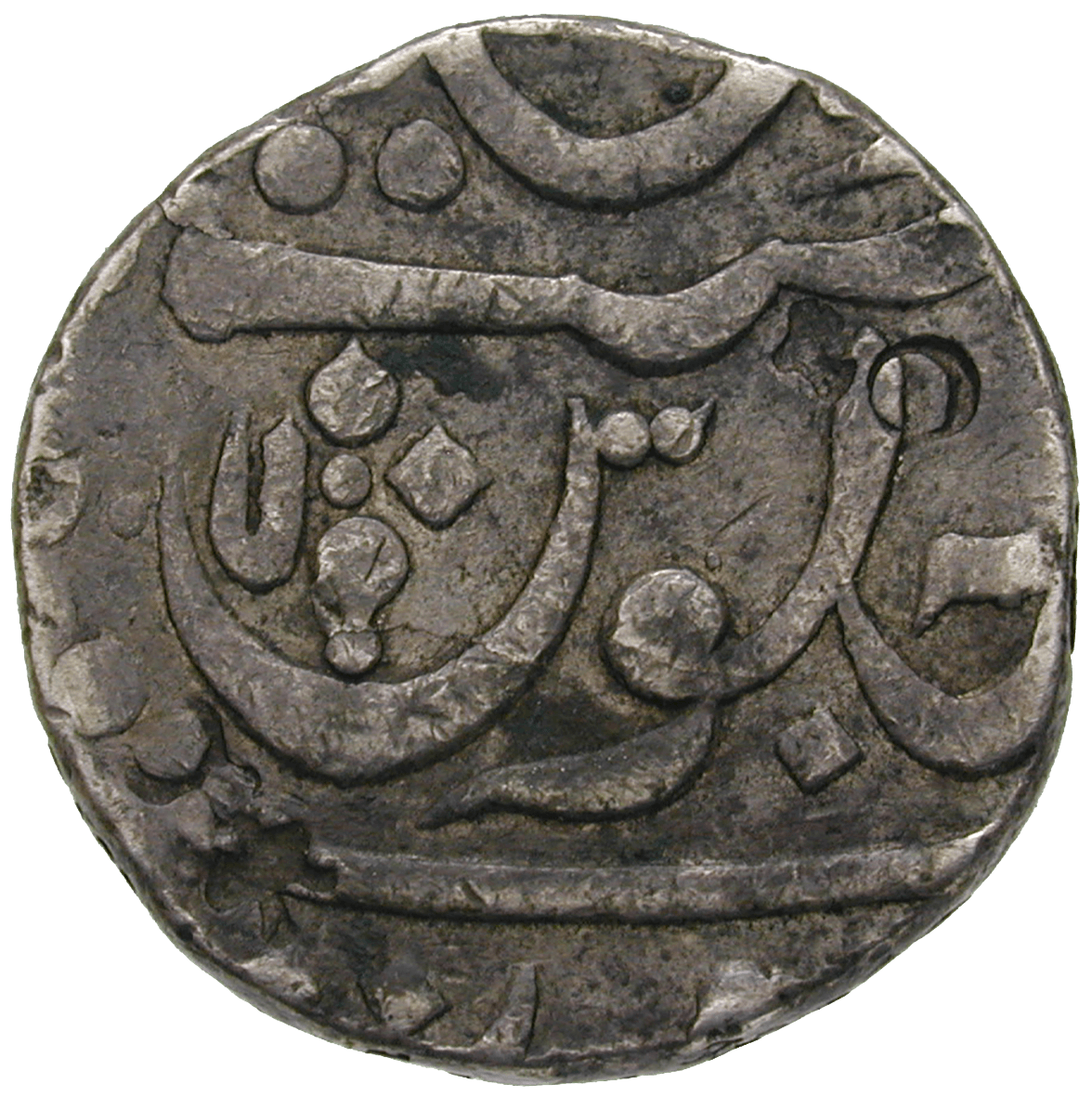 When the Mughal emperor Akbar the Great conquered north and central India around the middle of the 16th century, the most important coin circulating there was the rupee. It had been introduced by the old potentates shortly before their downfall. Akbar adopted this silver coin – "rupiya" means "worked silver" –, and made it the imperial currency. This rupee dates from the second half of the 18th century, when India was reigned by Shah Alam II (1759-1806). At that time the standard weight of the rupee lay around 11.4 grams (0.40 ounces), and the silver content was as high as was technically possible. The coins bore Arabic scripts on both sides, the usual design on Islamic coins.