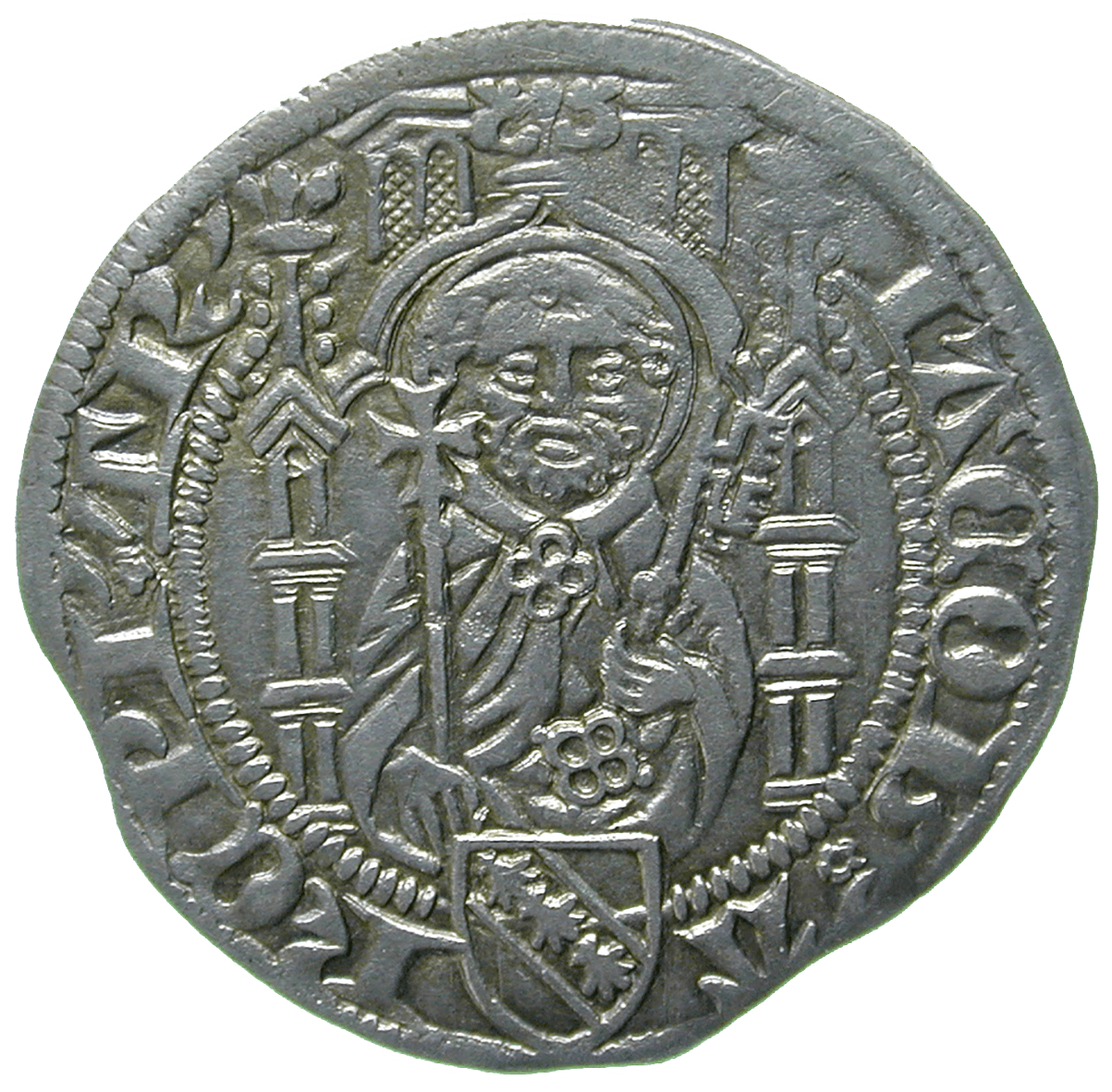 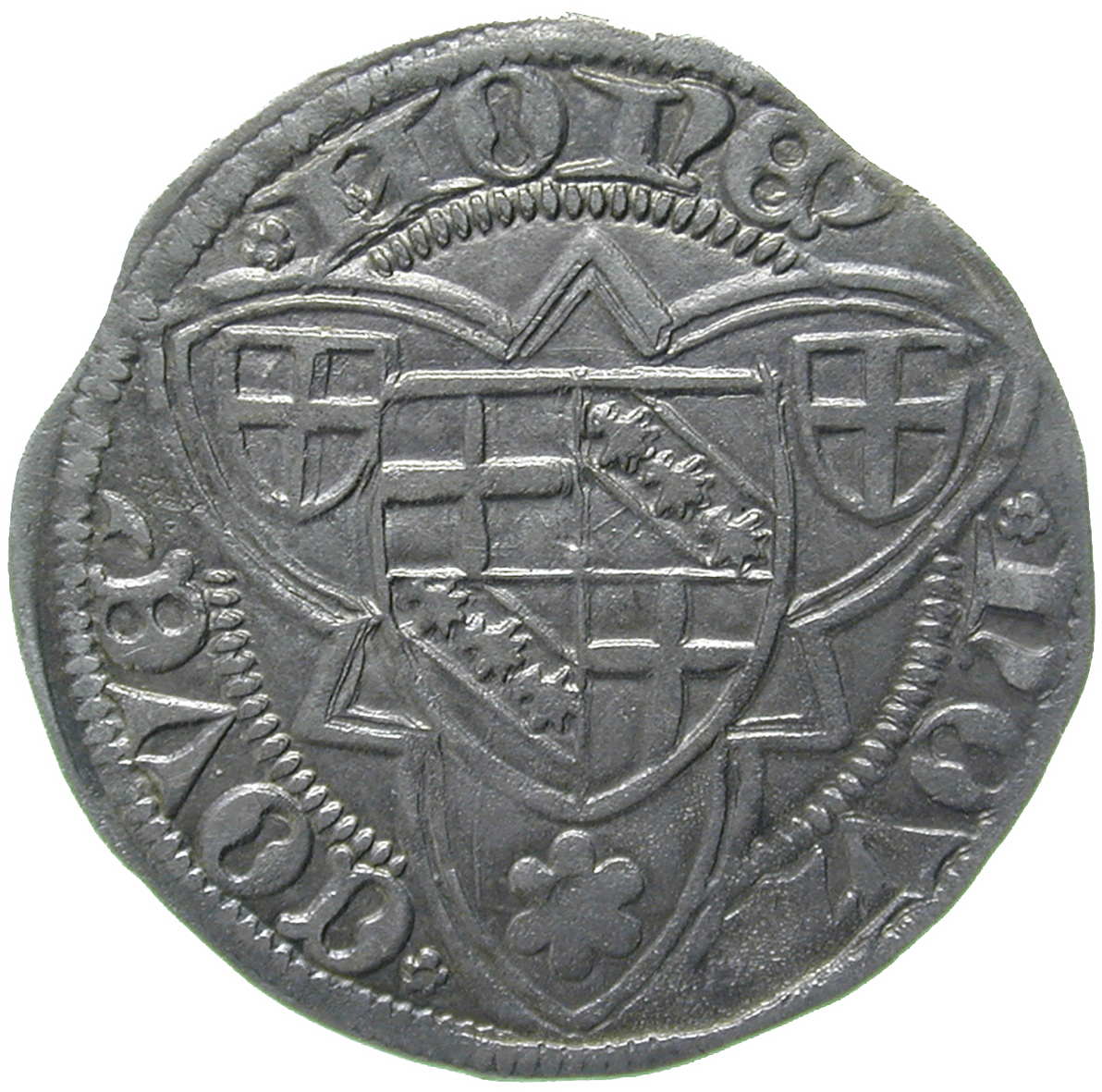 In 1385, the archbishops of Cologne, Treves and Mainz, together with the count palatine of the Rhine, agreed for ten years to issue uniform gold and silver coins, the gulden and the white pfennig, also called the "albus," the Latin for "white." This coinage agreement was of great importance: for the first time a uniform currency area was created along the Rhine, which was destined to prove extremely fruitful for the development of the German economy. It was not until the promulgation of the imperial coinage ordinances, from 1524 onwards, that the supra-regional importance of the coinage of the Electoral Rhenish coinage union came to an end.