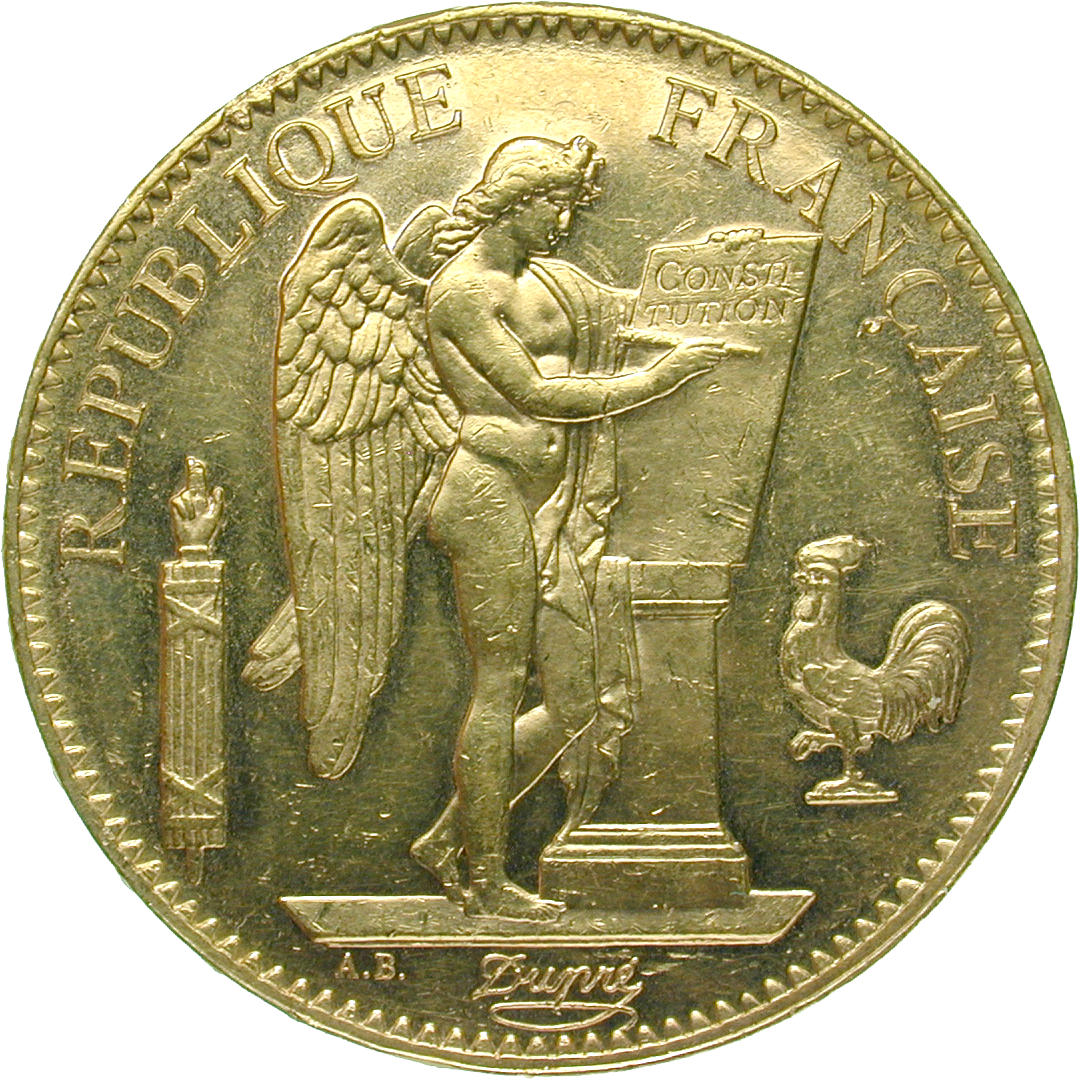 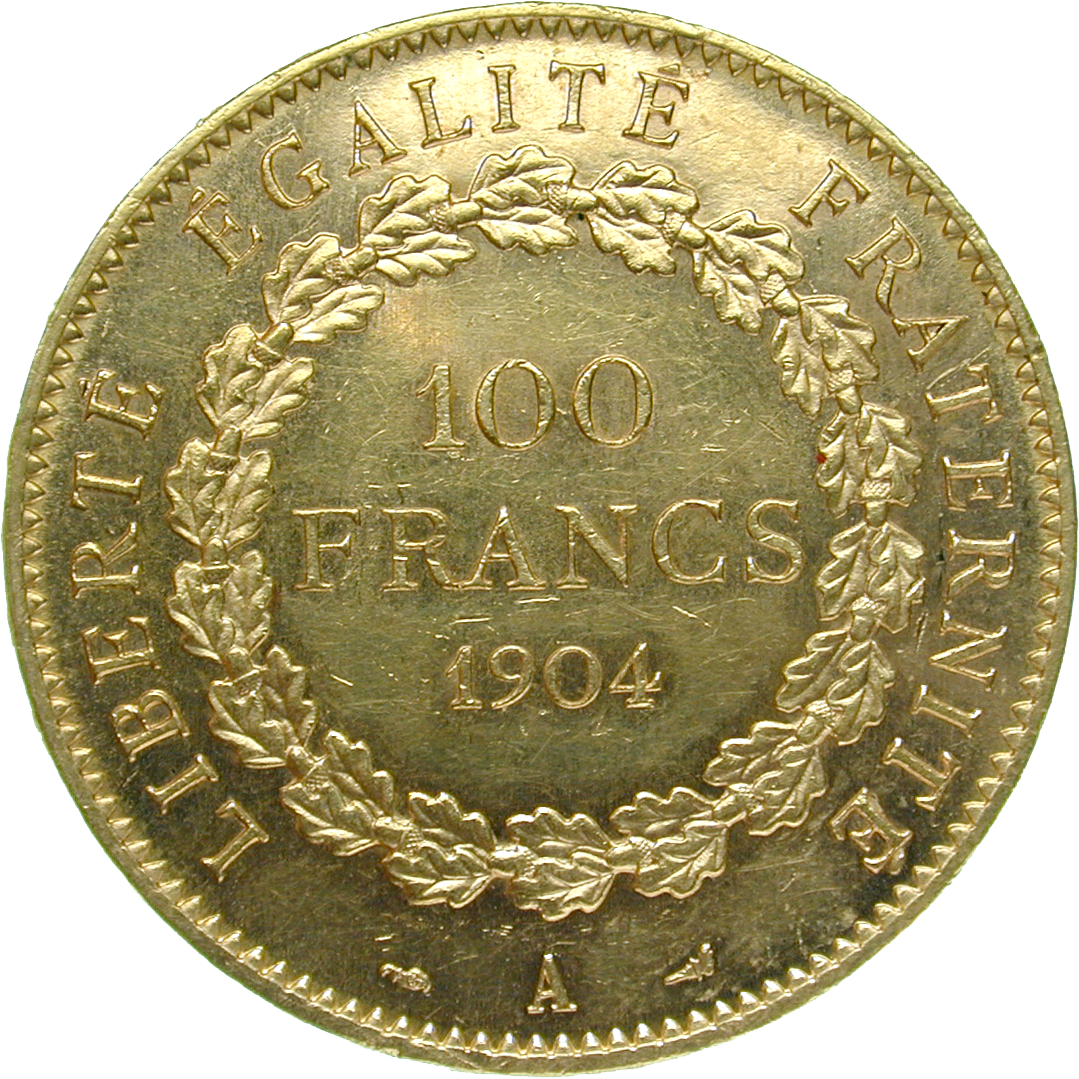 The image on this golden 100 franc-coin dates back to the French Revolution. It depicts a winged Genius writing the French constitution on a tablet of law. The Genius, which was regarded as a tutelary spirit in ancient Rome, stood for the genius that had enlightened the creators of the French Republican Constitution. On the right side of the Genius we see a fasces with a hand taking an oath on top. In Rome, fasces had been attributed to high officials; since then they symbolized the authority of magistrates. The hand stood for the oath taken on the republican constitution. The cock, shown on the left side, has always been an epitome of vigilance. The Latin word for cock is "gallus," which is why the bird became the symbol for French – that is Gallic – alertness.