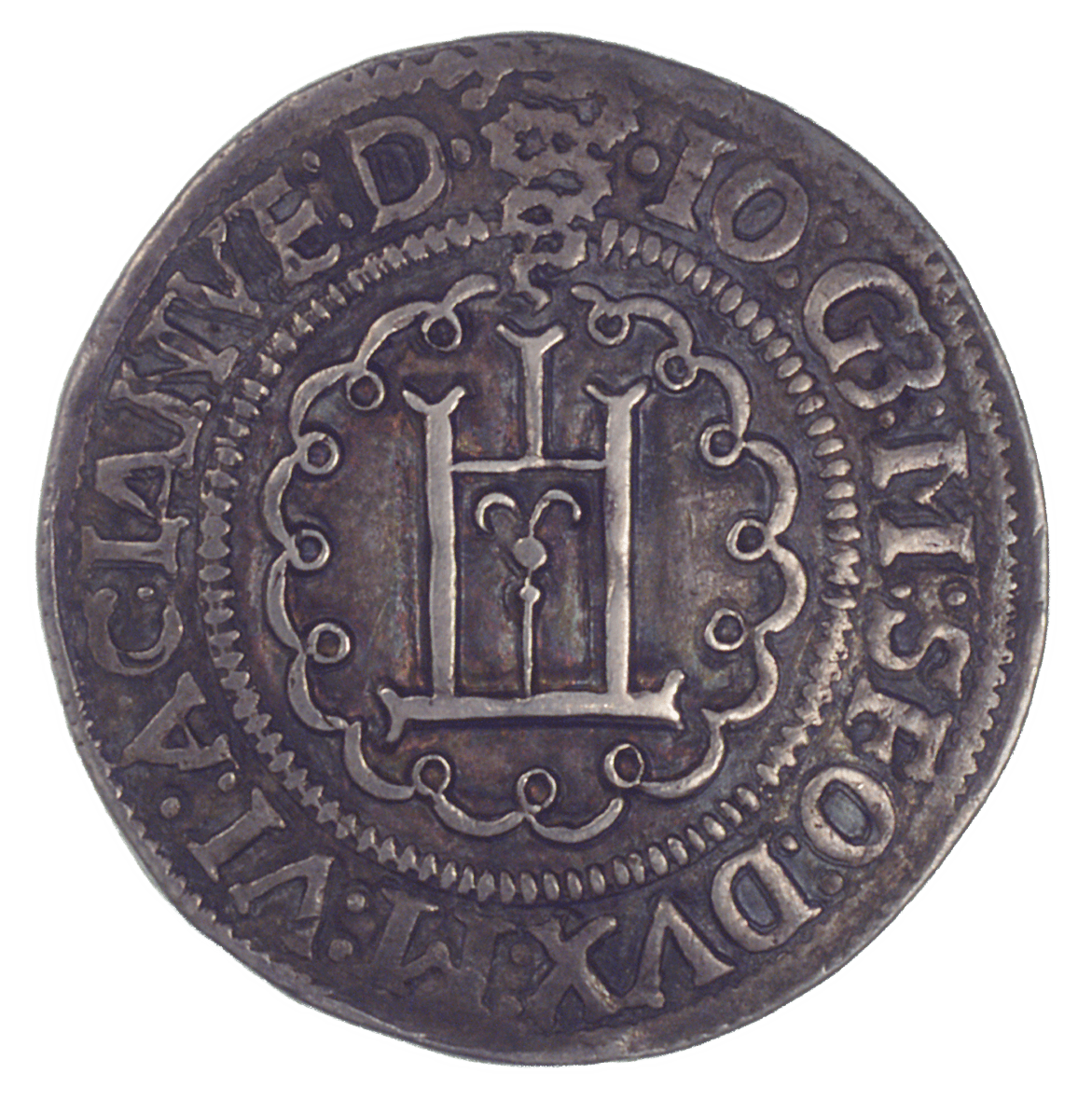 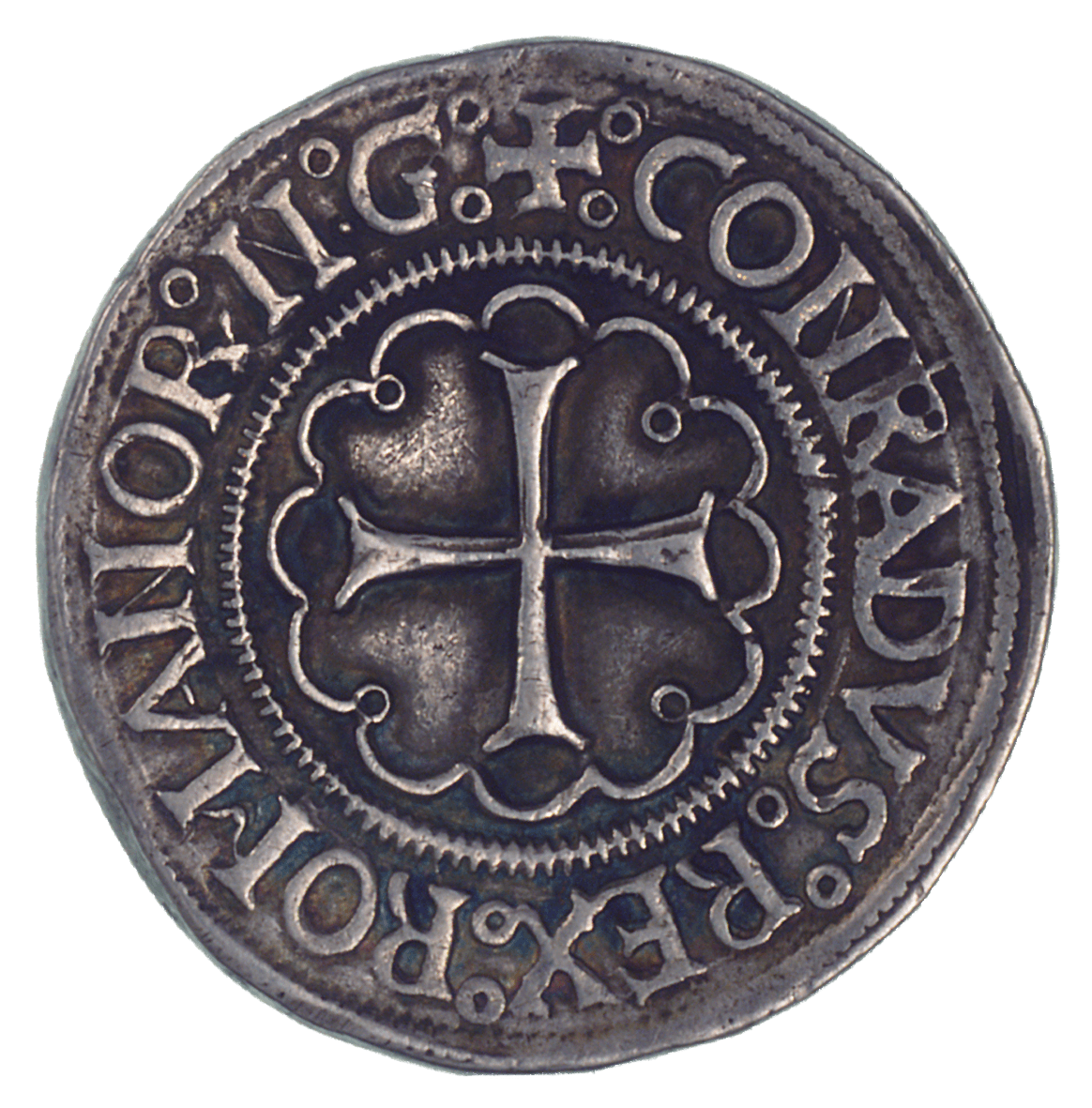 When this coin was struck in Genoa, the city had long passed the zenith of its power. At that time the dukes of Milan reigned over Genoa – the time of the independent maritime republic of Genoa was long over. The design of the Genuese coins remained unchanged even during the rule of the dukes of Milan, however. Indeed it would have been foolish to change it, since money from the trade city of Genoa was well known for its quality, and therefore was readily accepted everywhere. The coins obverses always depicted the city gate of Genoa, while the reverse showed the cross of Jerusalem and an inscription referring to Emperor Conrad III. He had granted the minting privilege to Genoa in 1139, and the city celebrated the emperor for this privilege still 350 years later.