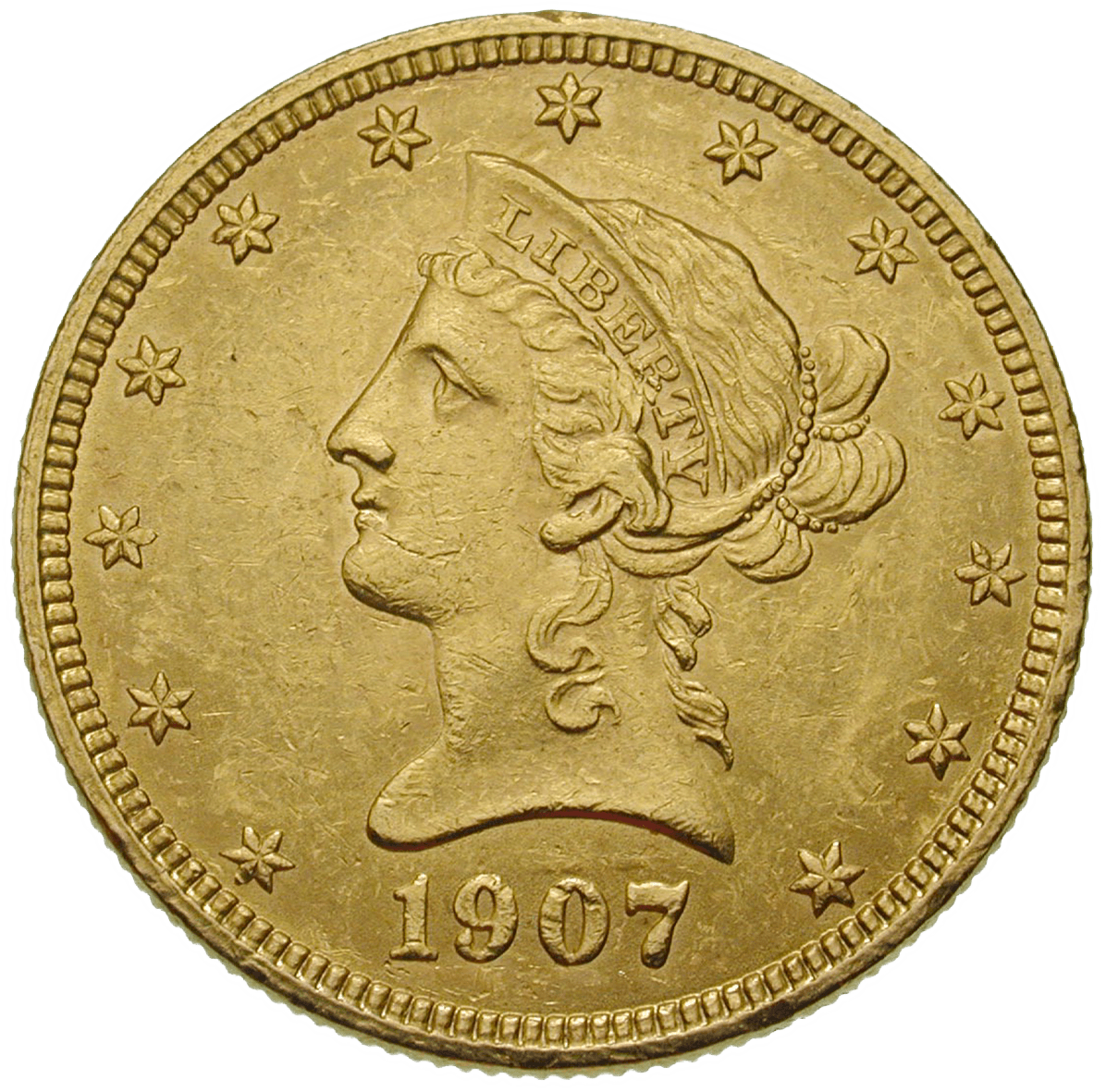 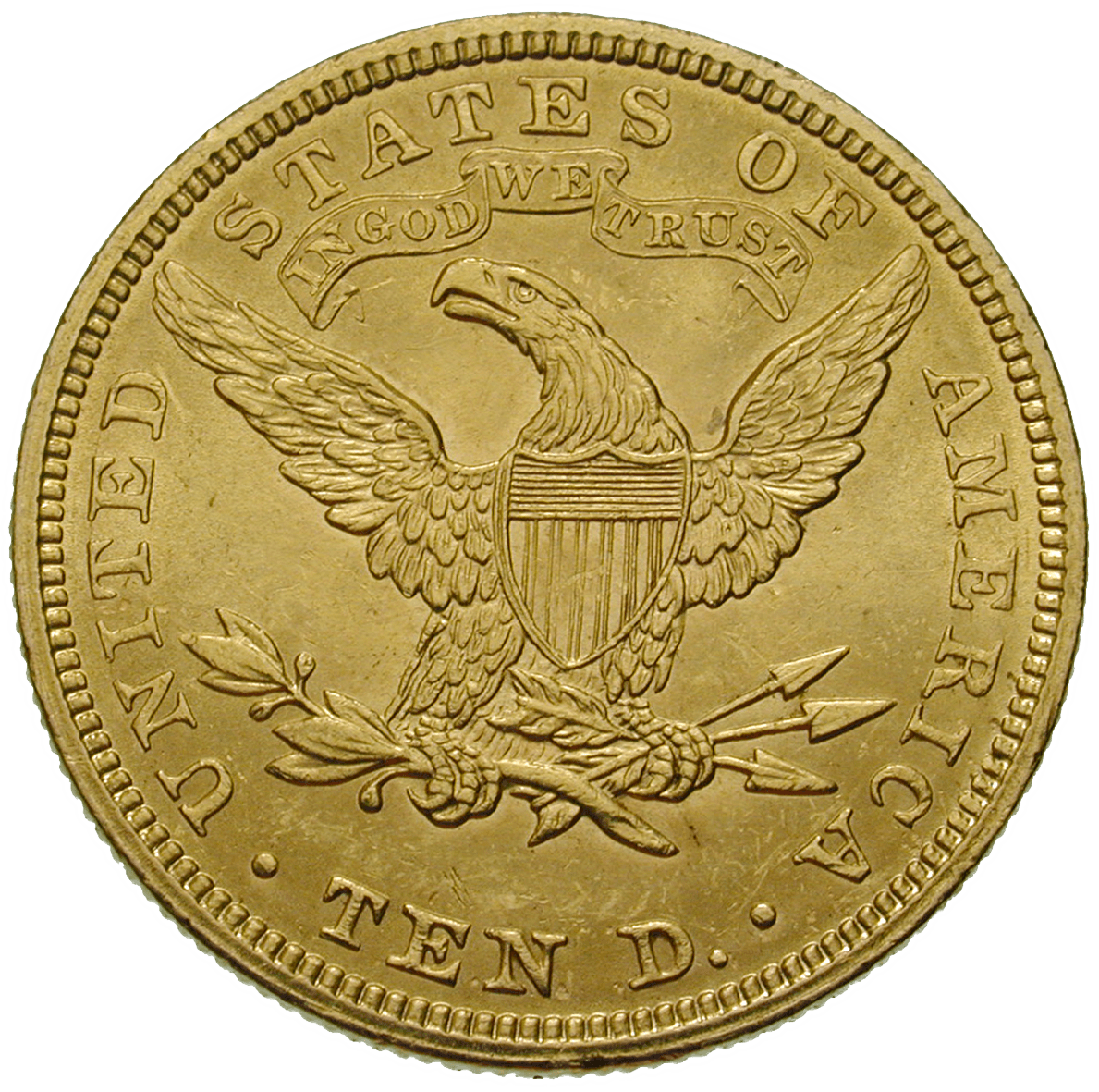 After a grave depression in the 1890s the American economy boomed at the beginning of the 20th century like never before. It was a golden age for large parts of the population, not only in the United States. Europe flourished also; in France, this era was called La Belle Époque, in America the Gilded Age.

During that gilded epoch the most beautiful American coins were minted. Two big gold coins took the center stage: the eagle at 10 and the double eagle at 20 dollars. The famous American sculptor Augustus Saint-Gaudens redesigned both coins in 1906.