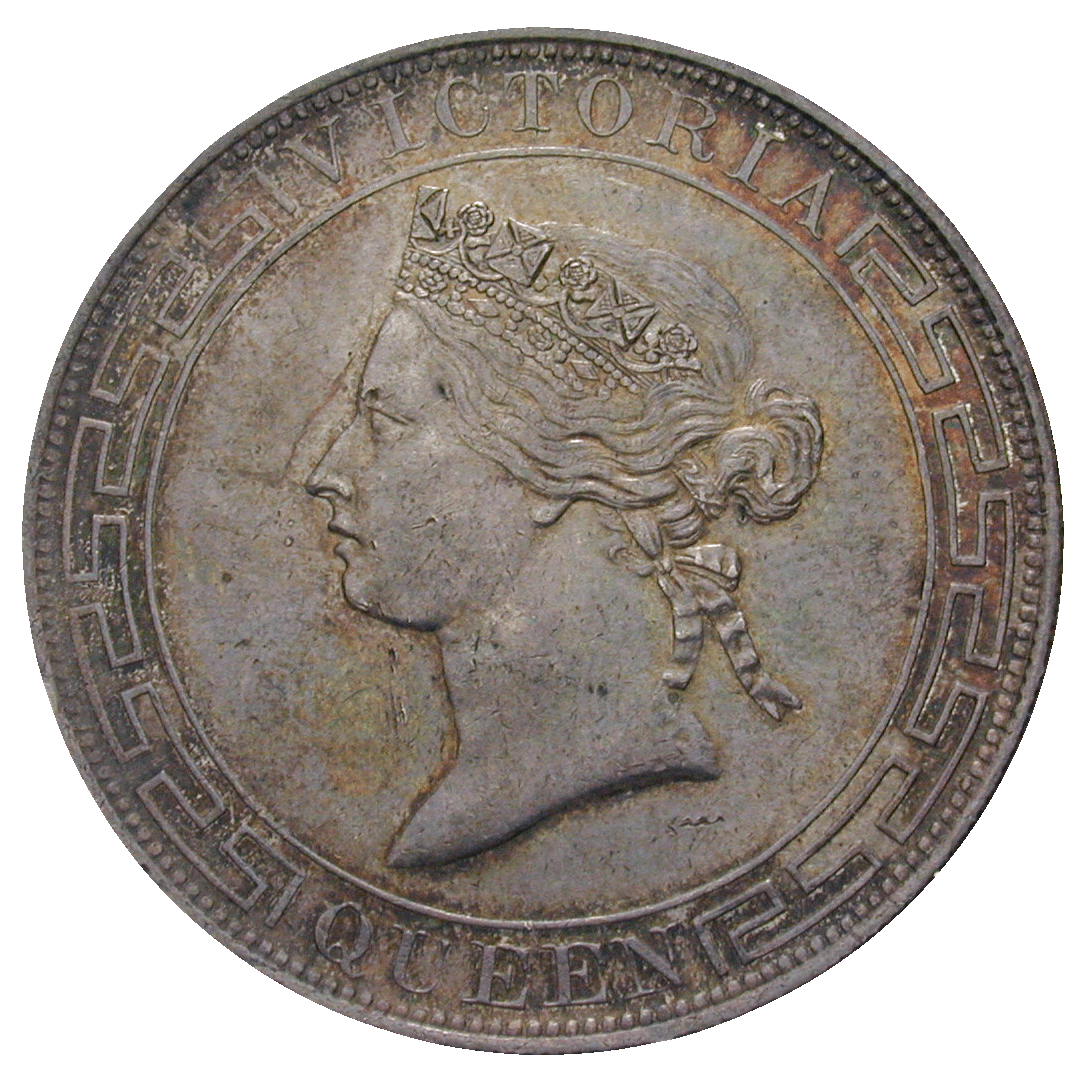 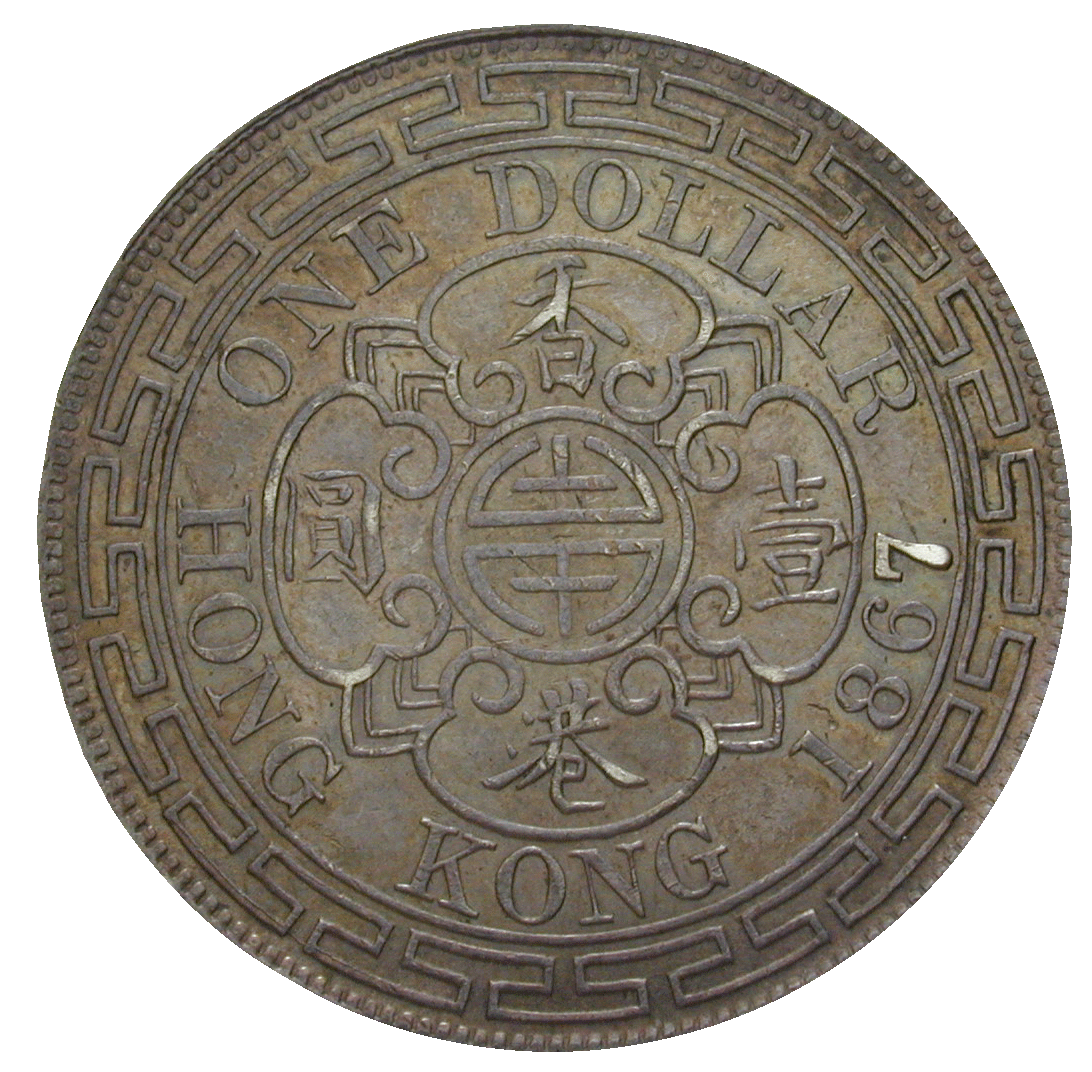 Today, one pays with Hong Kong dollars in Hong Kong, thanks to the British queen Victoria (1837-1901), who had such dollars minted in the years 1866-1868 as silver trade coins. The Hong Kong dollars were to replace the Spanish-Mexican pesos, the most popular trade coins in China at that time. However, the Hong Kong dollar did not prevail over the peso; after only two years, its coinage had to be ceased. In 1895, a new attempt was made: A trade dollar was issued for East Asia, which eventually evolved into the Hong Kong-dollar still in use today. It bore the image of Queen Victoria on its obverse; the reverse showed ornaments and Chinese and English legends as well as the date of issue.