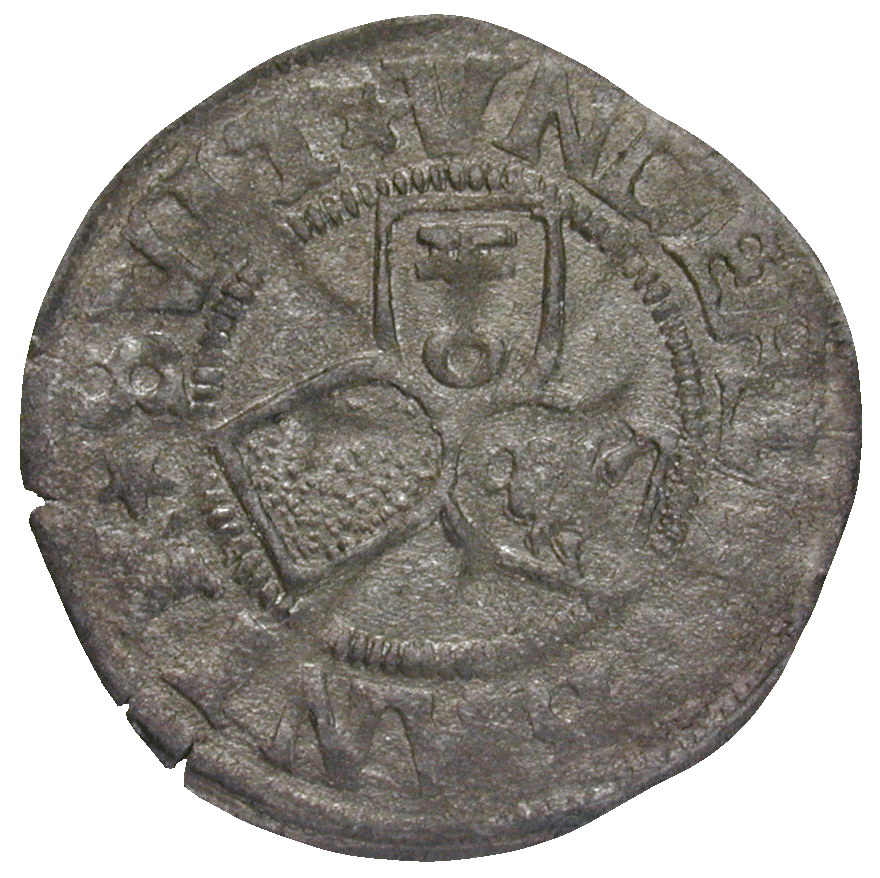 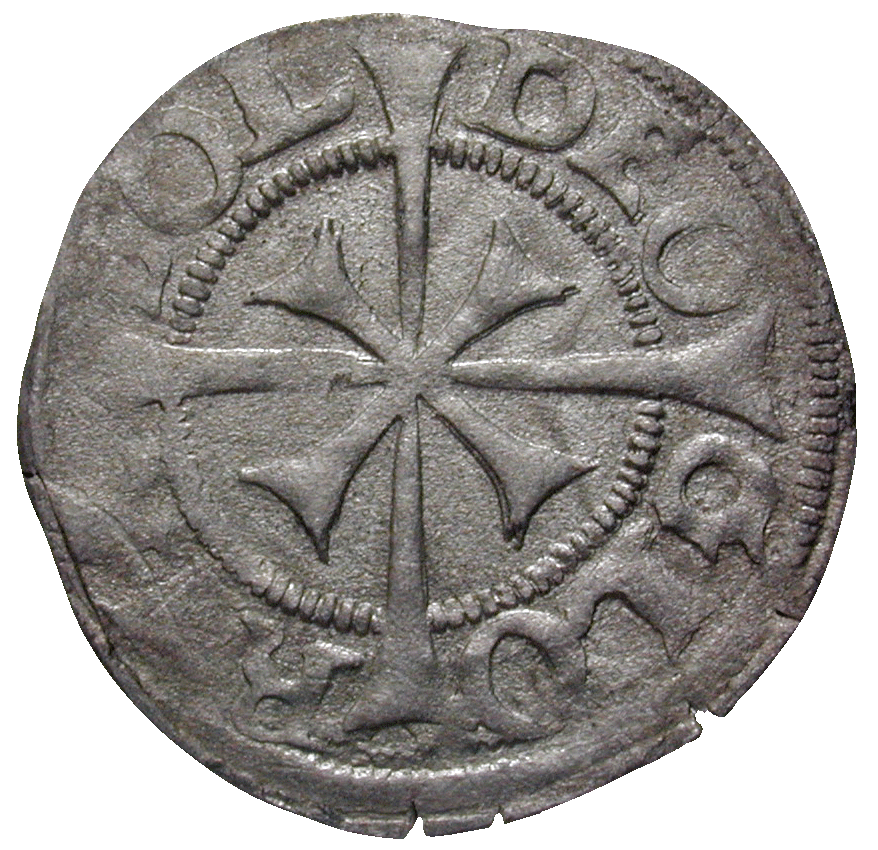 At the beginning of the 16th century, the three Alpine cantons of Uri, Schwyz, and Unterwalden, undertook their first attempt to issue common coins. However, they soon started to quarrel and as a result ended their monetary partnership. In 1548, the three cantons made a second effort for a common coinage. Over the next 150 years, they struck their coins on a corporate basis at the mint of Altdorf. This silver coin originates from that time. After the design of the double cross on the reverse it is called kreuzer (German for cross). The obverse bears the coat of arms of Uri, Schwyz and Unterwalden.