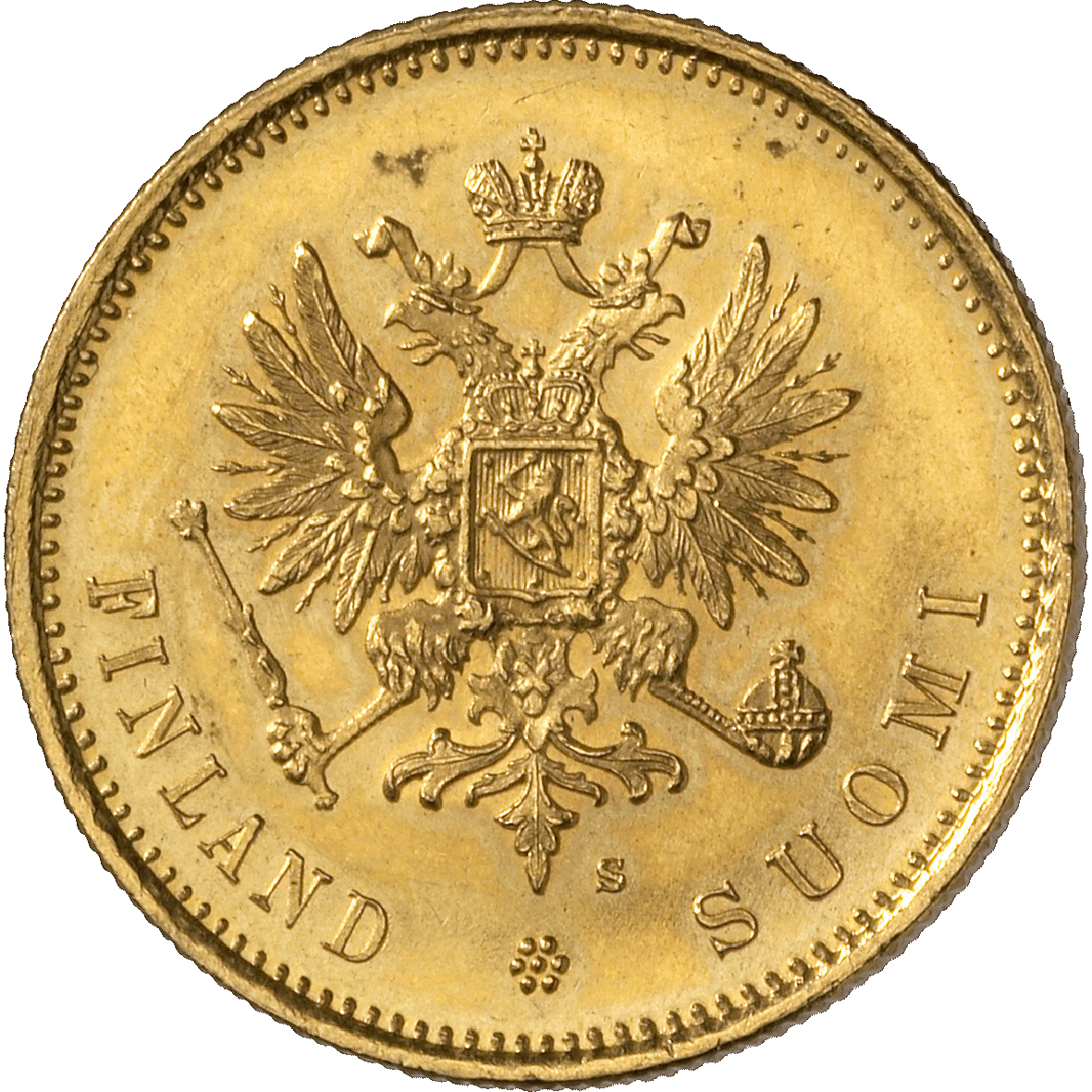 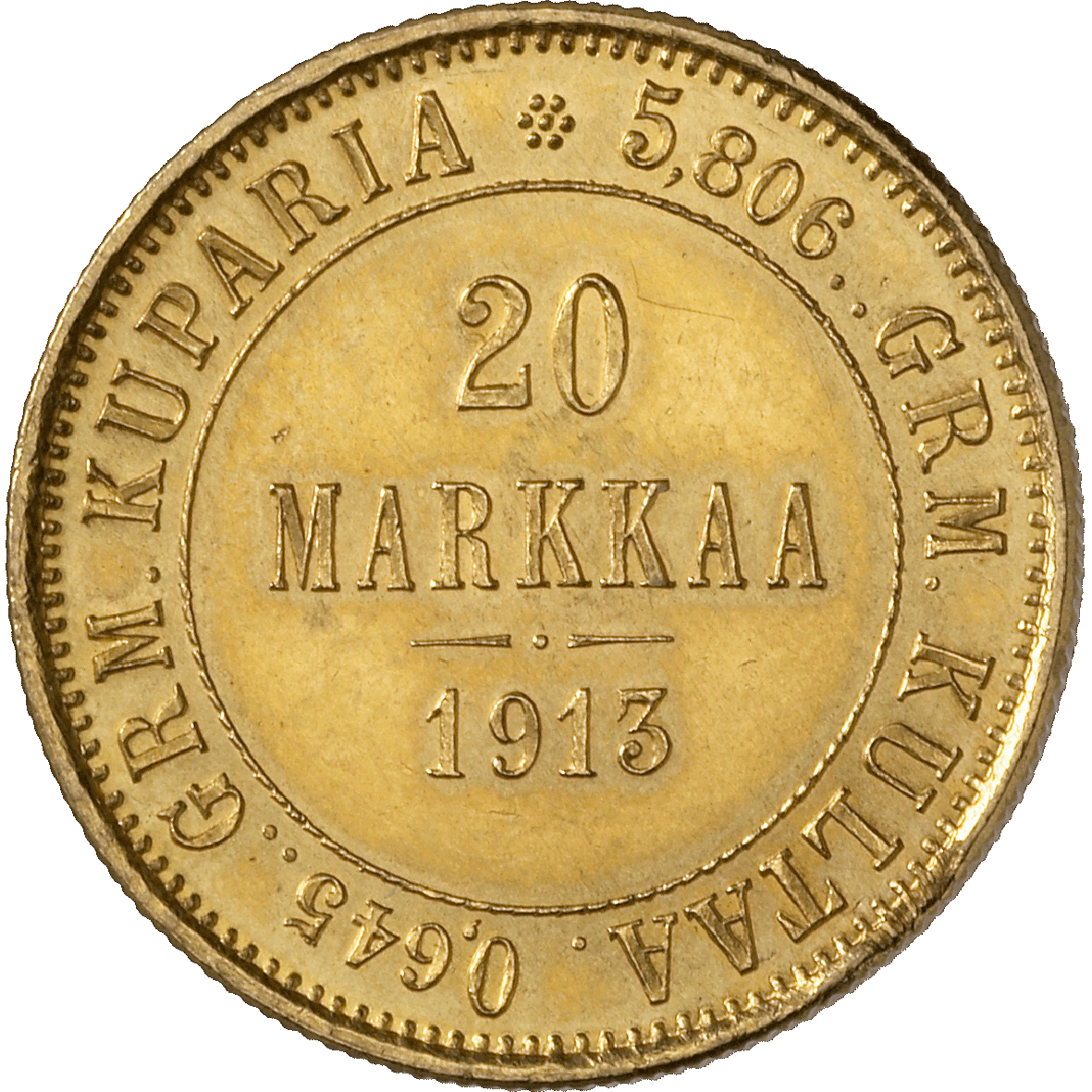 Over centuries, Finland was the most eastern part of the Swedish Kingdom. But after the defeat of the Swedes in the Russian-Swedish War of 1808-1809, the little land in the north changed hands. From now on, Finland belonged to Russia, and with that gained an entirely new status: For the first time in history, an autonomous Finish state came into existence. The Russian Tsar Alexander I granted far-reaching autonomy to his new great duchy; Finland was even allowed to issue its own currency. In 1860, the Finish markka (markkaa in plural) was introduced. Its design was geared after the Russian ruble. The obverse depicted the Russian double eagle, even though the Finish variant did not bear Saint George on the chest, but a lion.