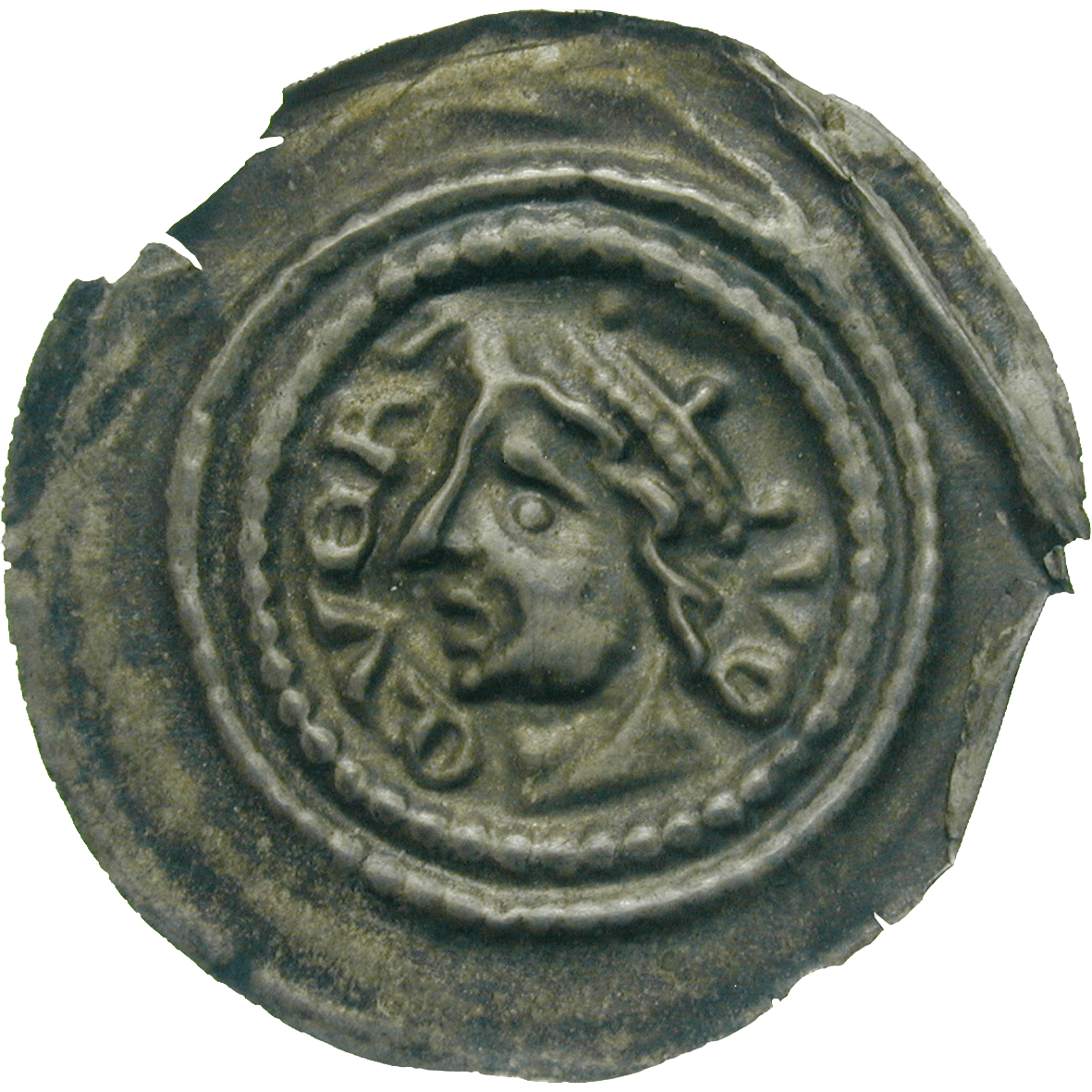 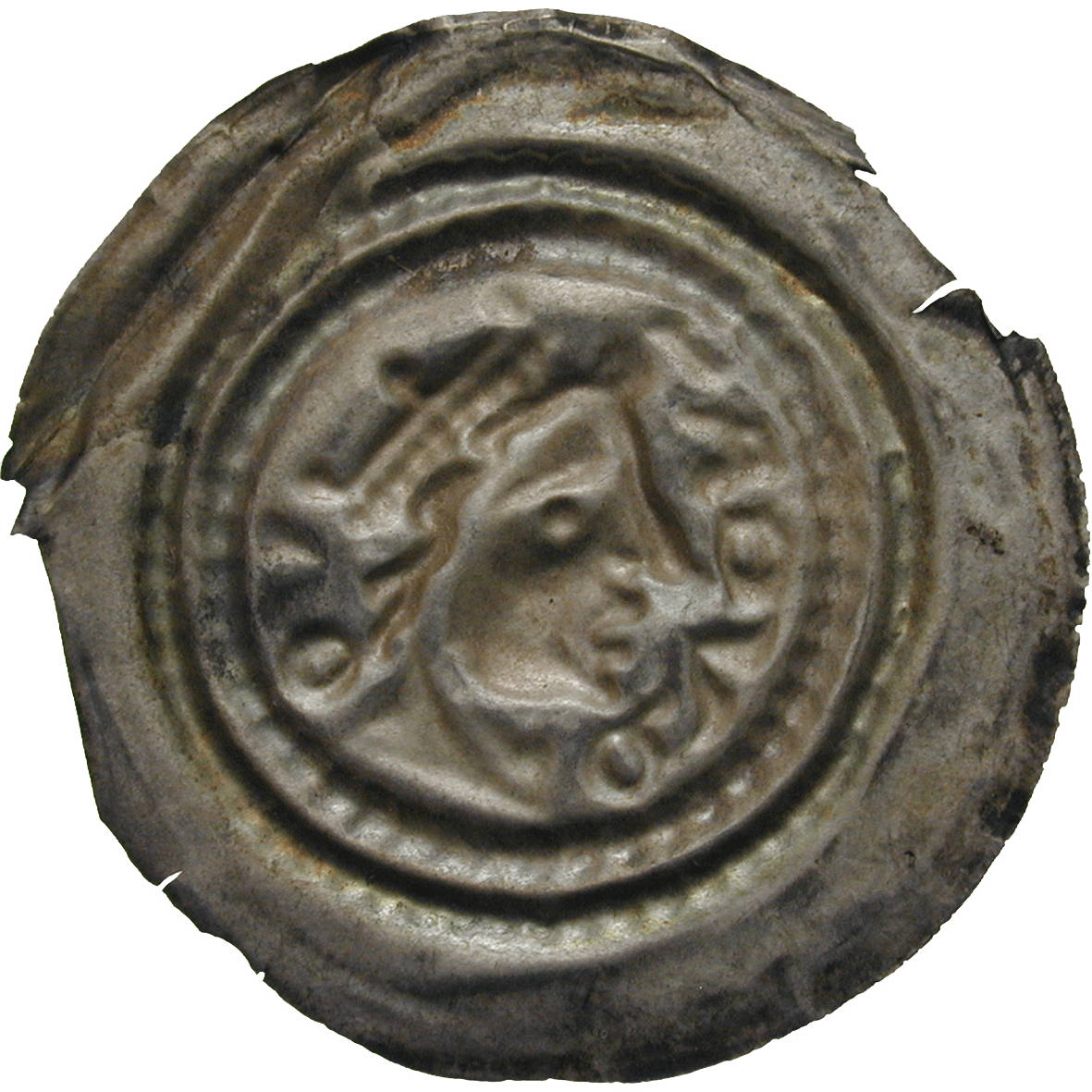 Bracteates were the main type of coins minted in German-speaking areas in the 12th to 14th centuries. They were thin, single-sided pfennigs, mostly large and without inscriptions. Bracteates were regional currency. Many issuers demonetized them regularly. The coins then were called back and replaced with new bracteates. The exchange rate was usually four old against three new coins. This was a bather for consumers and traders alike. On the other hand one could easily get change from bracteates, by simply breaking them into two or four parts. This bracteate shows in a double pearl circle Gebhard, Lord of Querfurt (1216-1240). Rare for this sort of coin it bears a inscription, QVER VO for Querfurt.