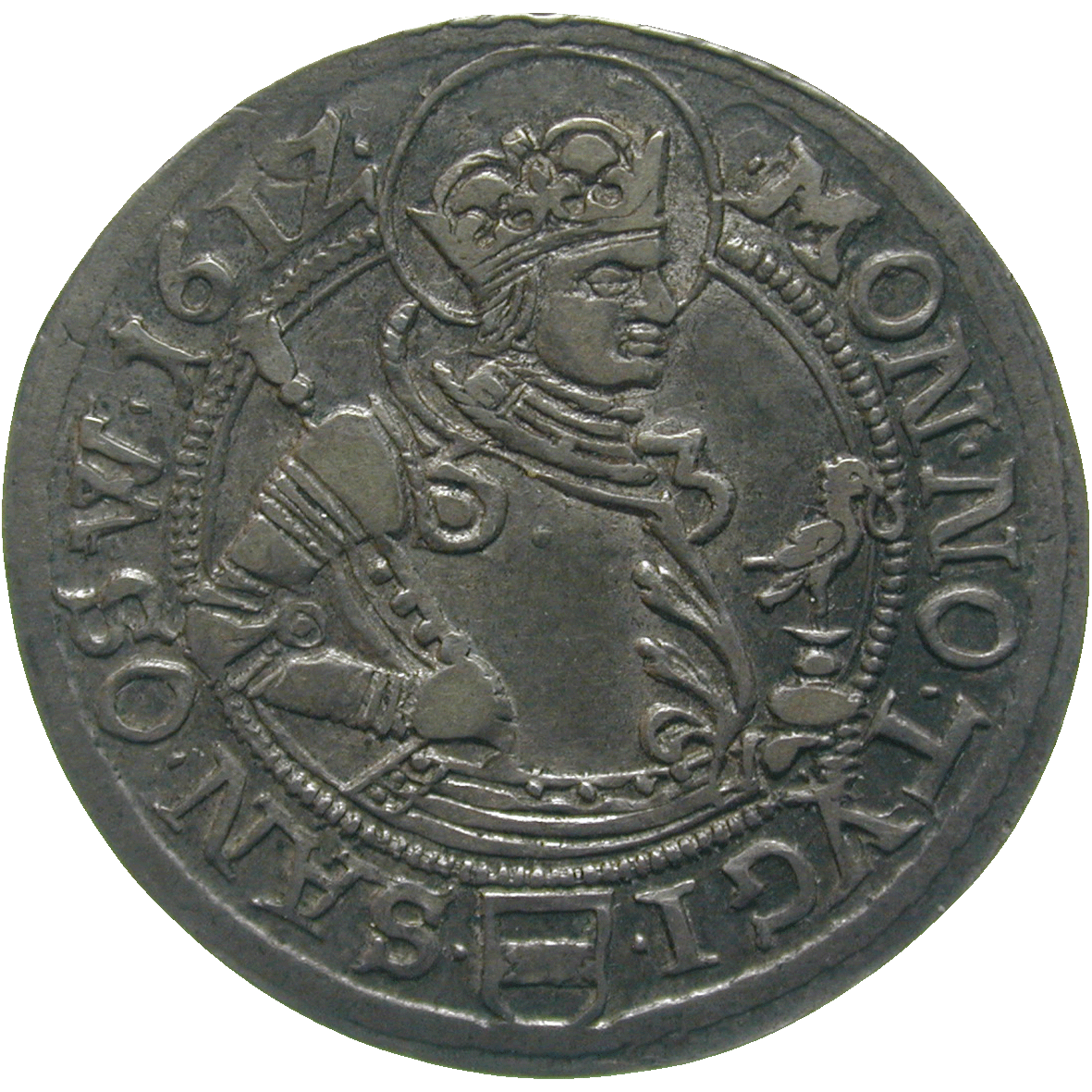 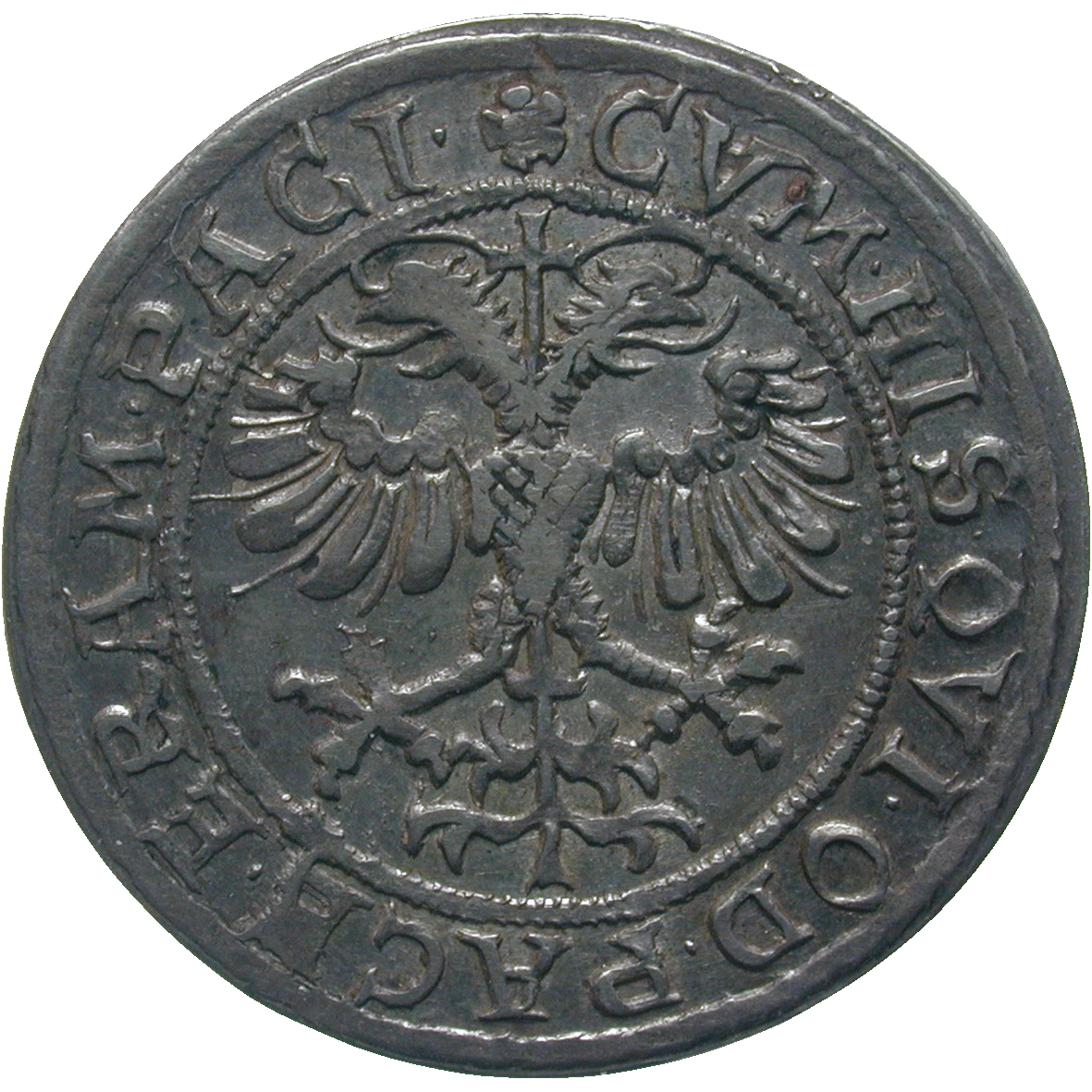 In 1609, the city of Zug leased the right of coinage to a certain Caspar Weissenbach. He soon proved to be a shrewd businessman: Weissenbach issued coins on a large scale and thus managed to acquire a fortune. He smartly organized the distribution of his coins by conveying them to commercial travelers who then spread them on their journeys. Weissenbach mainly minted money-spinning schillings, and in addition from 1609 to 1624 also dickens. In Strasbourg, Speyer and Lower Austria, the latter were soon forbidden. Before long, however, diverse Swiss and Italian coinage authorities began to make big money with dickens from Zug too: they were copied in large numbers.