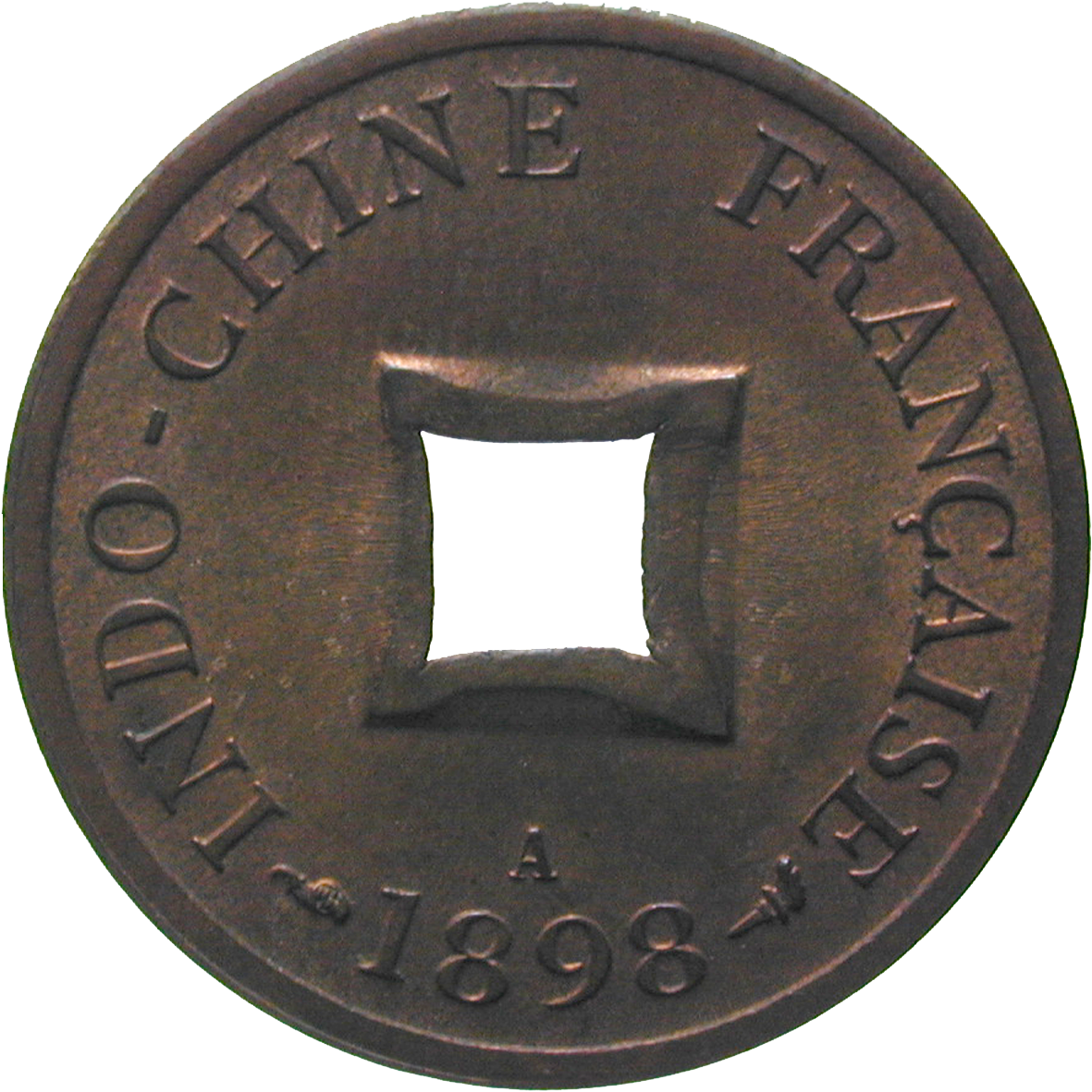 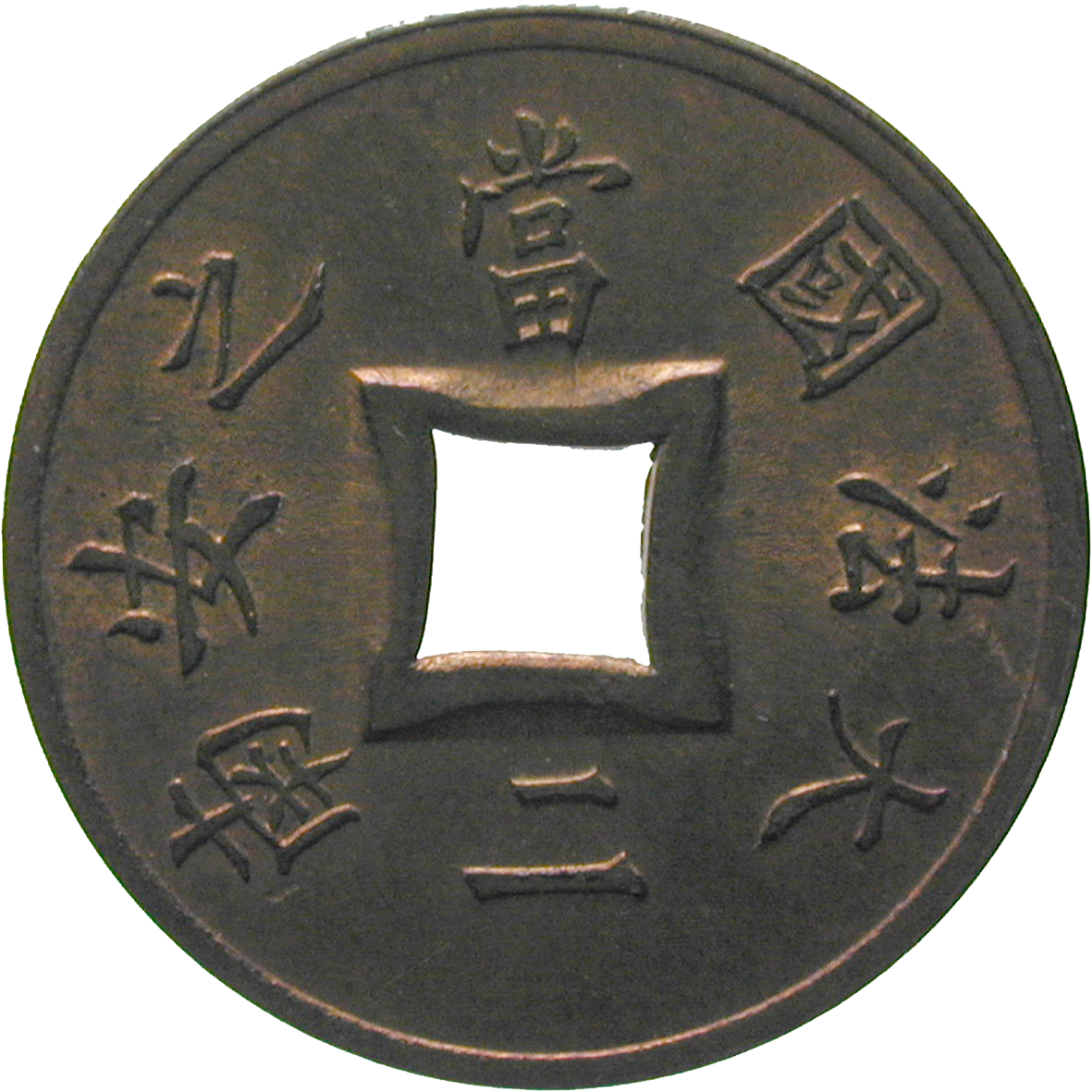 From the end of the 1840s, France tried to gain a foothold in southeast Asia. Because the ruler of Vietnam refused to conclude trade agreements, France began military expeditions in the mid-50s. In 1859 the French conquered the city of Saigon, and from there occupied the south of the land. From 1875 the French started to replace the traditional Vietnamese bronze coins by French coppers to mark France's domination over the Indochina. The new currency was minted in Paris and shipped to Vietnam to be put into circulation. The coins bore the legend INDO-CHINE FRANÇAISE and had, like the old Vietnamese coins, a square hole in the middle.