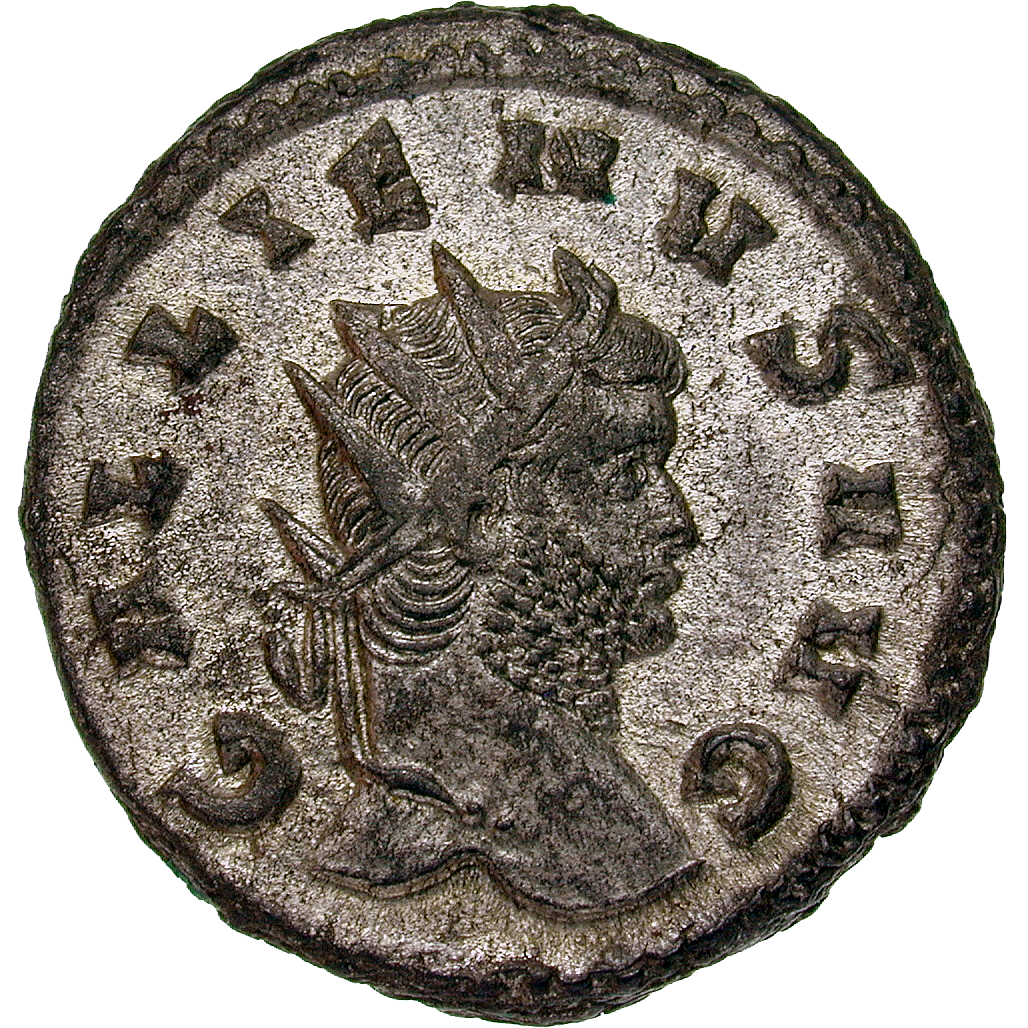 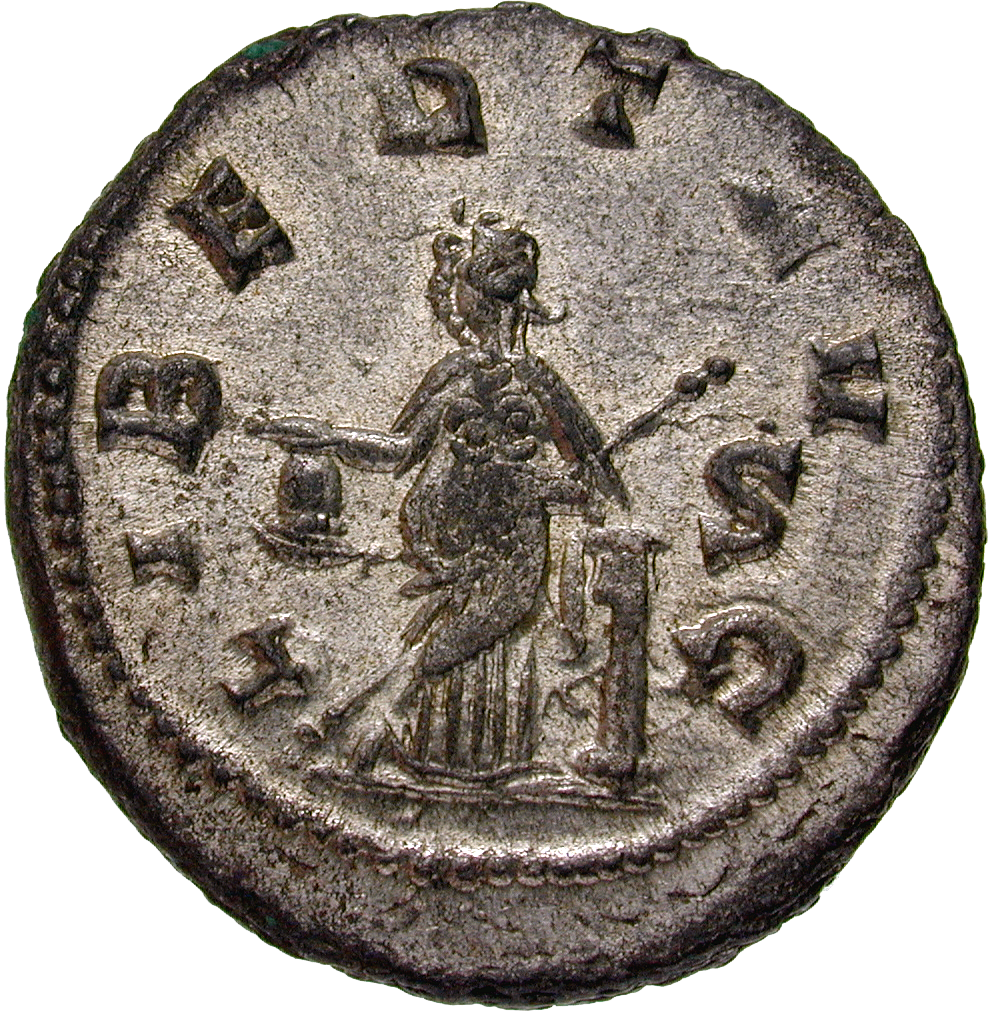 In the 3rd century the Roman Empire had reached the nadir of its power. In 253 Valerianus was declared emperor by his troops, and made his son Gallienus his co-regent. As from 260 Gallienus reigned alone. In this time he managed by means of reforms to save the Roman Empire from total collapse. His attempts to stabilize the economy proved futile, however.

Gallienus tried to stop inflation by increasing coin production. Coin emissions in Rome were doubled, and several additional mints were opened. Never before had so many coins been in circulation; for that reason the antoninians of Gallienus are among the most common coins of Roman monetary history.