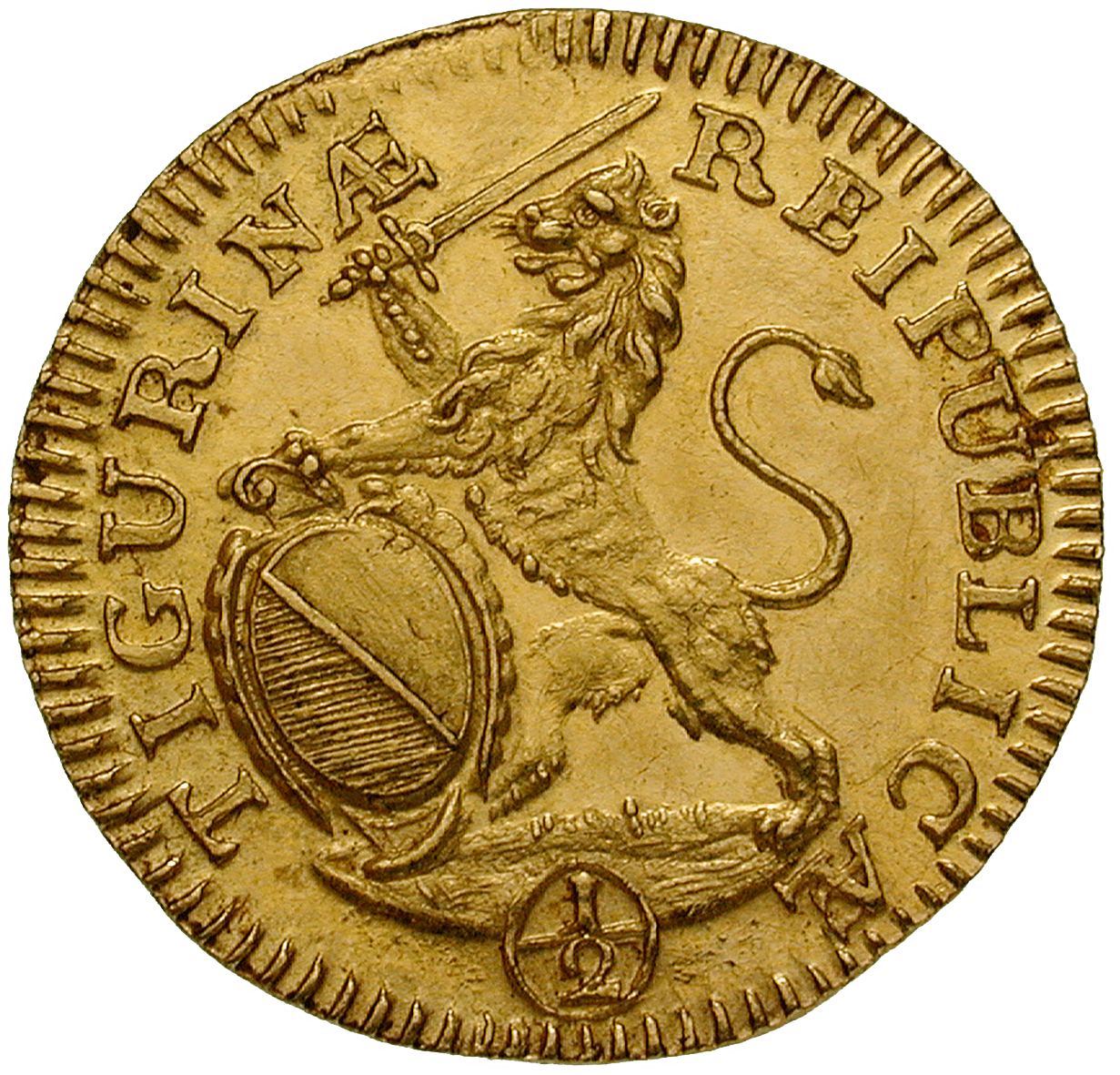 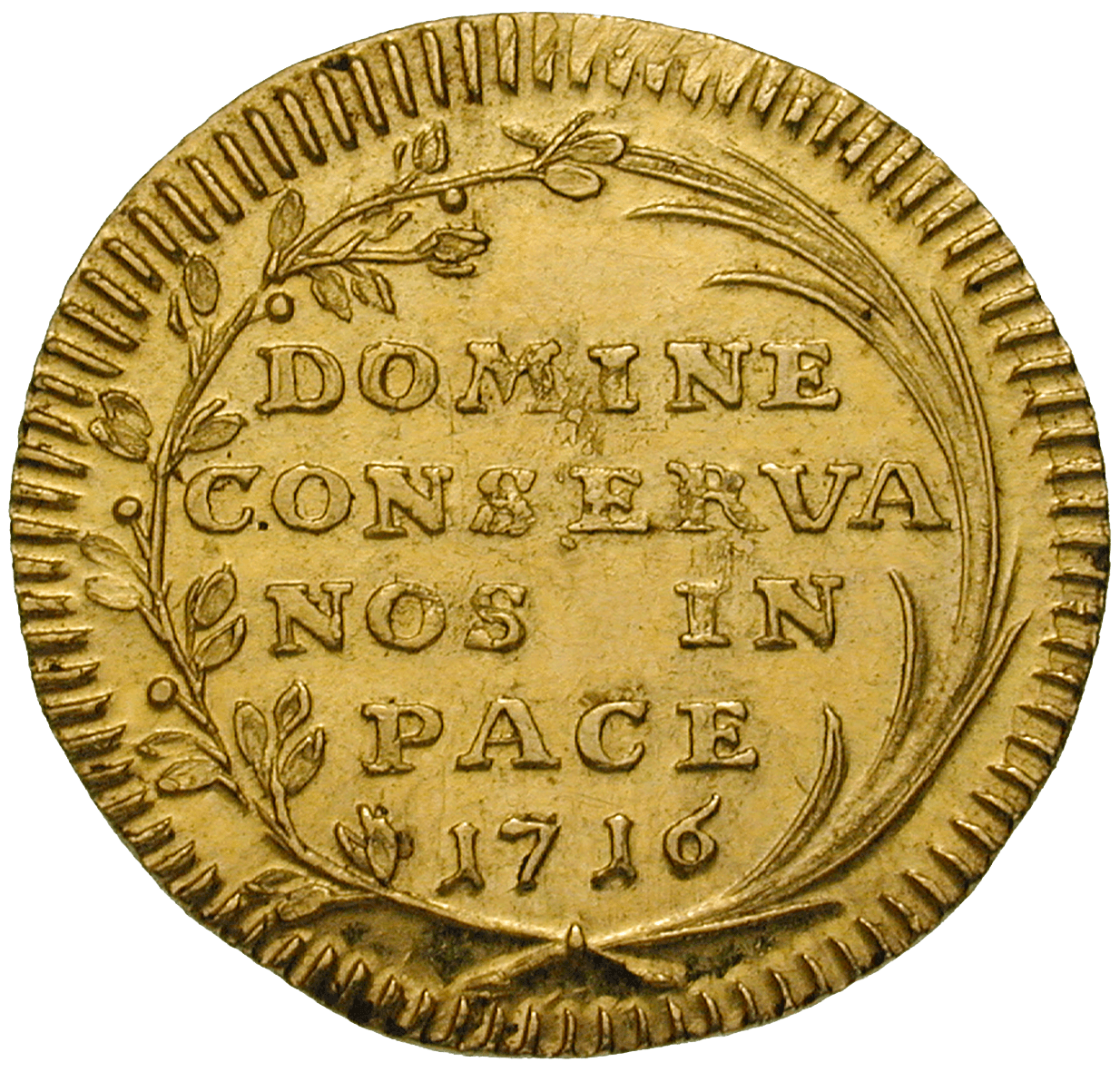 Zurich was very anxious to maintain the coining monopoly within its territory free from outside influences. That was no easy task, as there were over thirty minting authorities in 18th-century Switzerland.

To make the identification of its own coins easier, the city insisted on high-quality coinage. Besides it kept the design of its coins mainly unchanged since the beginning of the 18th century. The obverse of the Zurich coins mostly bore the lion with the Zurich coat of arms and a sword. The reverse boasted the motto DOMINE CONSERVA NOS IN PACE – Lord, preserve us in peace, and the date.