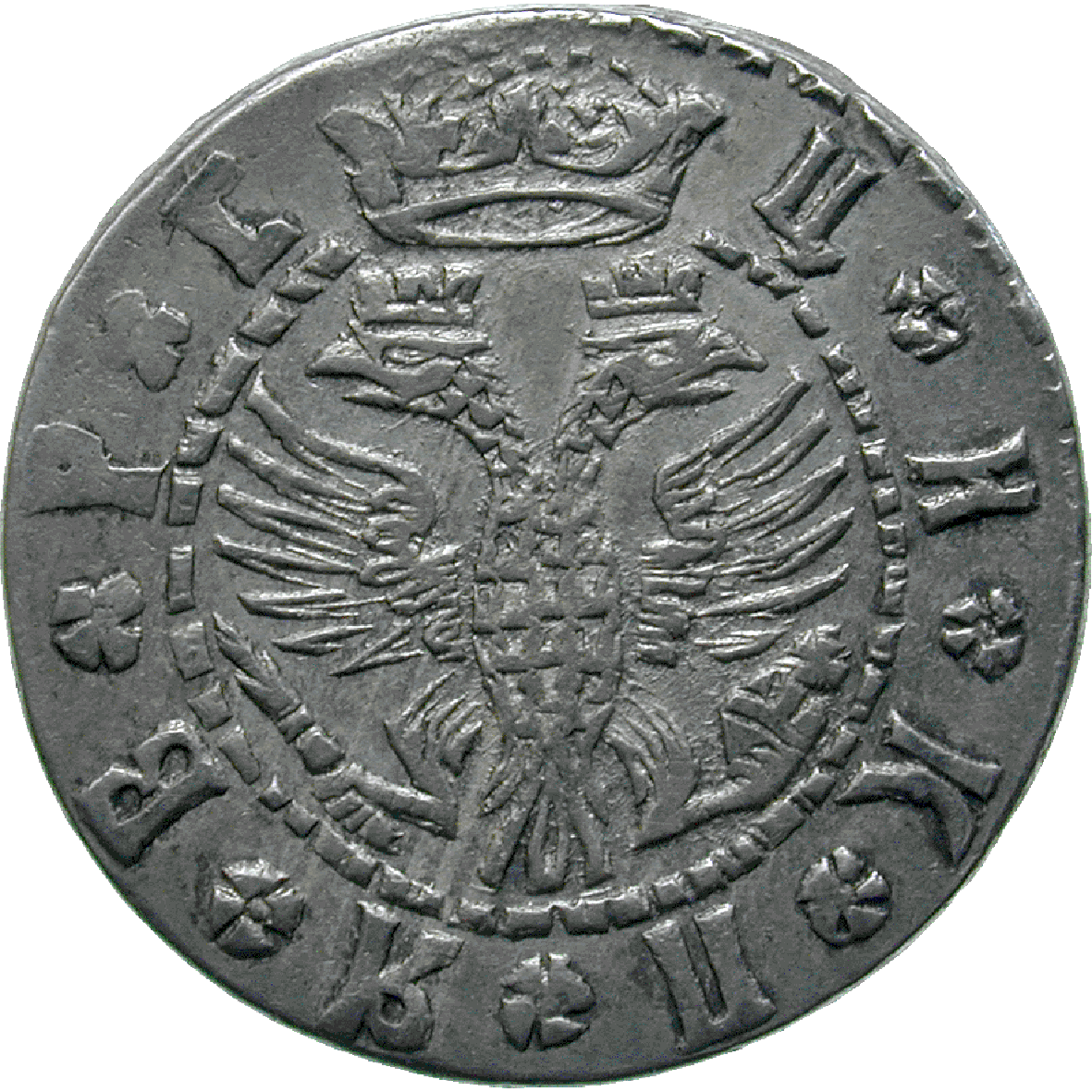 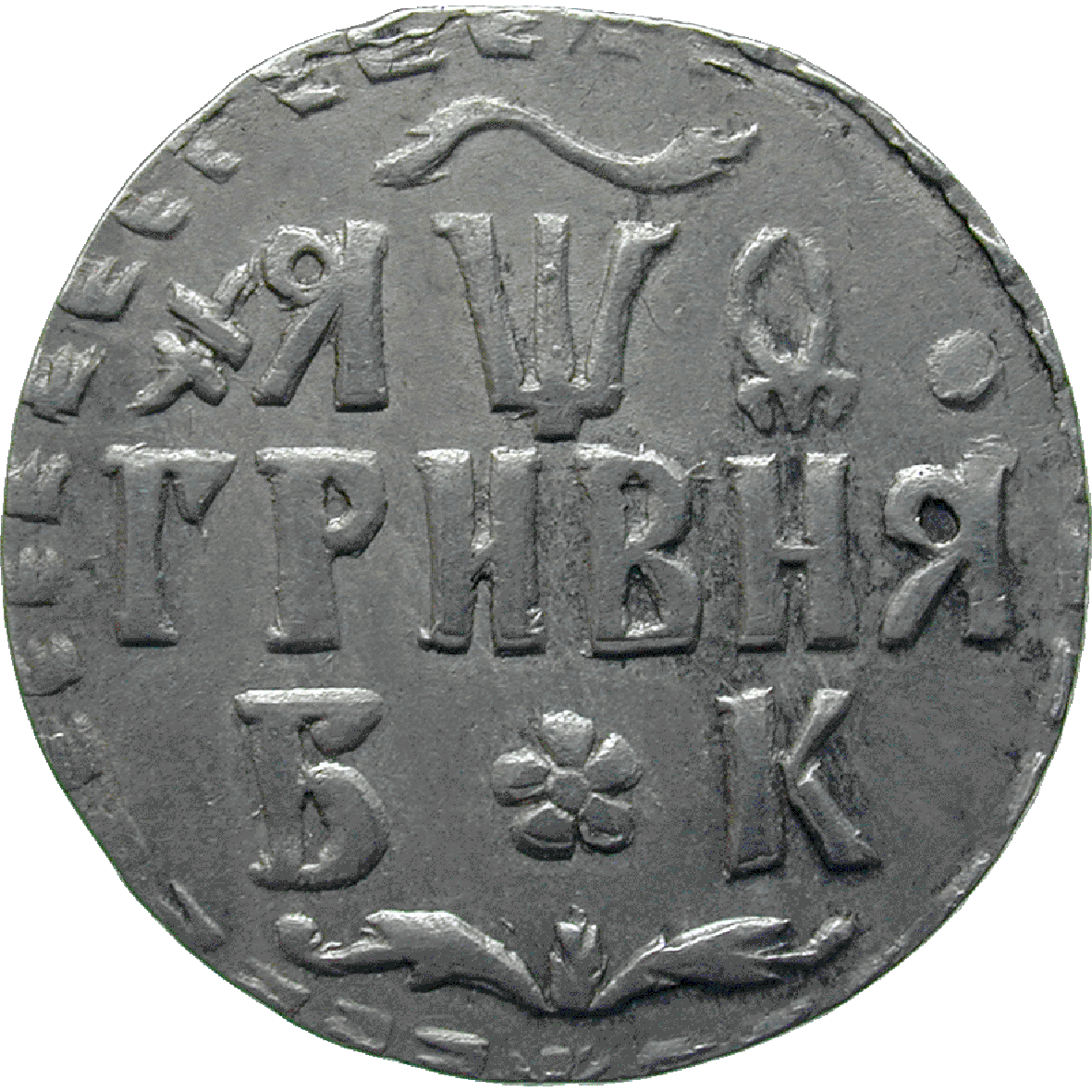 The term grivna derives from Old Russian language. As early as the 11th century, the word described a unit for payment, weight and account. In the 12th and 13th centuries, silver bars called grivna were used as means of payment. At the beginning of the 18th century, Tsar Peter I (1682/9-1725) conducted a coinage reform, in the course of which he issued 10 kope k coins modeled after western coins. These new coins were called grivna, or grivennik. In the course of the following century they became the most important currency in Russia. They always bore the Russian imperial eagle on their obverse, while the reverse gave their denomination.