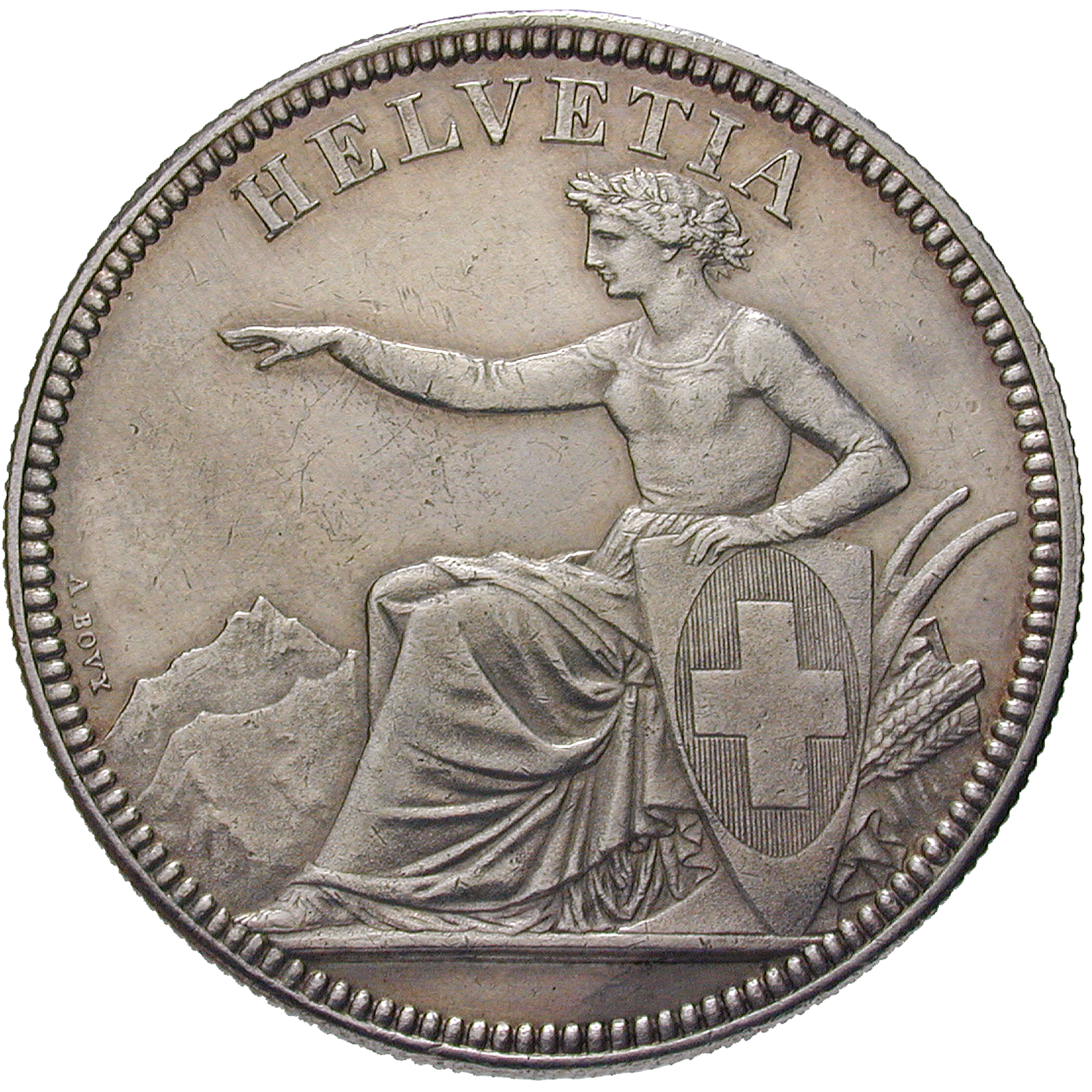 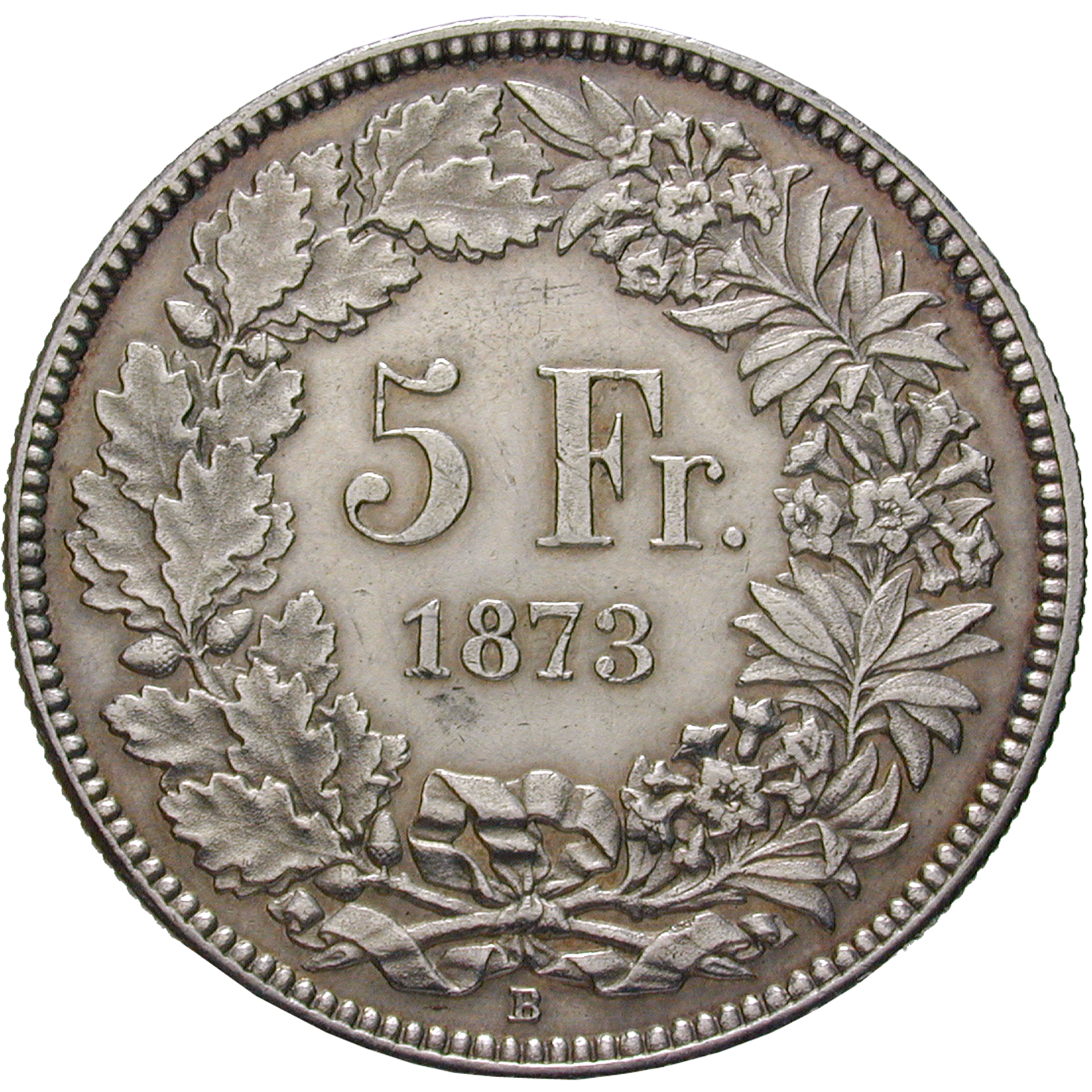 When Switzerland set off to create a new national currency in 1848, the question of coin designs arose. After some back and forth it was decided that the Swiss coins were to depict personifications, idealized figures representing the country.

Embodiments of countries were an invention of Antiquity. They were always depicted with attributes characteristic for the respective land. Helvetia was thus crowned with a wreath of alpine roses and seated on a plow with ears of grain. Her right hand pointed to the mountains in the background, her left lay on the Swiss escutcheon.