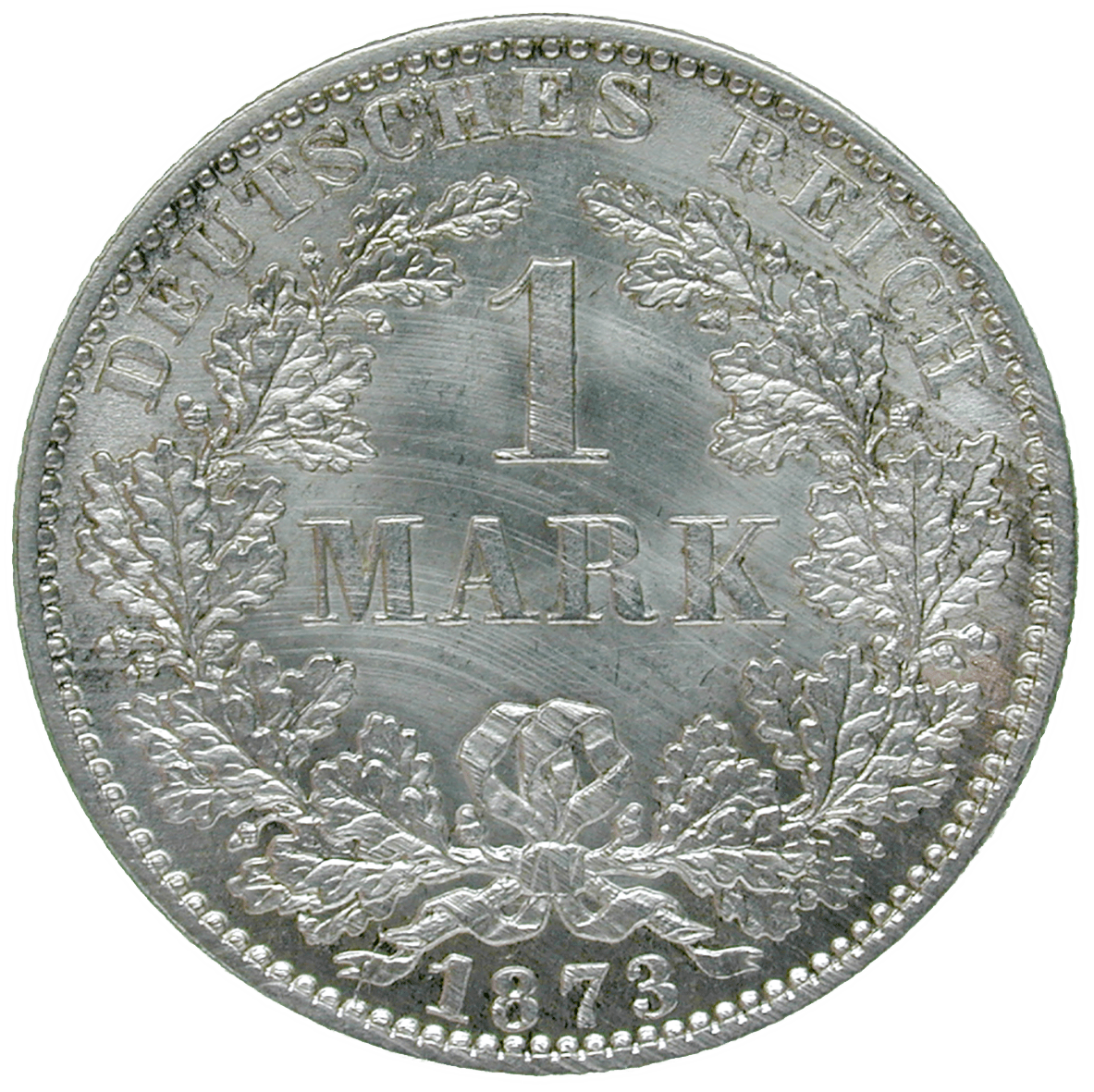 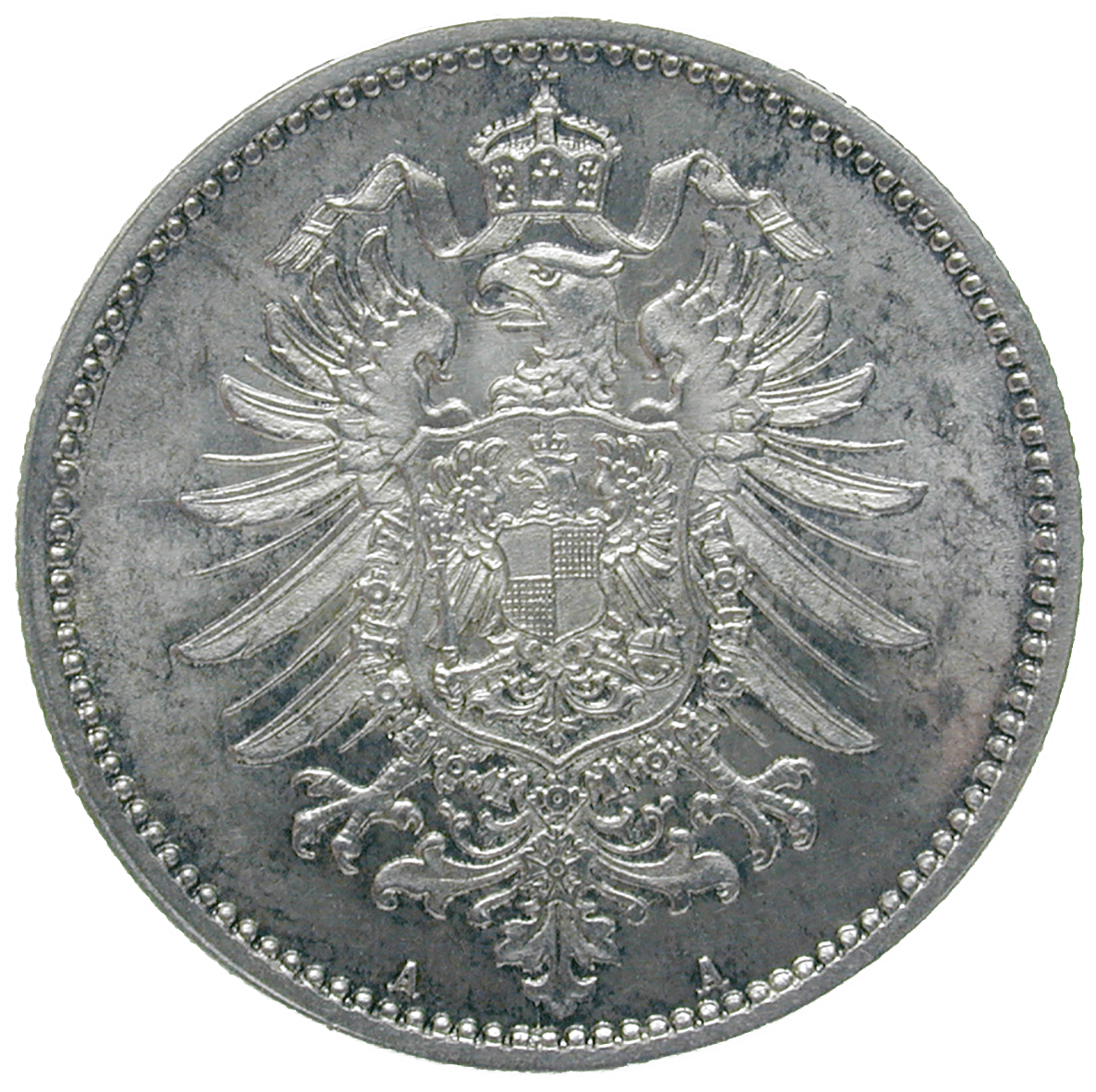 In 1871, the Prussian Chancellor Otto von Bismarck united the diverse German states into the German Empire. Ruler was the former Prussian King Wilhelm I (1872-1888). The new imperial currency was the mark. One mark held 100 pfennigs – for the first time, Germany had a decimal currency system. The reverse of the first coins of the German Empire, struck in 1871, depicted an eagle, a bird that had been symbolizing power, divinity and fortune (of war) in Germany since the Middle Ages: In 800, Charlemagne had assigned the idea of the Roman Empire to Franconia, and adopted the eagle as its symbol.