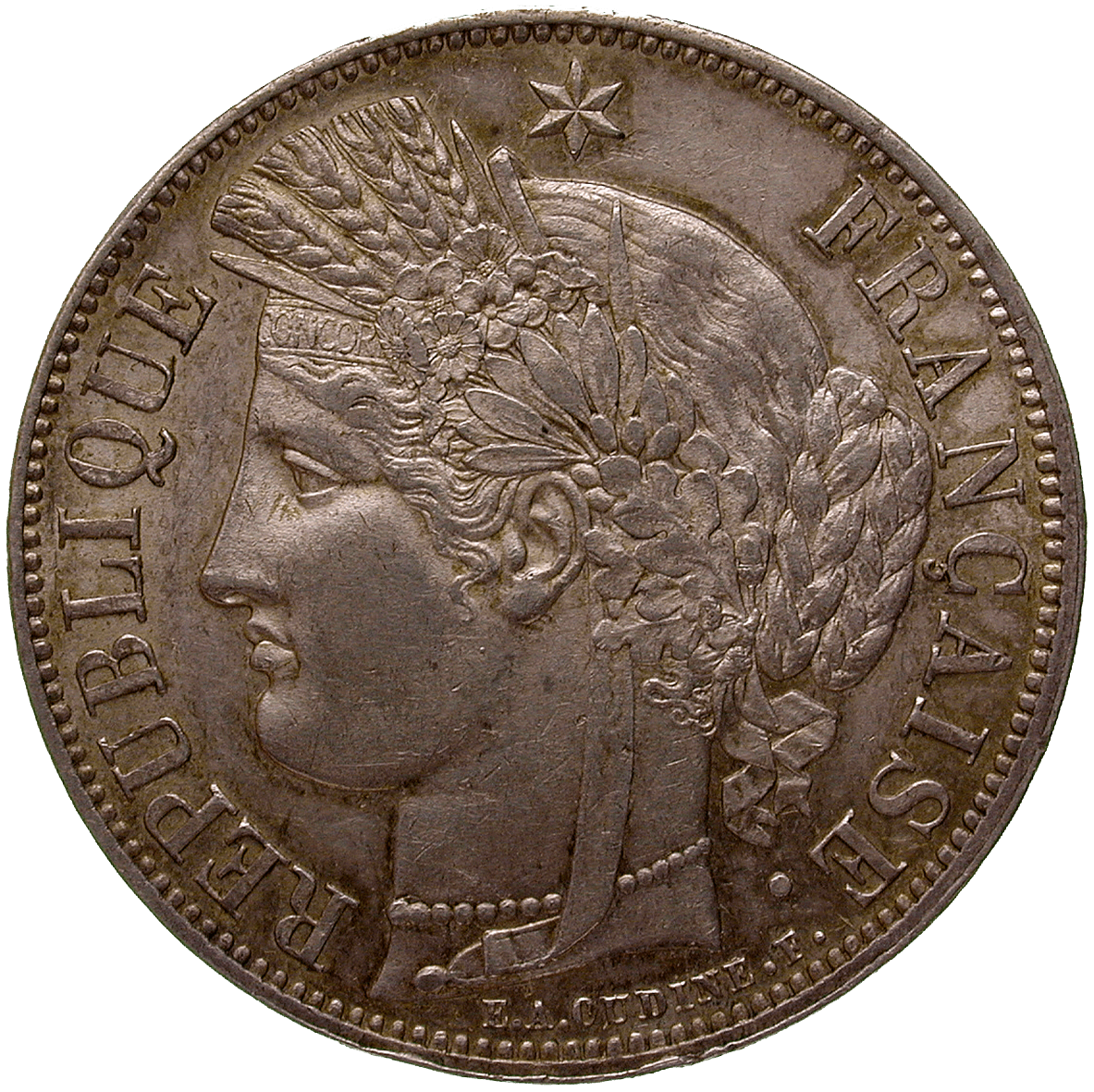 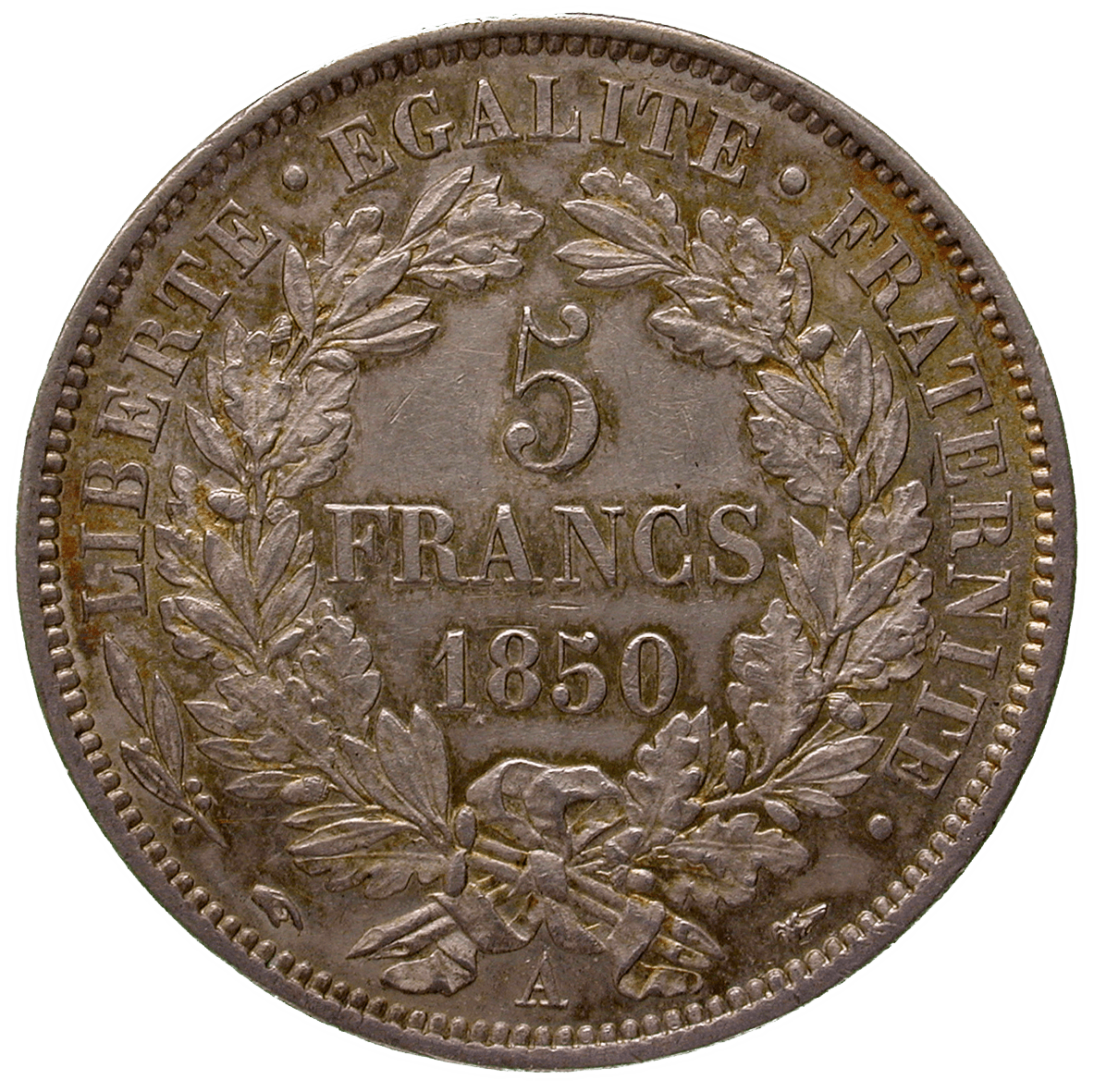 The beautiful image on this coin of the Second French Republic can be traced back to antique Greek coins from Southern Italy and Sicily. The head belongs to the ancient goddess Ceres, who had relations to the dead in the underworld, and who was revered by the Romans as goddess of agriculture, growing plants and motherly love. The head of Ceres with an elaborated wreath of leaves, flowers and spikes, as shown on this modern French coin, was depicted on coins since the 5th century BC.