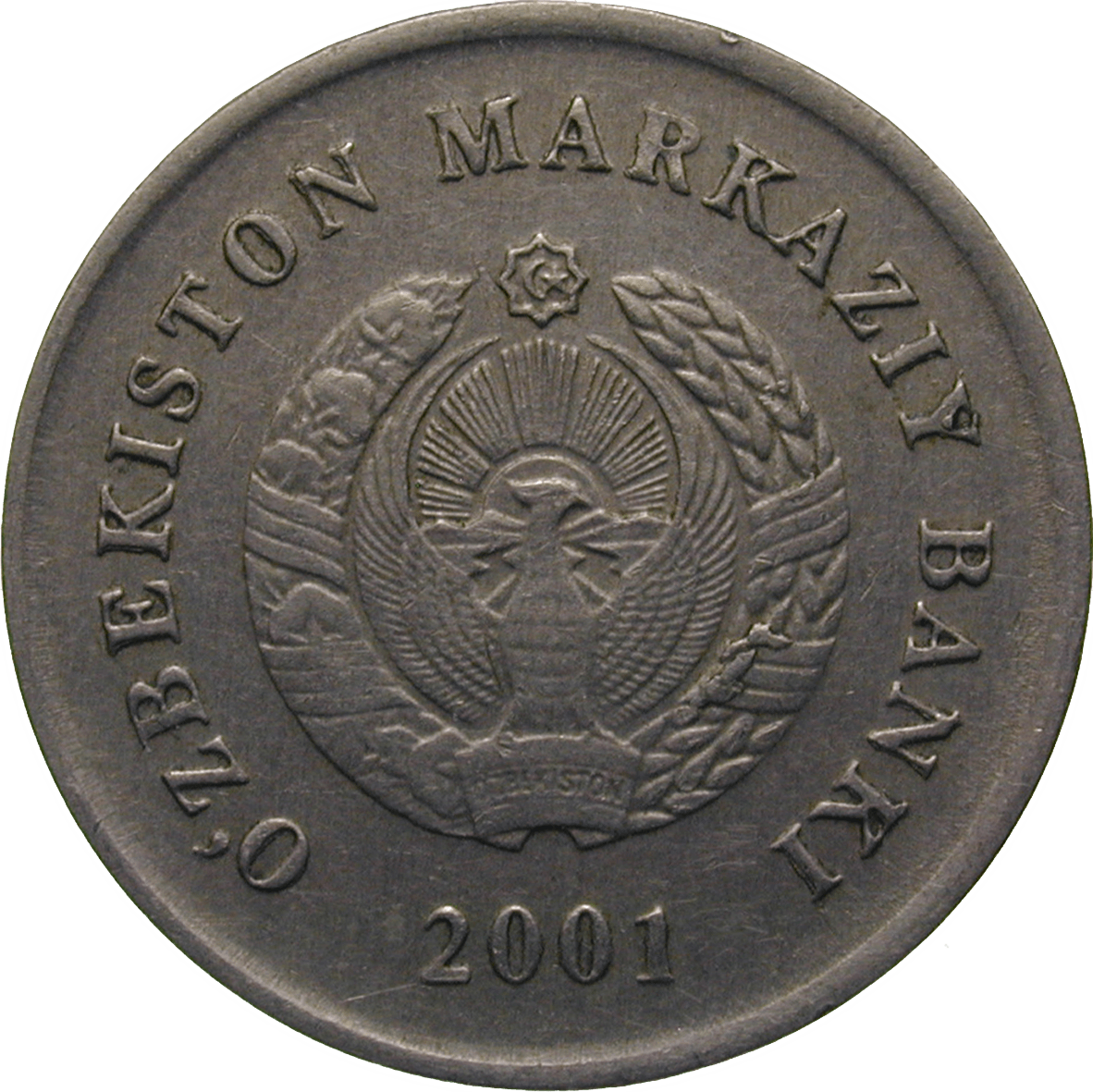 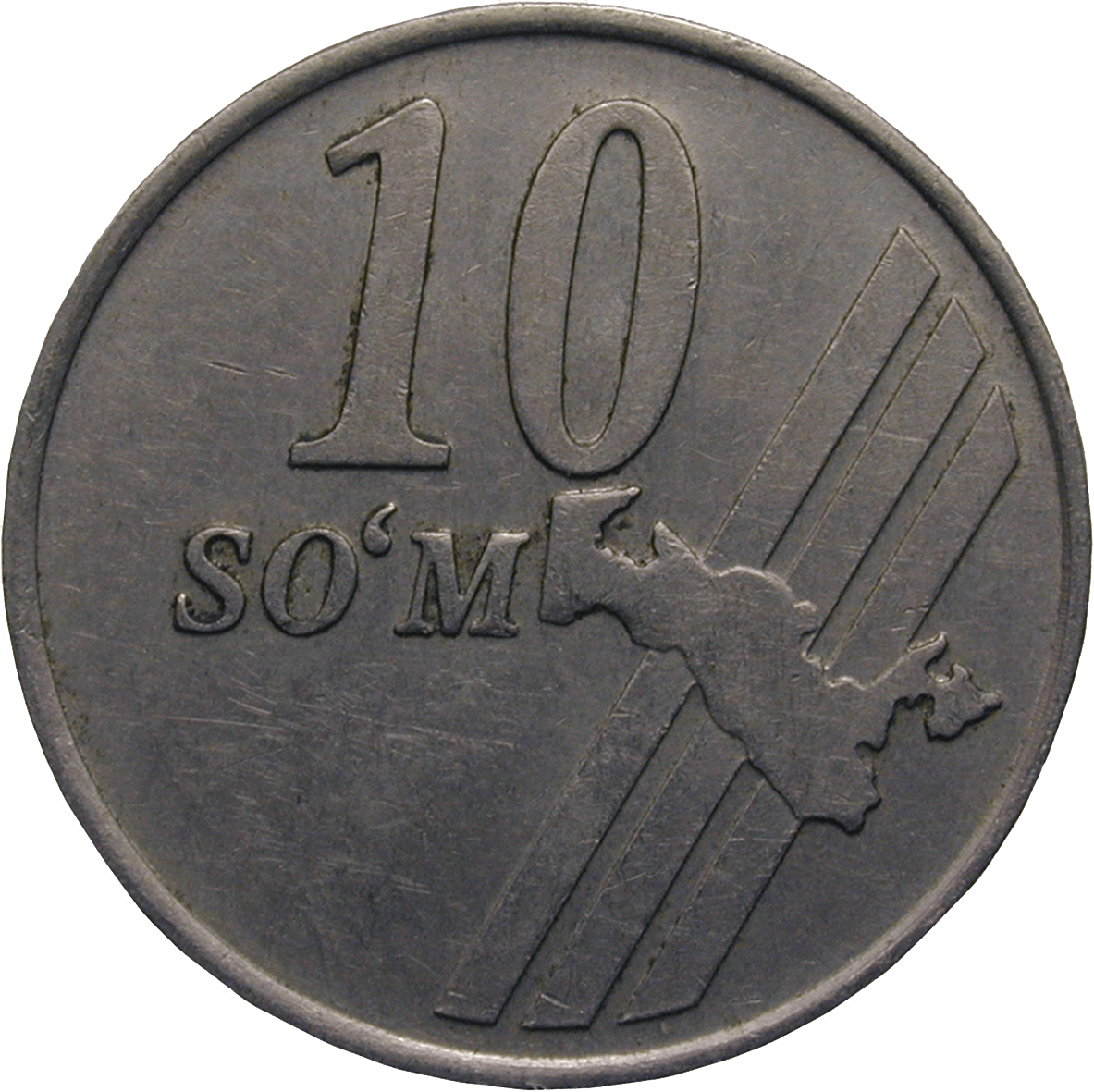 Like other former republics of the Soviet Union, Uzbekistan continued to use the ruble after its independence from Russia. Only in 1993 did Uzbekistan introduce the som as a parallel currency. The name means 'pure,' and harks back to the golden solidus of the ancient Roman Empire. Because it was meant as a transitional currency, this first som was only issued as paper money and without any subdivisions. It was at par with the Russian ruble. In 1994, a new som was introduced, which was detached form the ruble and divided into 100 tiyin.