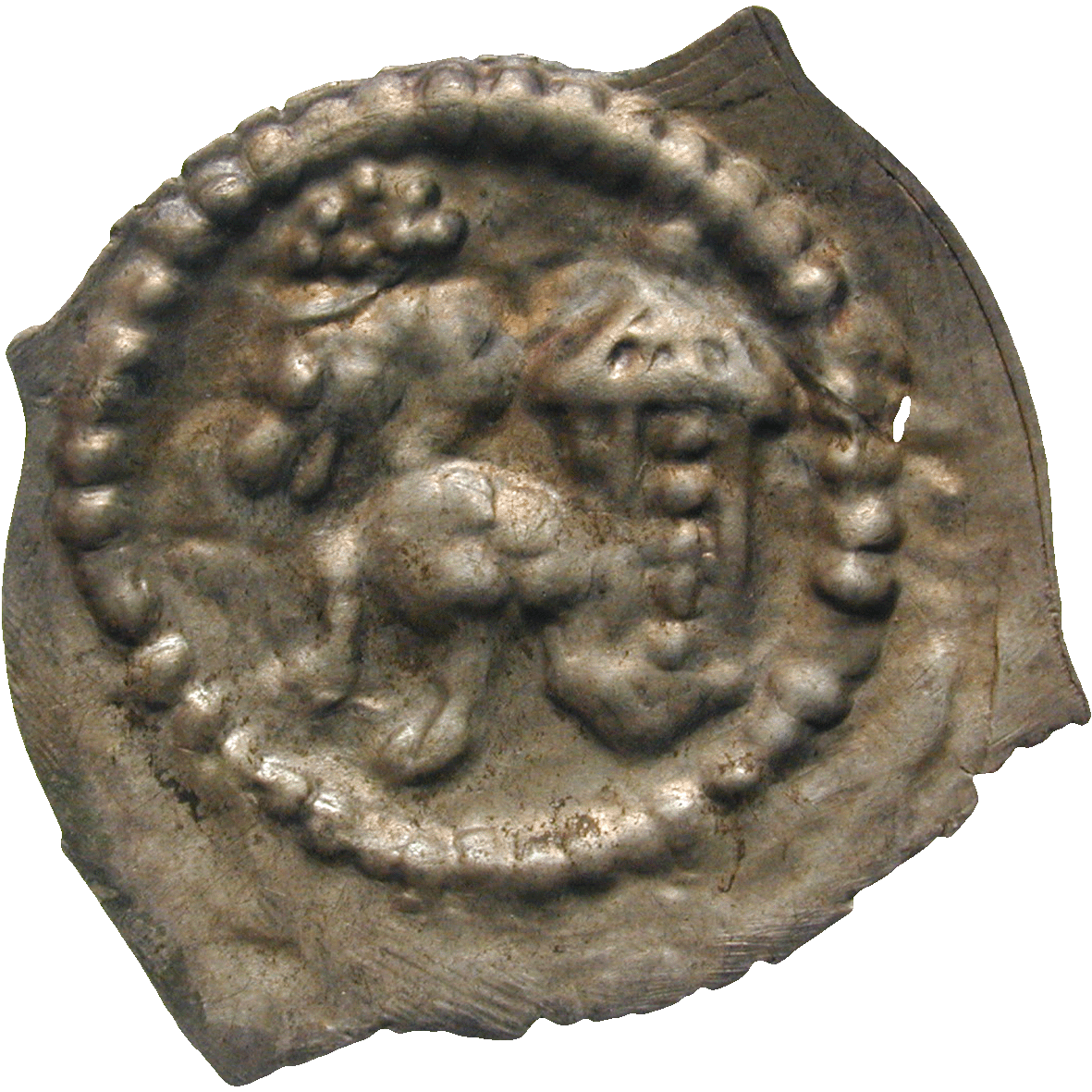 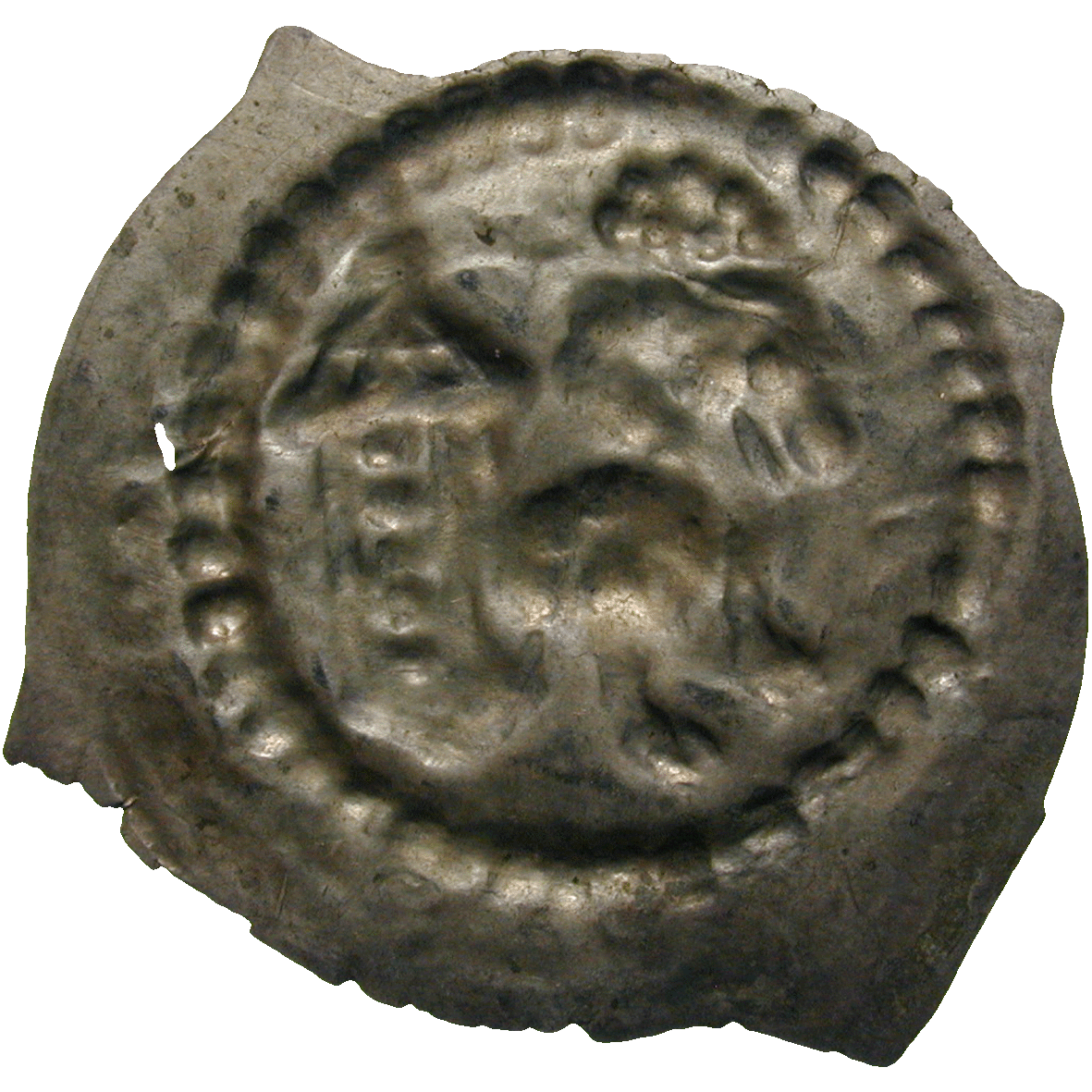 The monastery of Allerheiligen in Schaffhausen was founded around the mid-11th century and obtained the right to issue coins in 1080. It lasted about a hundred years, however, before the abbots of Allerheiligen actually began to issue their own coins.

At that time bracteates were in use in Southern Germany and Switzerland: thin pfennigs that were stamped on one side only, so that the image appeared recessed on the reverse. This piece is such a bracteate. It dates back to the early 14th century and bears the image of an animal with a little tower in the background. This image later developed into the coat of arms of the city of Schaffhausen that shows a ram jumping out of a tower and is still in use today.