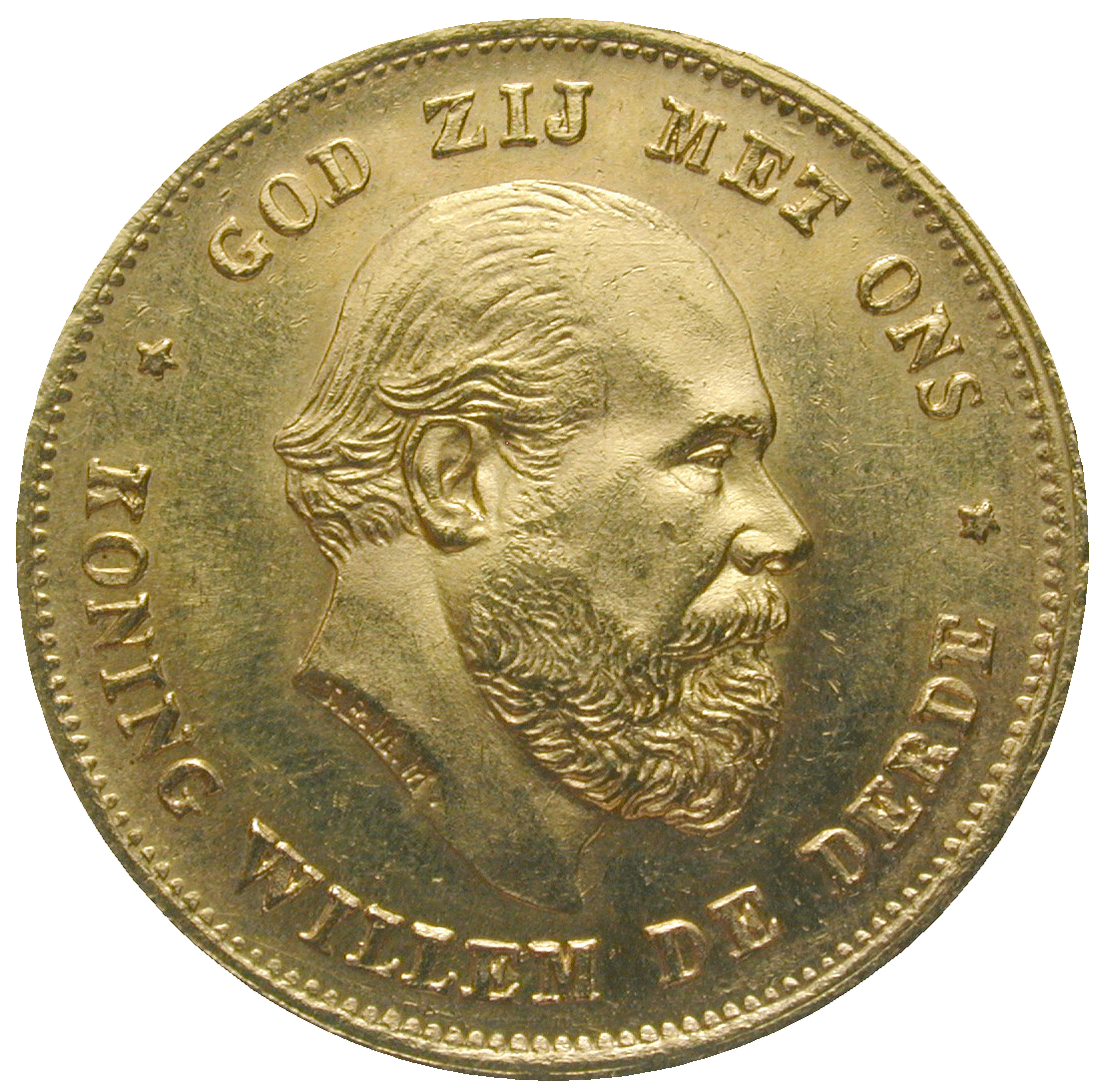 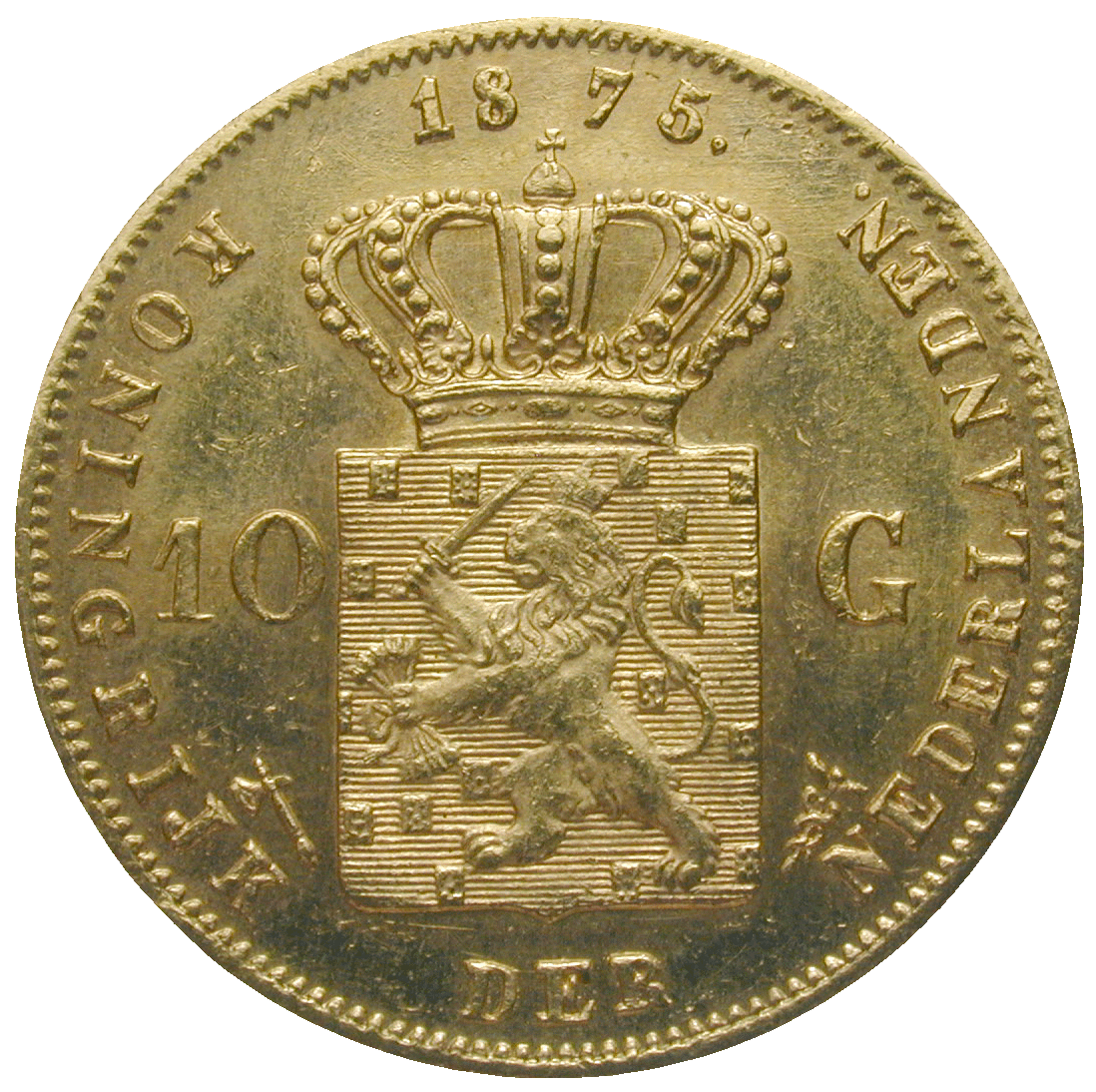 The Netherlands used a silver currency until 1874: the sole legal means of payment were silver coins, while subsidiary coins – coins with a very low silver content – only had to be accepted up to a certain, officially defined sum. Gold coins, even if they were of Dutch origin, had not to be accepted at all. This changed in 1874, when the price of silver began to sink worldwide. The reasons for this were numerous. For example modernization of mining methods that allowed to exploit silver more efficiently and economically. In 1875, the Netherlands thus adopted the gold standard. From now on the Dutch currency consisted of gold coins, with silver being used only for the production of subsidiary coins. The new Dutch standard coin was the "tintje," a golden piece of ten guldens. From 1875, tintjes (tenners) were issued in huge quantities for some years. Then the minting numbers decreased, as paper money became more and more accepted.