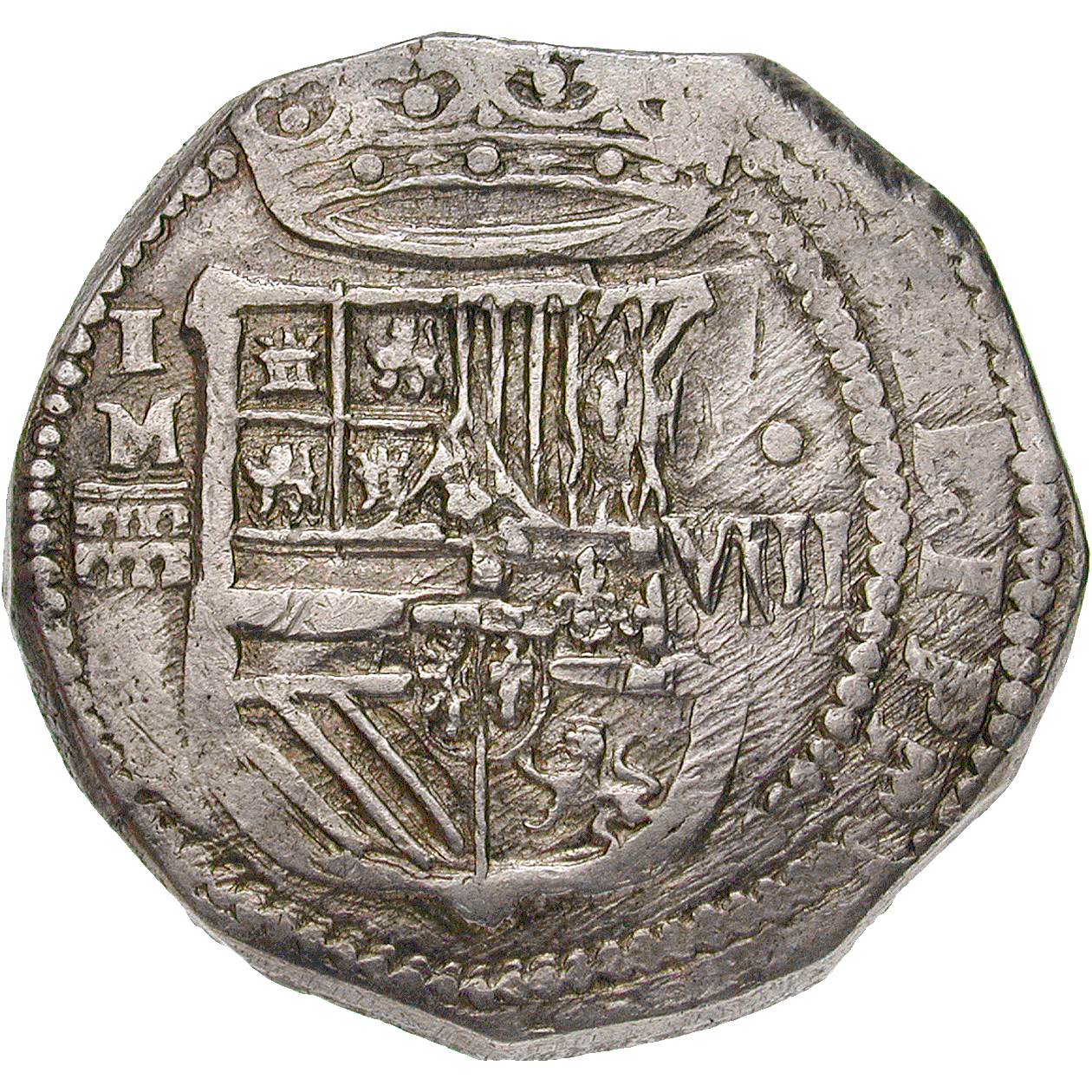 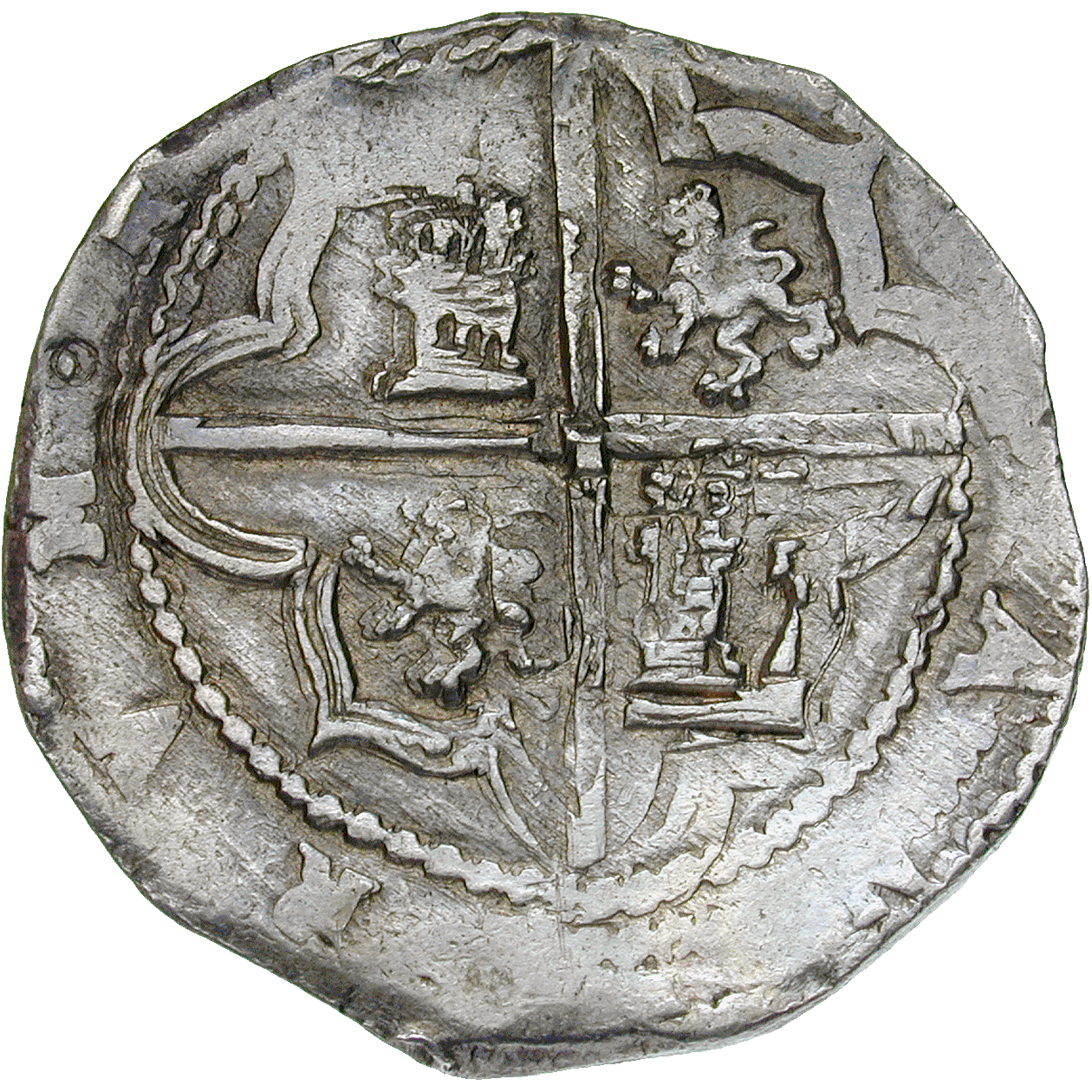 The real de a ocho was minted for the first time in 1497 in the course of the monetary reform of Medina del Campo in Spain. At that time, the Catholic Monarchs Isabella of Castile and Ferdinand of Aragón reigned over Spain. Under the rule of these two kings began the discovery and the conquest of the New World and therewith the advancement of the peso. Initially, the 8-reales pieces were rarely minted. In the 1540s, however, Emperor Charles V resumed the minting of the real de a ocho. At last Charles' son and successor Philip II (1556-1598) created the type of coin which was to become the archetype for all future pesos. His 8-reales coin bore the shield of Spain on the obverse and the coat of arms, divided by a cross, on the reverse.