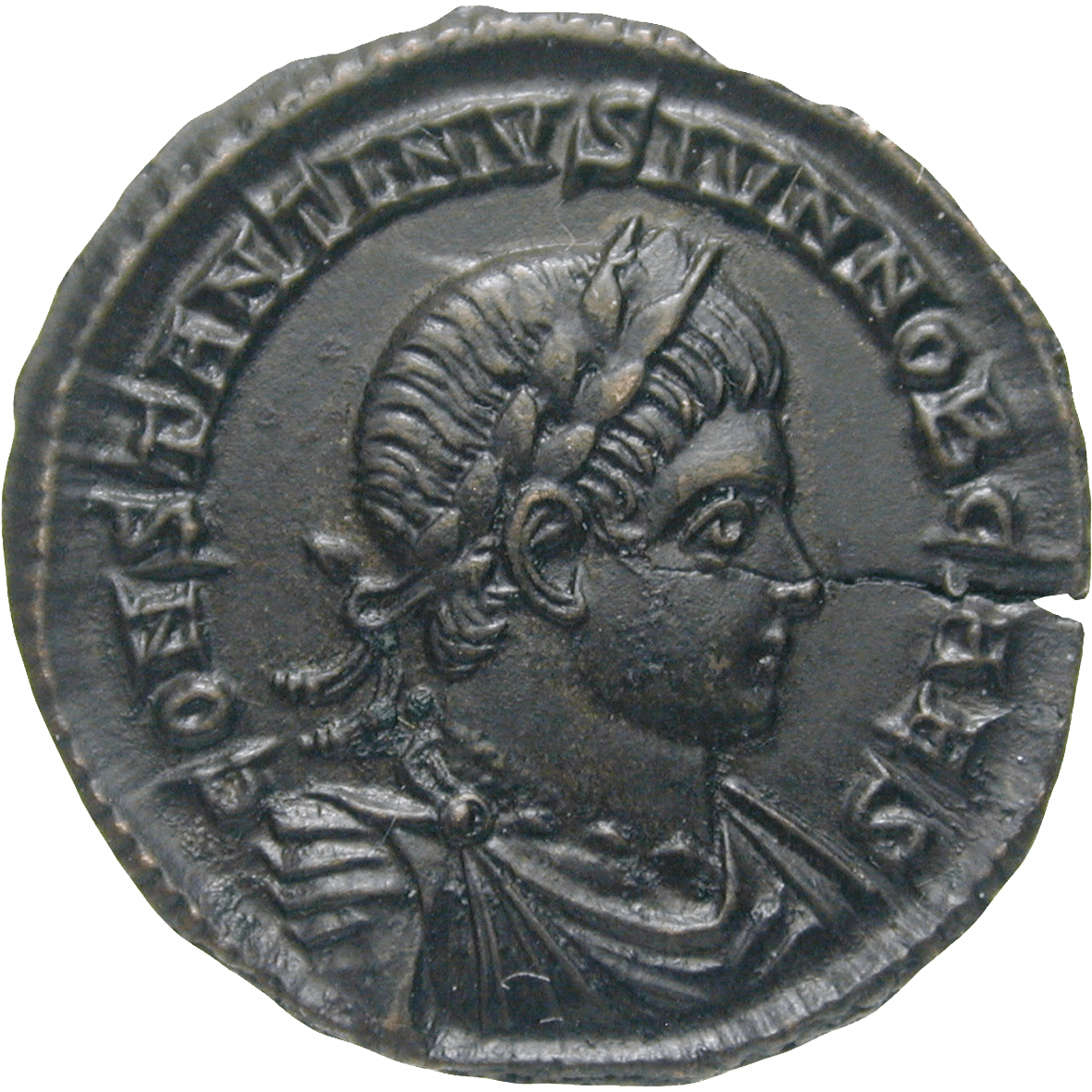 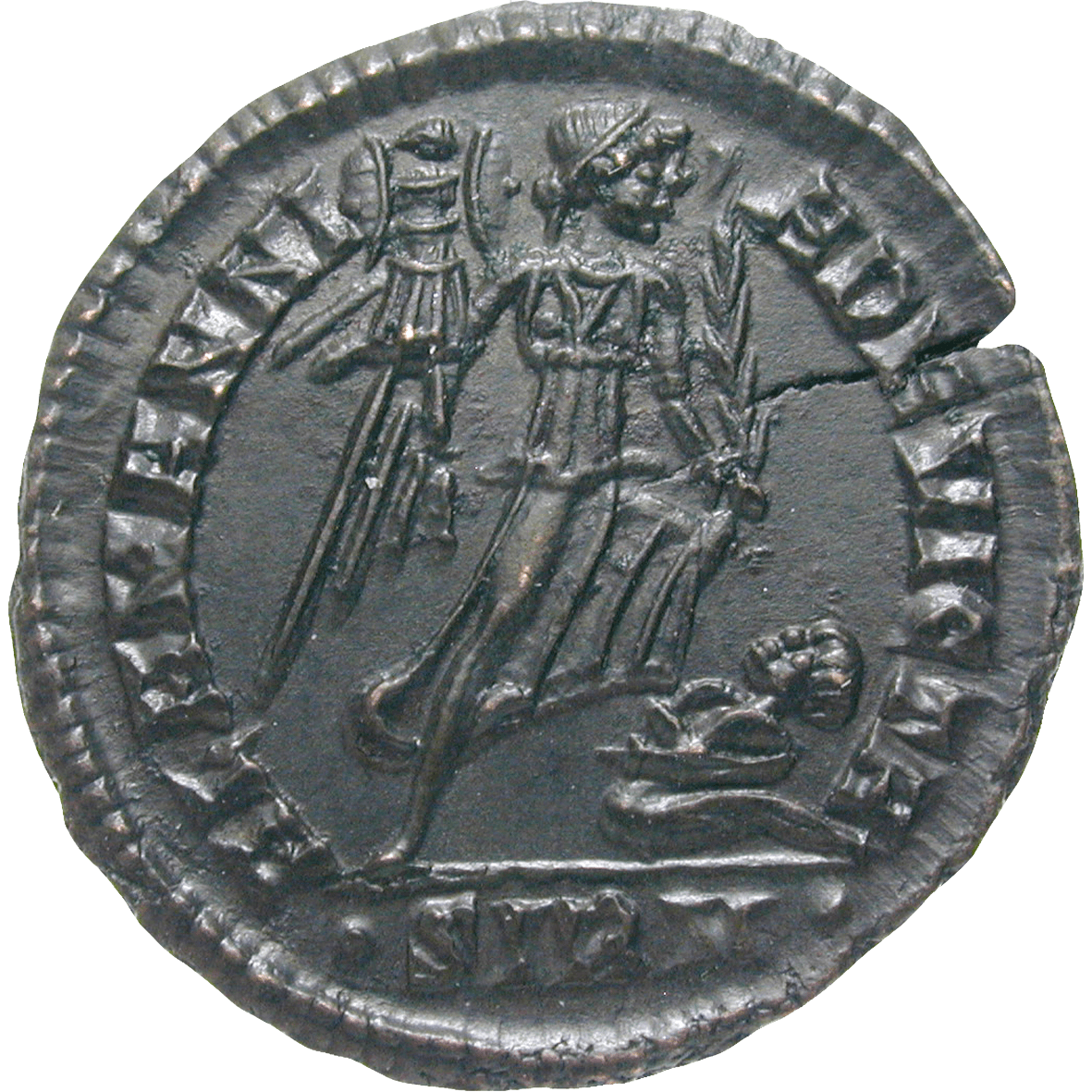 Victoria was the Roman personification of victory, and of success in general. She corresponded to the Greek Nike. However, while Nike appeared mainly in the context of victory in tournament, Victoria was regarded as a higher and more universal divine force. She decided not only about victory and defeat in sport, but also about life and death in war. As a winged creature she stood for the volatility of victory and defeat.

This coin of Constantine II (Caesar 317-337) shows Victoria on the reverse. She holds a palm leaf and a trophy; a captive kneels at her feet. The coin refers to a victory over the Alemanni, as the inscription ALEMANNIA DEVICTA suggests.