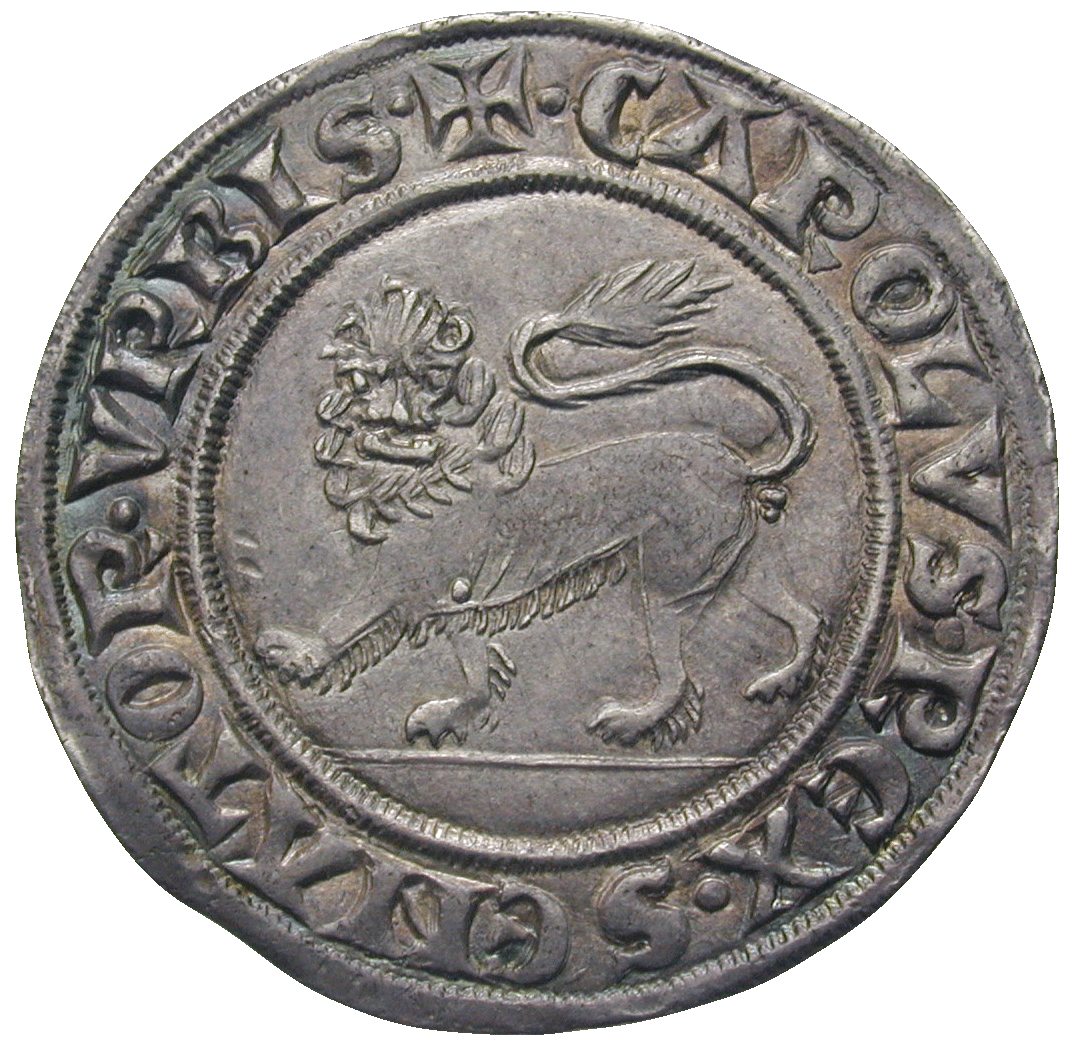 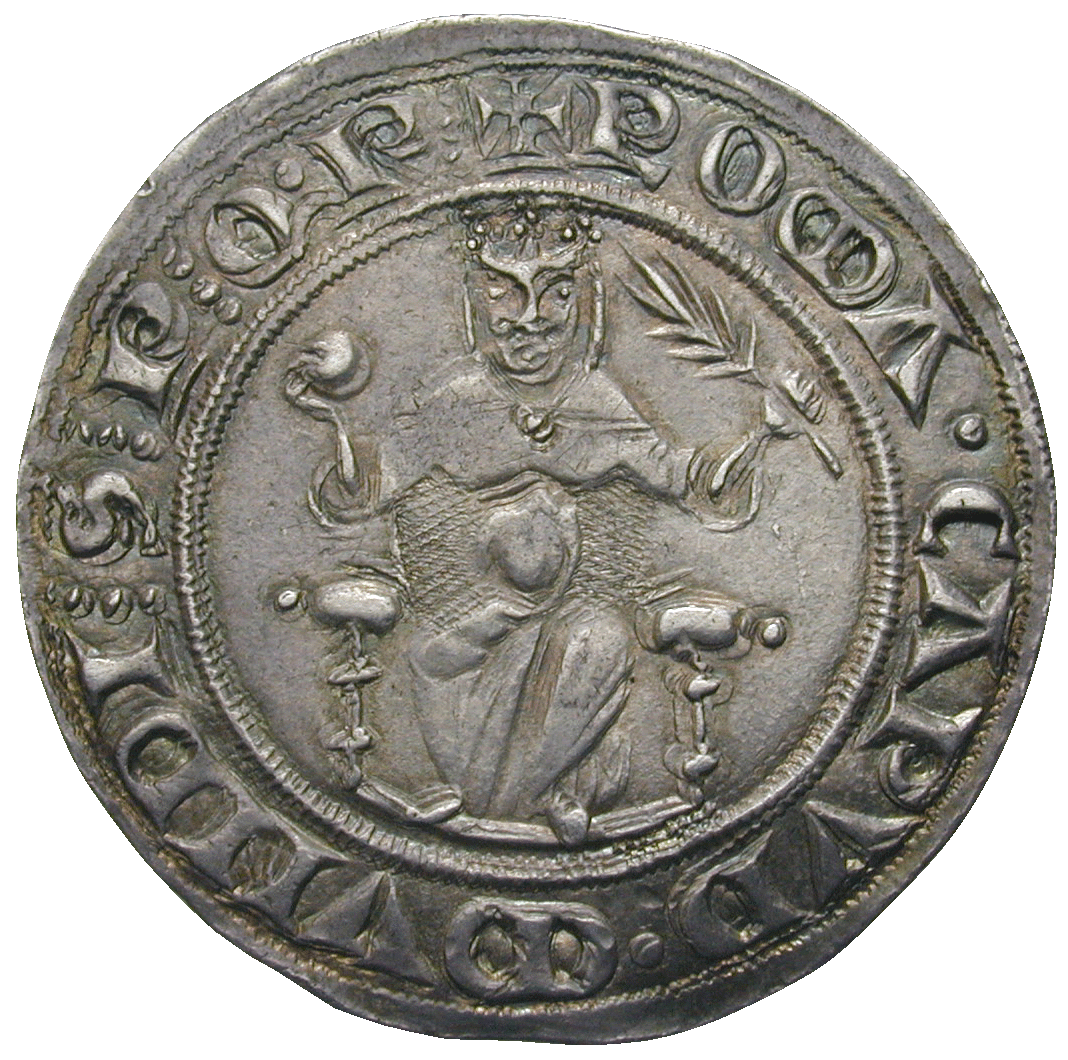 This coin stands for nothing less than the submission of papacy to the French king. During the 13th century, a relentless struggle for power went on within the Holy Roman Empire. Opponents were the pope and the emperor, or, more precise: their respective adherents. For the pope, the French king as the German emperor's major enemy was a natural ally. And he was willing to pay for the pact: In 1262 Charles of Anjou, brother of the French king, received the Kingdom of Naples and Sicily as a papal grant. Additionally, Charles became senator of Rome in 1263 (until 1278). Charles immediately documented this increase of power with the issue of a silver grosso, on which the legend proudly read: CAROLVS REX SENATOR VRBIS.