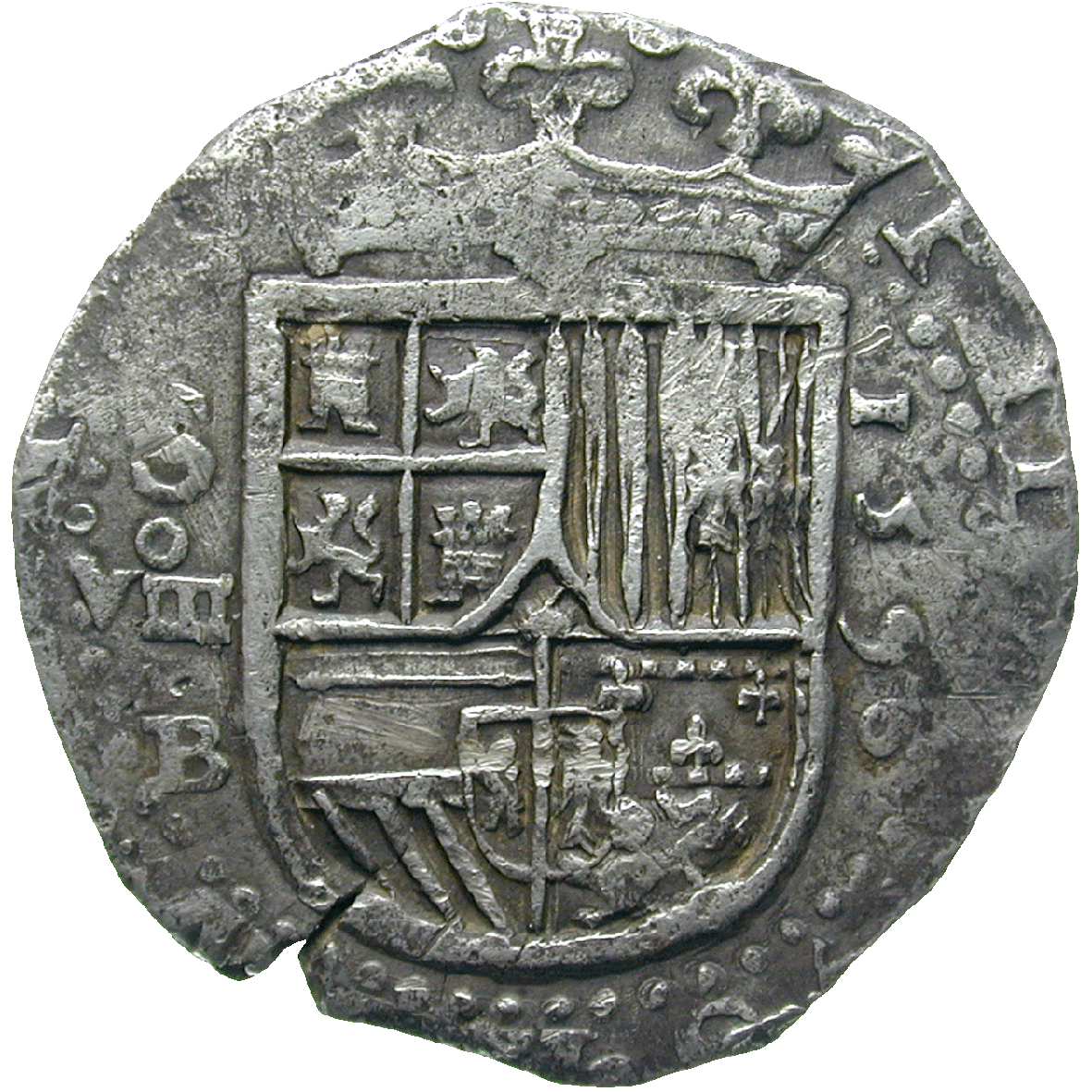 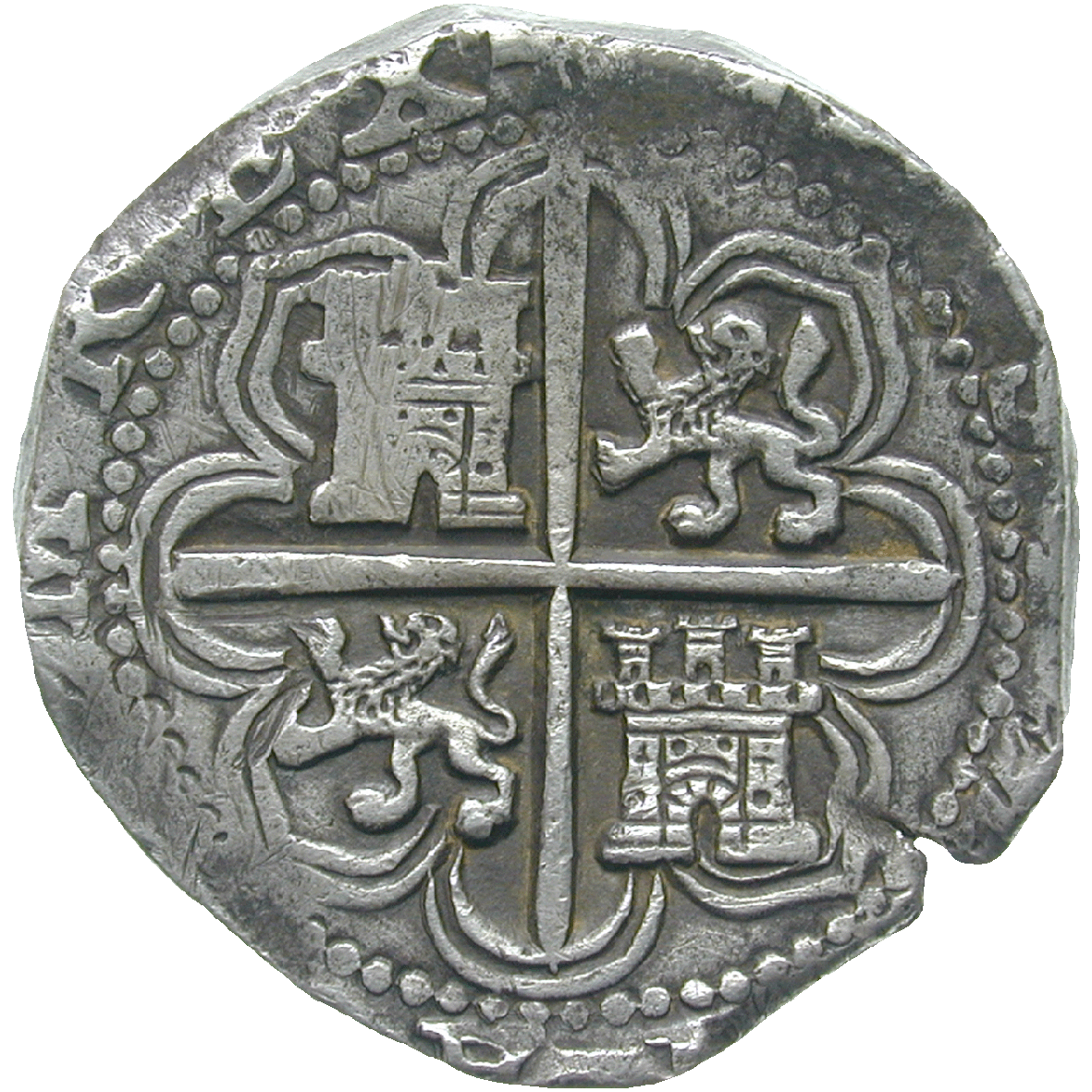 Under the rule of Philip II (1556-1598), the Spanish world power reached its zenith. And the New World owed its currency to him. Indeed the real de a ocho, or peso, was struck for the first time in 1497 by Philip's great-grandparents Isabella of Castile and Ferdinand of Aragon, but only in a small number. Philip's father, Charles V, resumed the issue of the real de a ocho in the 1640's. Yet it was Philip who created the type with the Spanish crest on the obverse and the quartered shield of Spain on the reverse. This coin was to become the model for all later types of the Spanish peso, and at long last was the ancestor of the dollar.