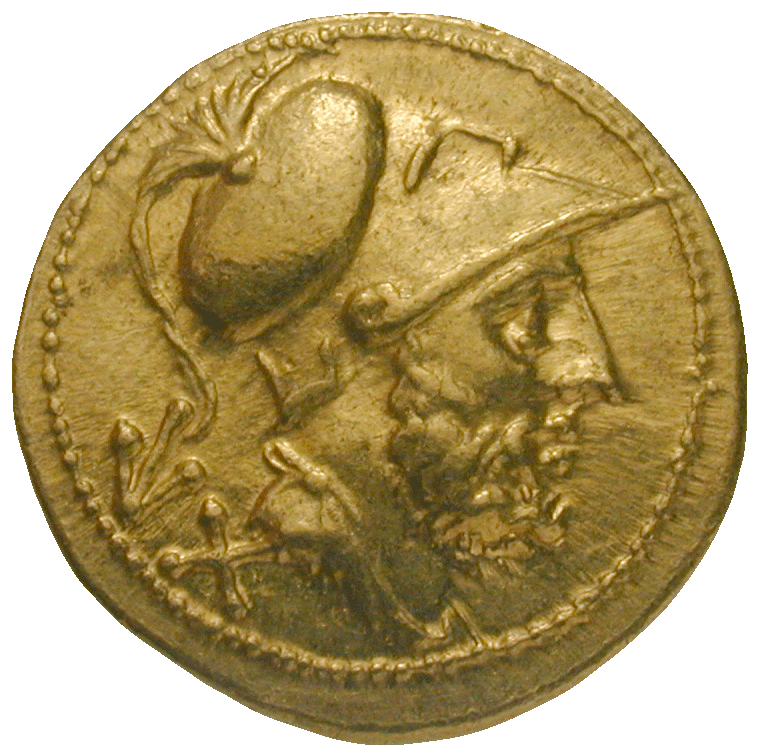 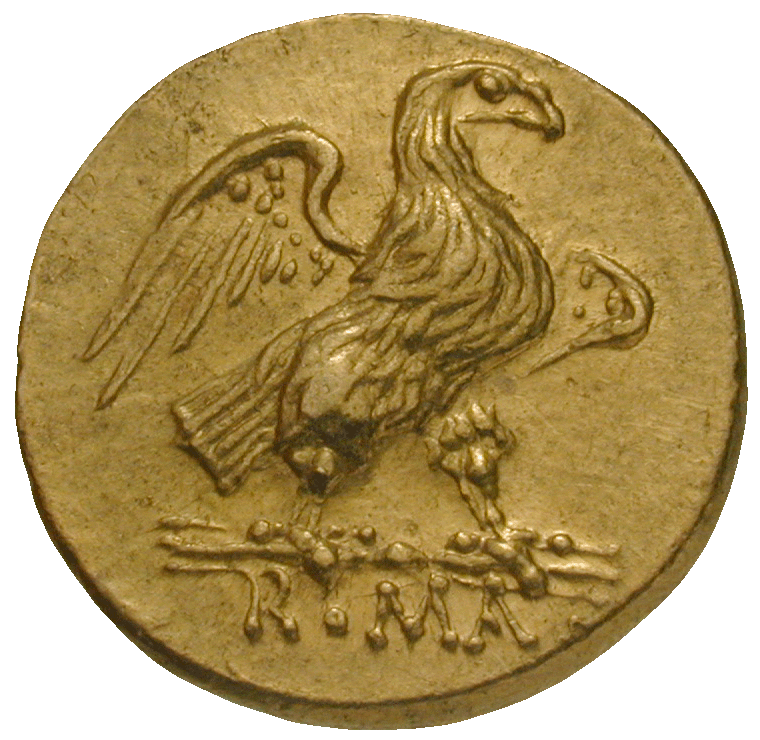 Emergency coins are always issued in times of crisis, when the usual coin metals are not available. Very rarely do such emergency coins consist of gold, however, like the 60 asses shown here. The coin was made during the last decades of the 3rd century BC at a time when the Carthaginian commander Hannibal and his soldiers terrified Rome and ravaged the Italic lands.

In the year 211 BC, the Carthaginian armies even stood at the gates of the Eternal City. Rome was completely cut off from supplies. During that time, Rome issued emergency coins from gold; they depict the Roman god of war, Mars, on the obverse and an eagle on the reverse.