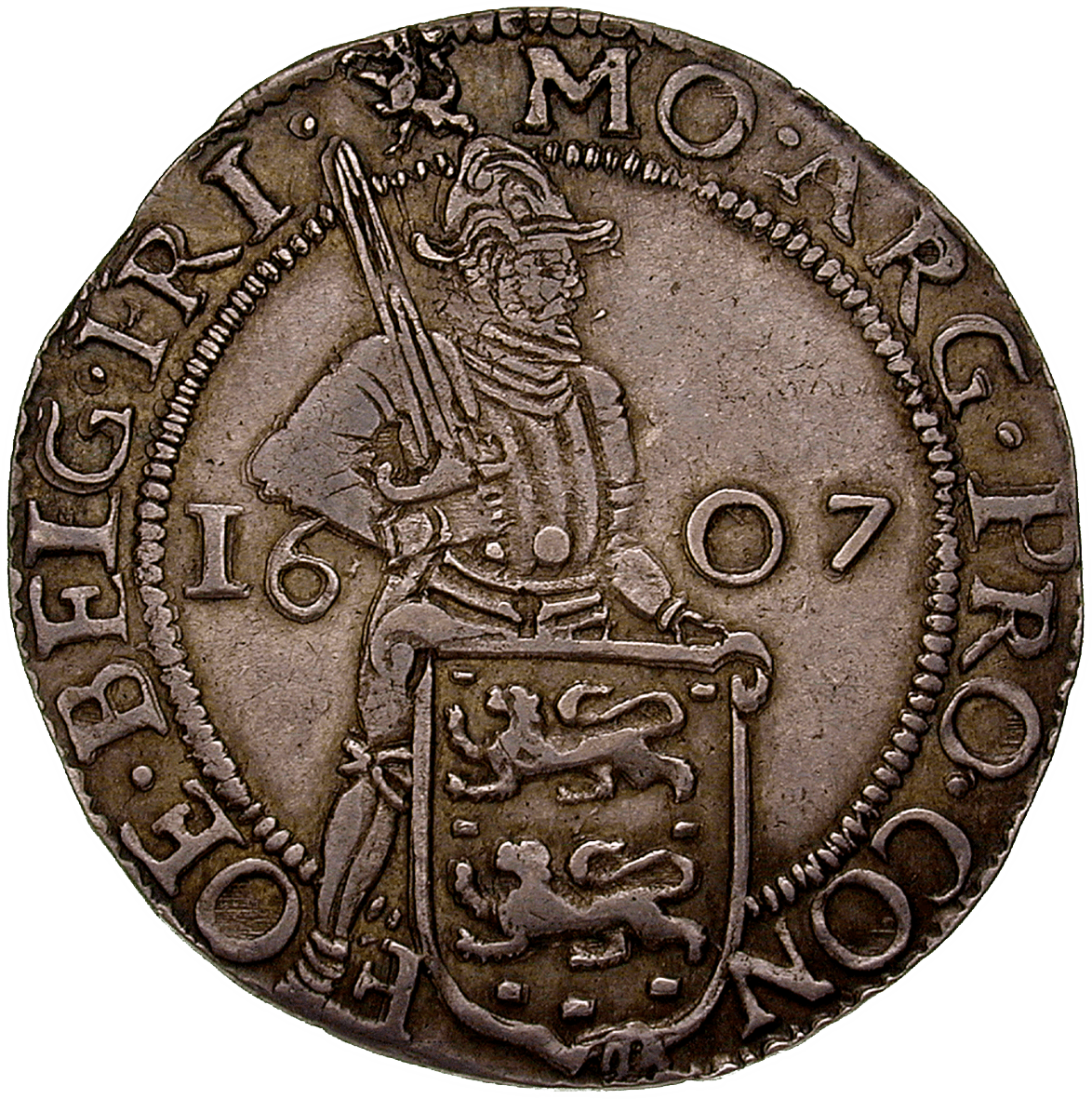 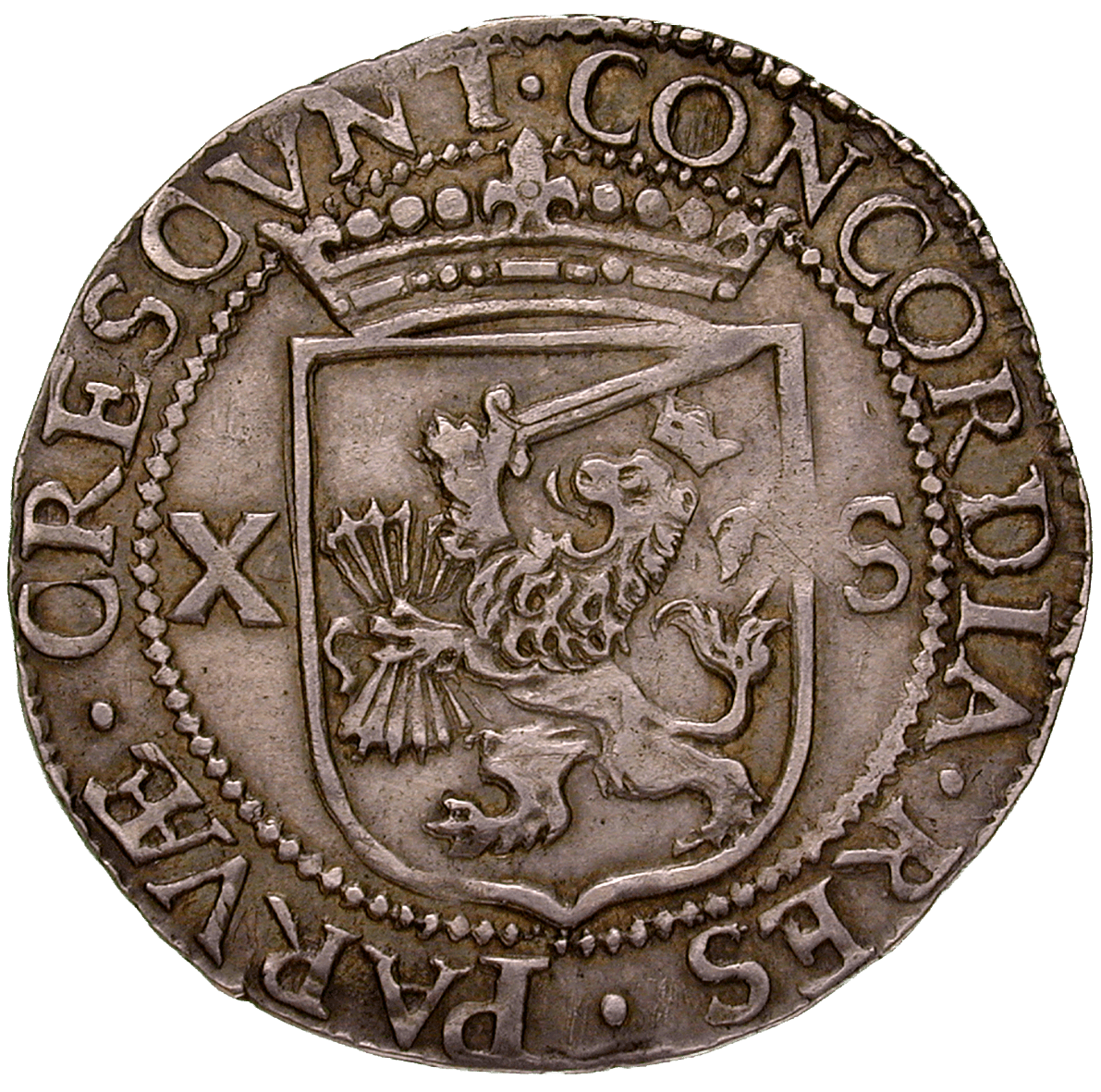 After the northern provinces of the Netherlands had been unified into the Republic of the United Netherlands in 1581, the Republic wanted to have its own coinage. In 1606, various gold and silver coins were introoduced. In this context, an amazing political event was expressed: To display England's support of the Dutch fight for freedom, Queen Elizabeth I of England had sent her favourite Robert Dudley on an expedition against the Spaniards in 1585. Though Dudley couldn't score a victory, he was immortalized on the new coins of the republic. Hence the obverse of the Dutch coins depicted Sir Dudley holding the coat of arms of the respective province. The reverse showed the crowned lions' blazon of the republic: the lion holds a bolt of lightning and a sword. The inscription consisted of the motto CONCORDIA RES PARVAE CRESCUNT, "Strength through Unity."