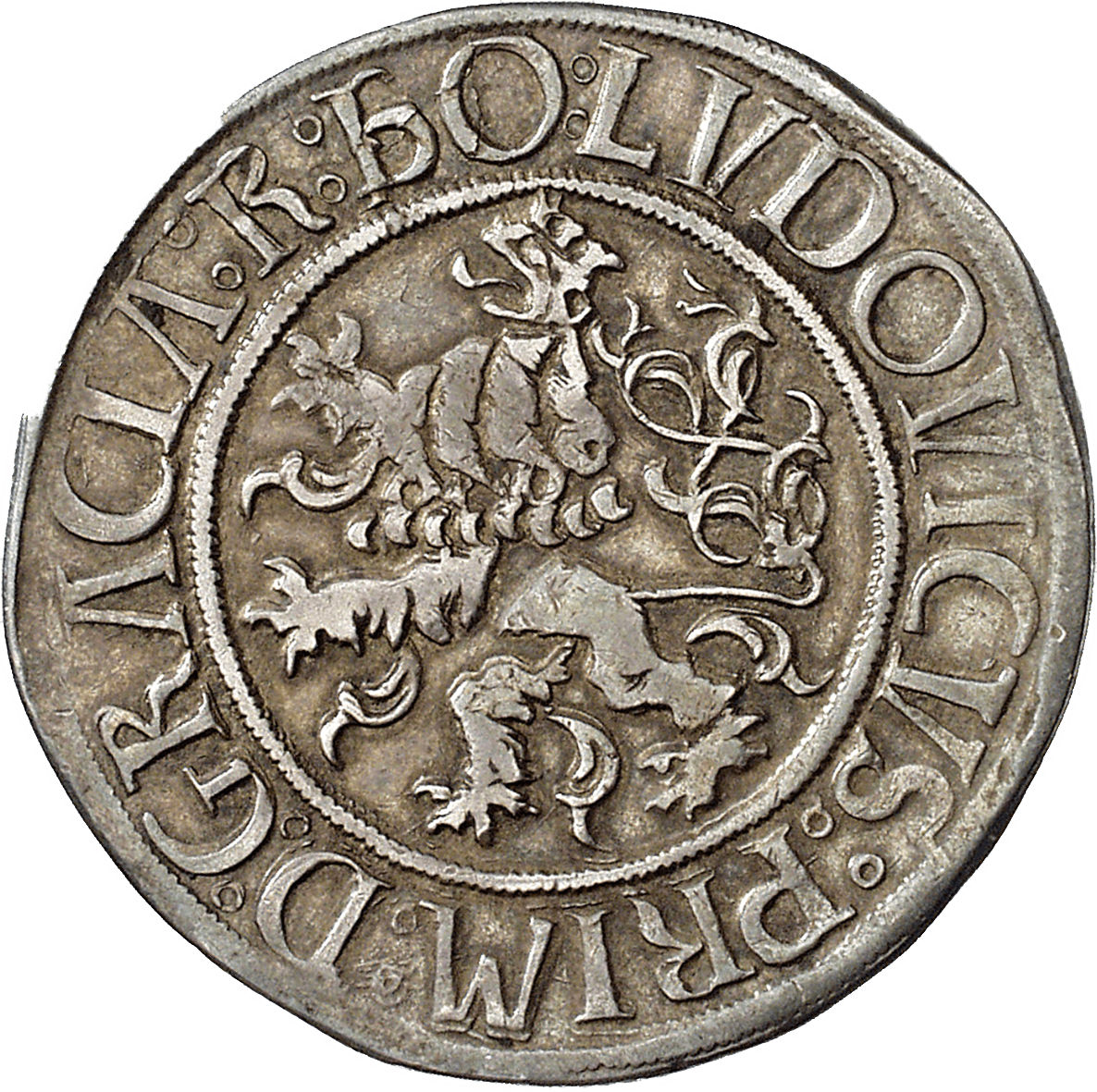 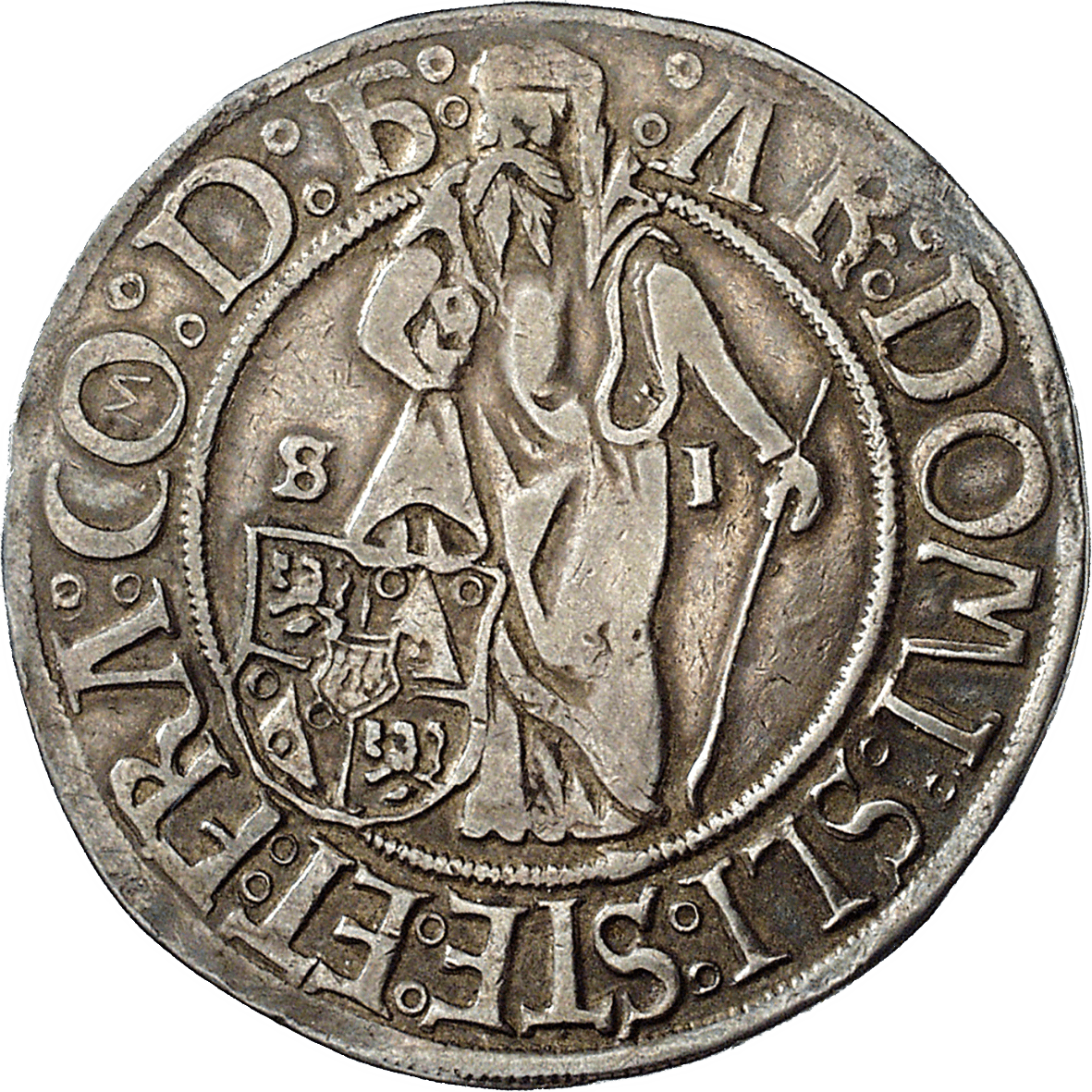 In 1512, the Counts of Schlick discovered rich silver mines on their possessions in Bohemia. Initially, they sold the exploited silver. In 1519, however, the Schlick's started to develop their own coins. This piece was struck that very year. Its depicts Saint Joachim on the obverse and the Bohemian lion on the reverse. The Counts of Schlick called their new coins guldengroschens because they were of the same value as the then prevalent Rhenish goldguldens. In vernacular, however, the new coins were called Joachimstaler – a name that was soon shortened to taler. More than 2 million talers were struck between 1520 and 152 8 alone. They were accordingly rampant, and hence it is not surprising that the taler has left its marks in history: It is the ancestor of the Spanish peso and thus of the American dollar, of the Chinese Yuan and pf the Japanese Yen. In other words, the taler influences the world economy up to this day.