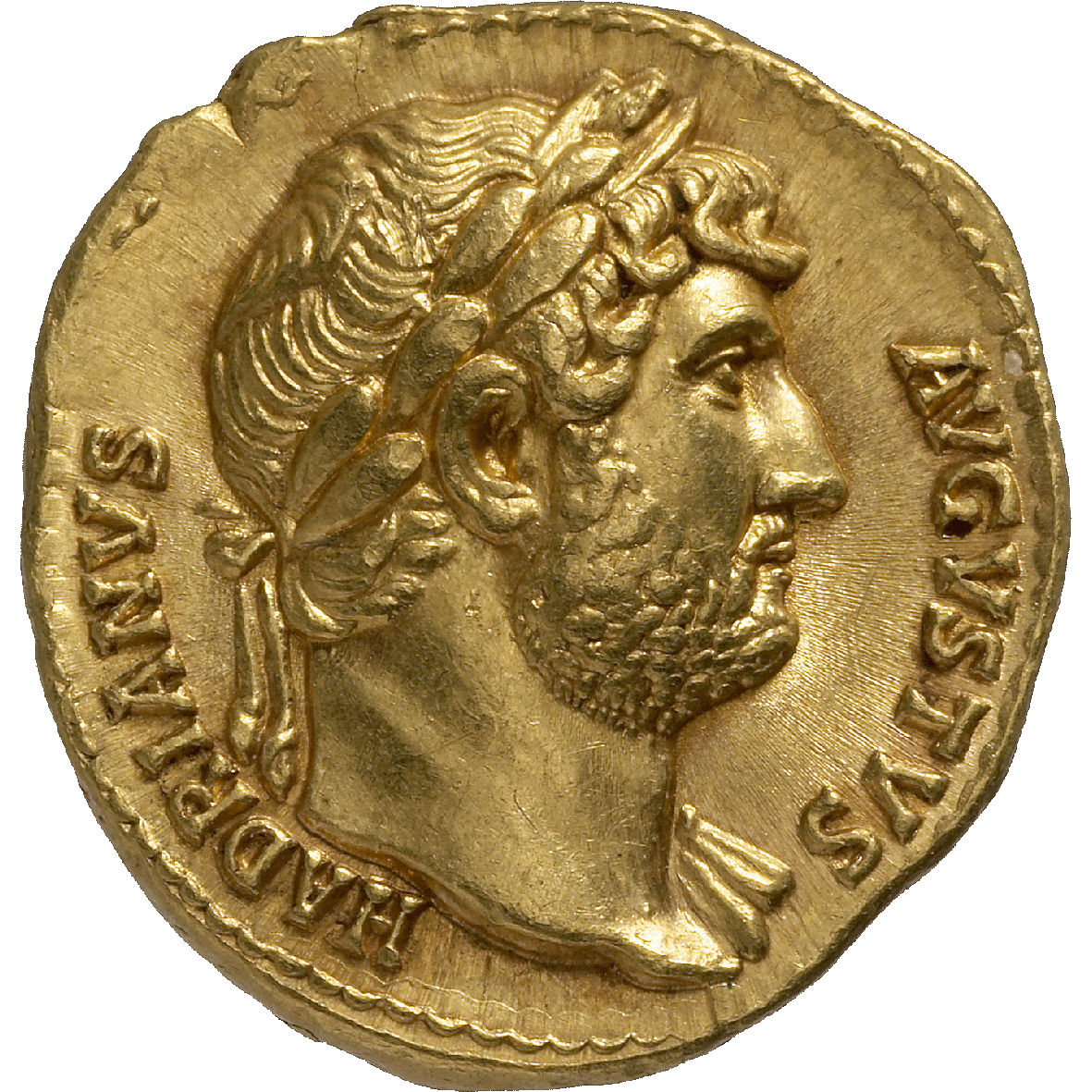 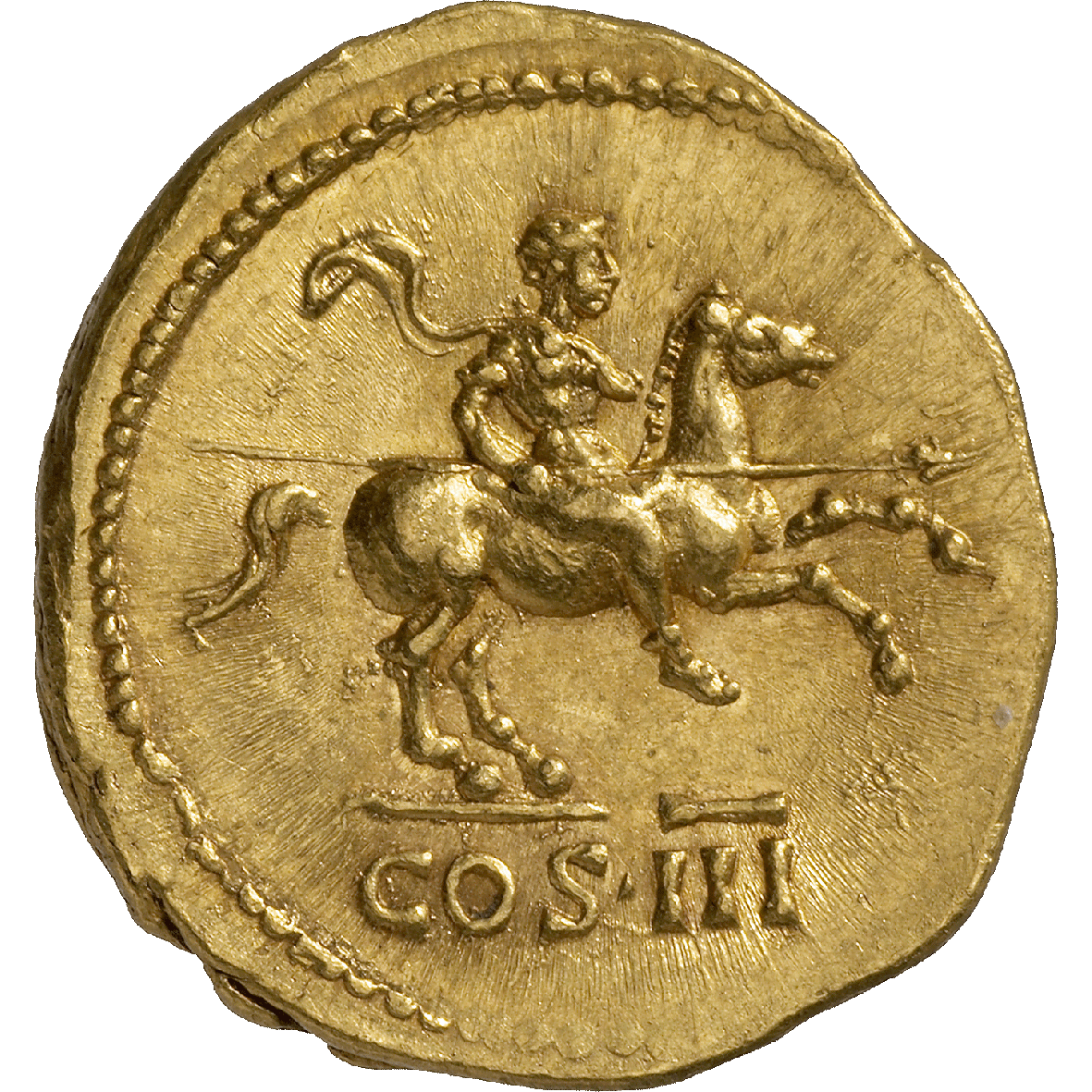 Hadrian (117-138) was the first Roman emperor who had himself portrayed with a beard. As celebrity, he was also a role model; being bearded soon became a new trend among the Roman upper class.

Hadrian supposedly wore his beard to demonstrate his beliefs: at that time only philosophers and intellectuals were bearded. Other sources come up with a more prosaic interpretation of the Emperor's beard by saying that he had some ugly scars from his army days that he tried to cover.

The reverse of this aureus depicts Hadrian on horseback hurling a lance. The inscription COS III (Consul Tertium) points out that he held the office of a Roman consul three times.