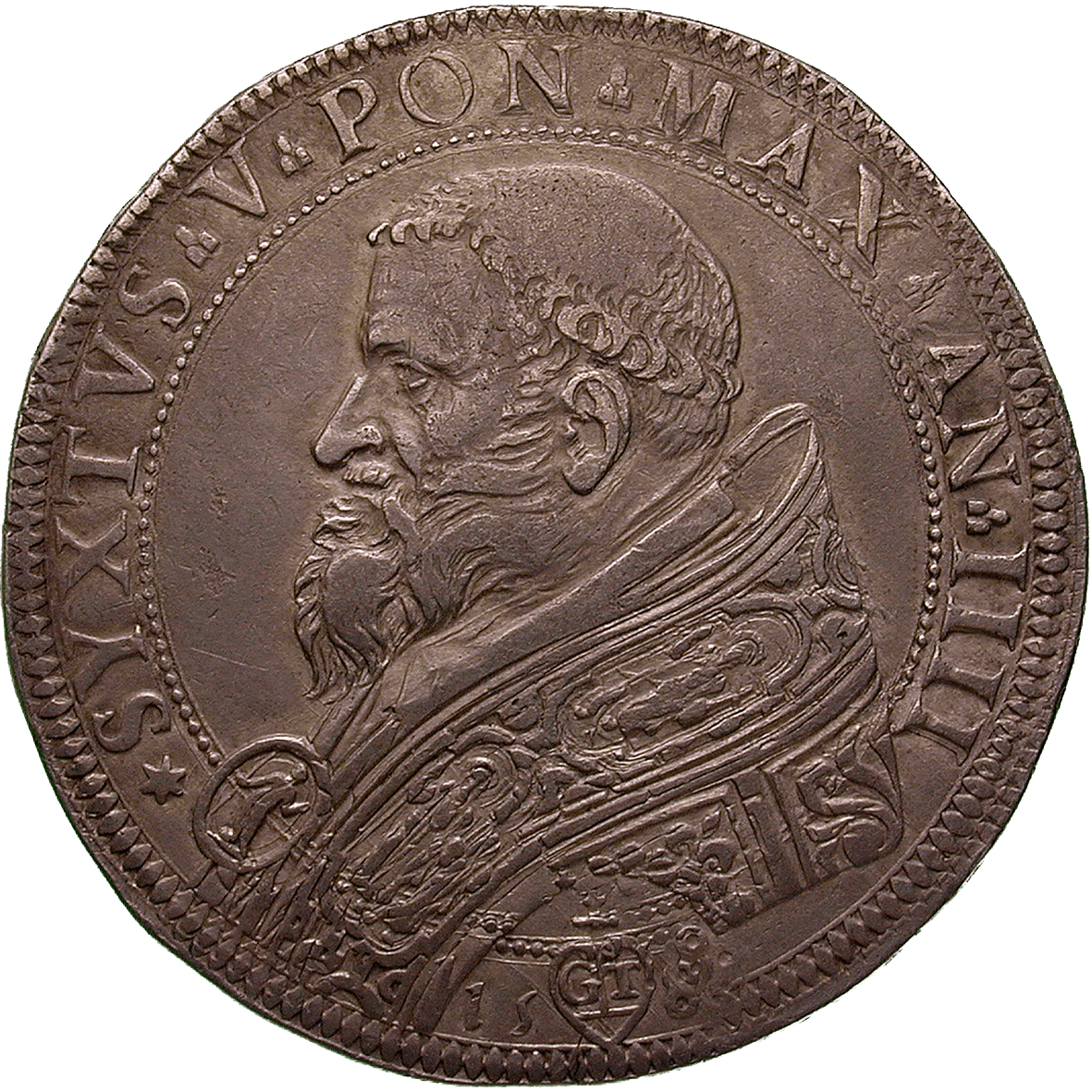 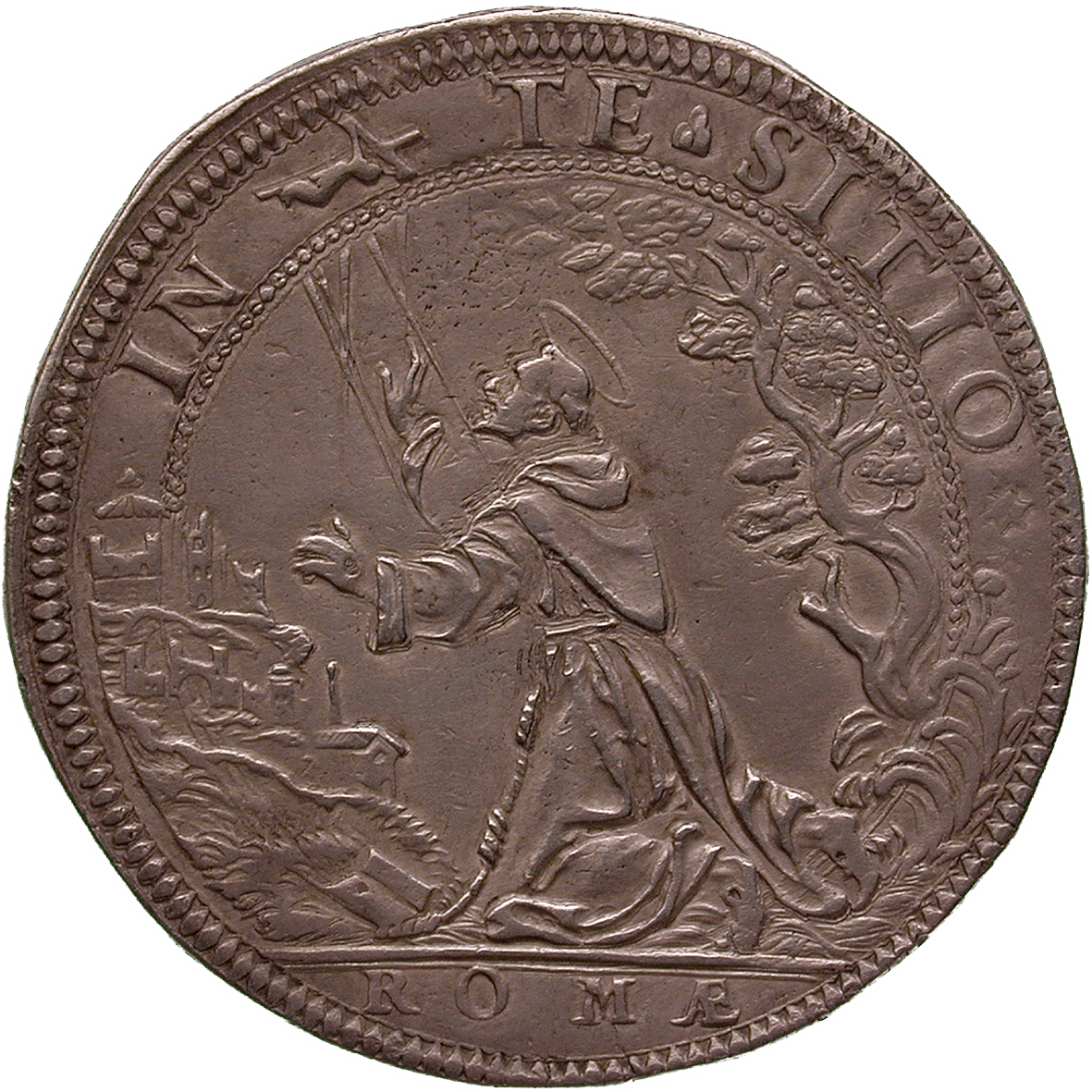 When the Franciscan and inquisitor Felice Peretti was elected pope in 1585, the Pontifical States were on the verge of moral and financial bankruptcy. Chaos, lawlessness and crime were everyday occurrences. As Pope Sixtus V (1585-1590), Peretti cleaned up with an iron hand and whipped the Papal States into shape. The financial misery he fought by cost-cutting measures, by taxes, and by the outsourcing of church activities. Sixtus' measures were so efficient that he succeeded to accumulate a fortune during his relatively short pontificate. Towards the end of his life, the Pope was one of the wealthiest rulers in Europe. In 1588, Sixtus introduced a new coin, the piastra. The coin's reverse showed Saint Francis of Assisi being inflicted with wounds on his hands and feet. The obverse bore the portrait of the pope.