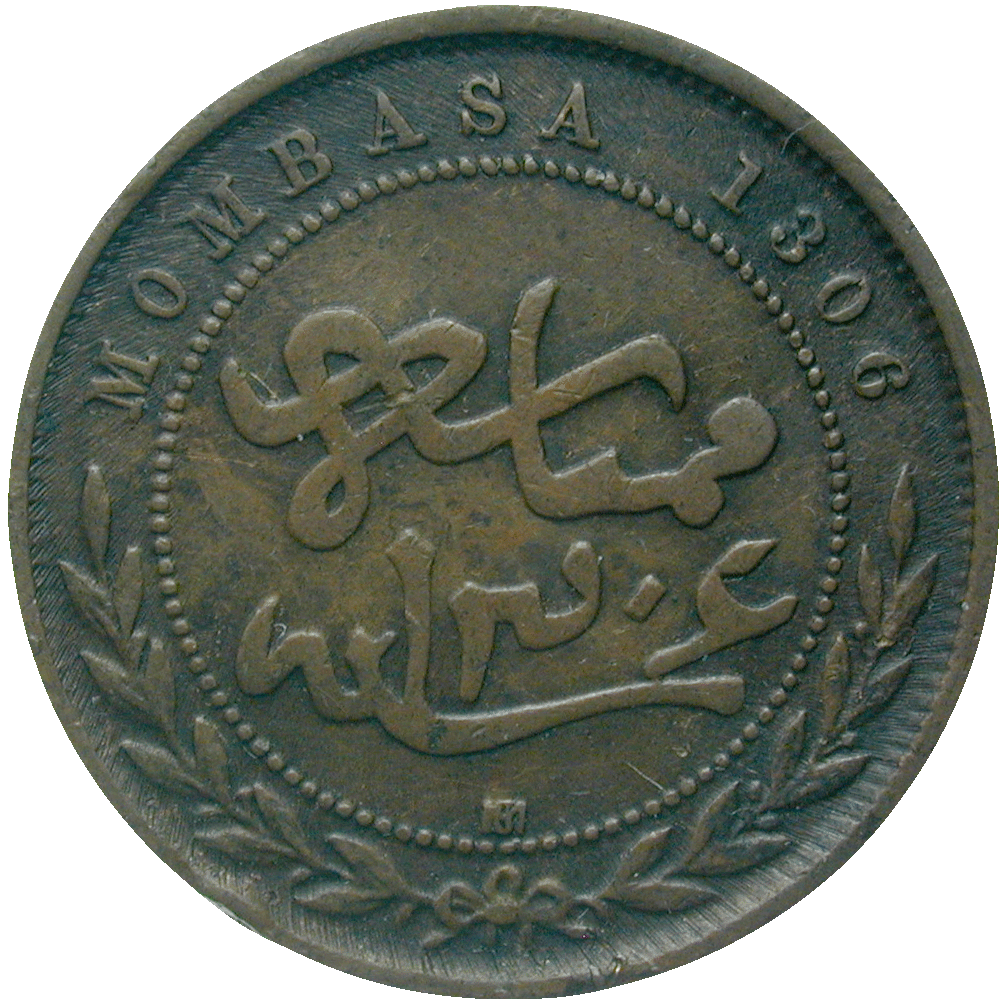 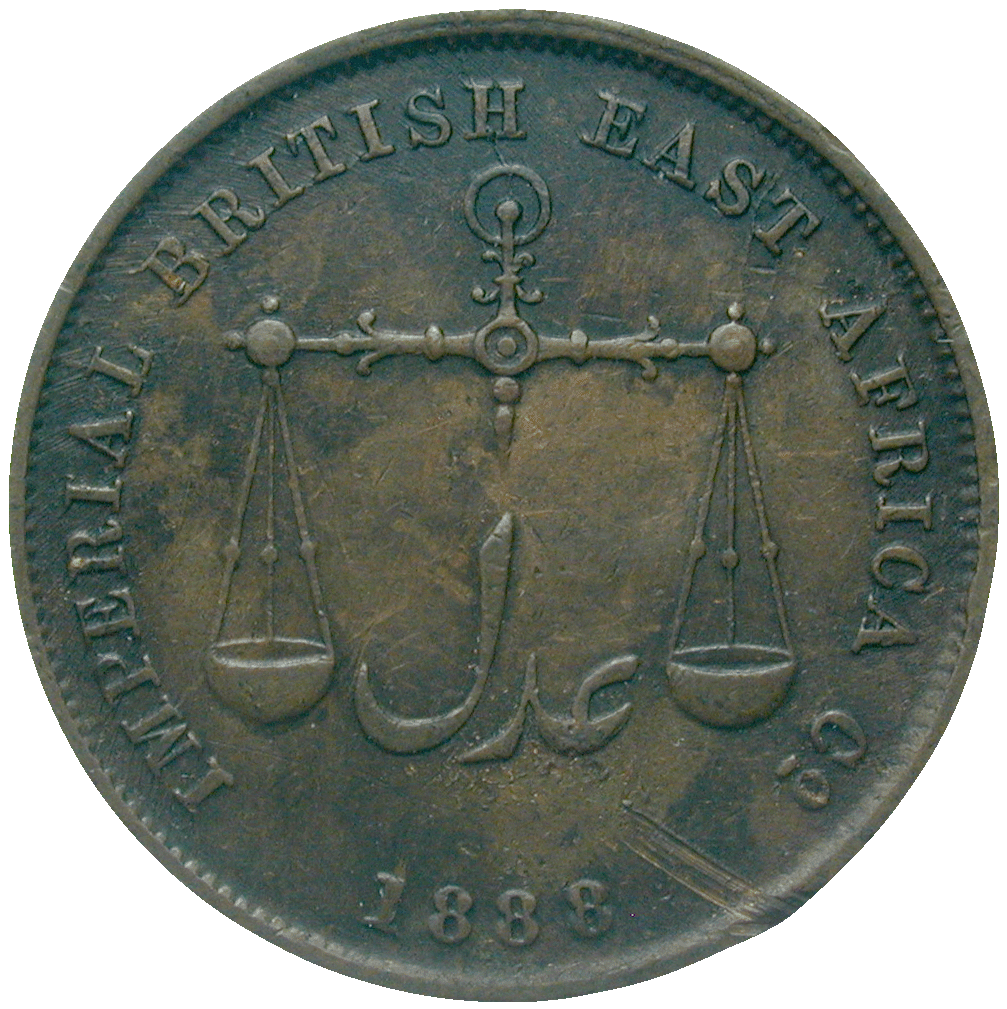 Great Britain began to get interested in East Africa in the late 19th century. In 1895 it established the Protectorate of British East Africa, a territory roughly corresponding to the modern state of Kenya. The colonial rulers issued coins for British East Africa. This is a pice, a small coin adapted to the prevailing circumstances. In the 19th century, the most common currency in East Africa was the Indian rupee. 1 rupee held 16 annas or 64 pice. The coin was struck in Calcutta, the capital of the British colonial empire in India, as indictated by the mark C/M on the obverse. The reverse shows a beam balance with "Justice" in the centre.